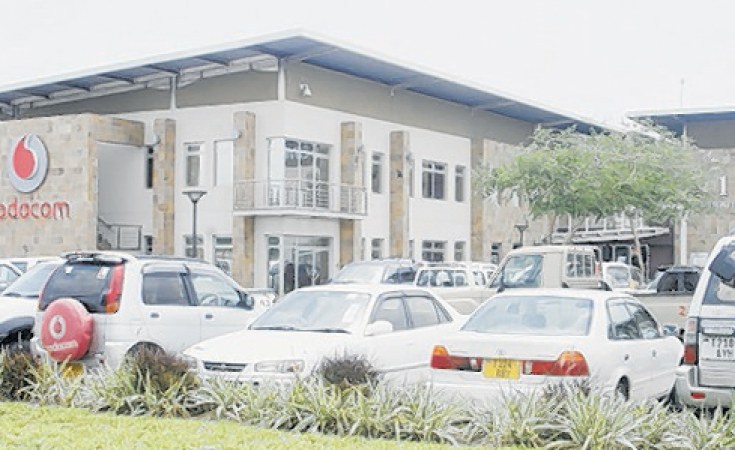 Dar es Salaam — Vodacom Tanzania is in initial discussions with Tanzania Communications Regulatory Authority (TCRA) on the possibility of investing in 5G technology.

This comes as the telecommunication firm was soldiering on with its Sh75 billion investment this year alone in broadband expansion for 3G and 4G technologies across the country.

Managing director Hisham Hendi told The Citizen yesterday that the company was only awaiting regulatory approvals before it can start investing in 5G.

5G refers to the 5th generation technology standard for broadband cellular networks. It is a new global wireless standard after 1G, 2G, 3G, and 4G mobile technologies. 5G enables a new kind of network that is designed to connect virtually everyone and everything together including machines, objects, and devices.

Speaking on the sidelines of celebrations to mark two decades of Vodacom's presence in Tanzania yesterday, Mr Hendi said as soon as the regulator gets 5G spectrum, the firm will not hesitate to start investing in the system.

"But, are we interested in evolution and innovation? Yes, and 5G is an area where Vodacom would like to go towards," said Mr Hendi.

He said they were doing all it takes to expand broadband coverage in the country.

Vodacom's Corporate Affairs director Rosalynn Mworia said the company was making huge investments in 2G, 3G and 4G coverage, with a specific view on ensuring that such services are accessed by 90 percent of the population come 2025.

This, she added, would allow more Tanzanians to have access to life enhancing services and truly transform their lives through the use of technology.

However, she added, the initiatives were being affected by a number of challenges, particularly lack of enough handsets for 4G technology.

Ms Mworia said the industry's players needed to start addressing challenges in 4G technology to tap into the technology which enhances access to wider services.

"It is time the government considered cutting handset costs for easy accessibility," she pleaded.

"For our part, we as Vodacom, we pledge to continue creating enabling spaces, solutions and opportunities for a brighter future."

Since its inception, Vodacom, with a customer base of over 10 million M-Pesa clients, has provided exceptional telecom services by building extensive infrastructure in the country aimed at bringing affordable connectivity to customers.

Going by TCRA data, some Sh2 billion is deposited through M-Pesa agents every hour.

With 15 million Voice and data subscribers and a 32 per cent market share, Vodacom is the country's market leader in telecommunications.

According to Vodacom managing director, the firm has reached more Tanzanians in rural areas through the construction of 218 communication sites, reaching over 200 wards and connecting over 3.6 million Tanzanians to mobile services such as voice, data and M-Pesa.

"Vodacom prides itself for being at the forefront of innovation and in the past years have introduced many firsts in the market leveraging on its superior network and Vodacom people and a constant drive to make life better for customers," said Mr Hendi.

"Vodacom's 20 years journey has been a success, thanks to forged partnerships with employees, the government, media, businesses, customers and the entire community and looks forward to an even exciting future."

Since listing in the Dar es Salaam stock exchange (DSE) in 2017, more than 40,000 Tanzanians own shares in the company and have received dividend payouts.

Mwananchi Communications Limited (MCL) acting managing director Bakari Machumu said Vodacom, which was the first company to introduce mobile money in Tanzania, had a reason to celebrate for being part and parcel of the digital payment landscape transformation.

Mr Machumu, who doubles as the MCL Executive Editor, said Vodacom, which accounts for 40 percent of mobile money market share, had set a stage for providing essential services more conveniently.

Since the 2008 introduction of mobile money services in Tanzania, financial inclusion has more than halved, with M-Pesa playing a vital role, according to Vodacom Tanzania.

It's a fact that mobile technology and connectivity is driving financial inclusion-positively contributing to Tanzania making measurable progress in achieving the UN Sustainable Goals.

Shot in the Arm for 'Great Green Wall' Initiative
Banking