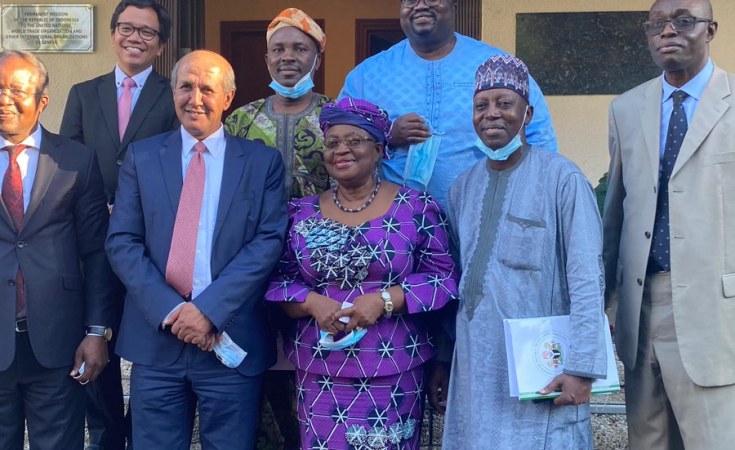 The World Trade Organisation members have selected two final candidates to advance to the final round in the race to lead the Geneva-based trade body, a Bloomberg report said Wednesday.

WTO General Council Chairman David Walker will formally announce the results to the institution's delegates on Thursday morning in Geneva.

By implication, three candidates have been edged out of the race by the selected duo.

The trio did not secure enough support in the second round of consultations, the report said Wednesday evening.

Mrs Okonjo-Iweala was Nigeria's finance minister during the tenures of former presidents Olusegun Obasanjo and Goodluck Jonathan. She has experience working at international international governance bodies as a former managing director of the World Bank and as a chairman at the Global Alliance for Vaccines and Immunization.

Ms Yoo, on her part, is South Korea's trade minister. She has helped expand her country's trade network through bilateral accords with the U.S., China and the UK.

Should the two women be announced to have advanced to the final round of the selection process, the WTO would have its first female director-general in its 25-year history.

At the end of the selection exercises, if the WTO members are unable to select a leader by consensus, a vote requiring a qualified majority could be held as a last resort.

However, this would be an unprecedented development for the 25-year-old organization.

The third and final phase of the consultation process will begin later this month and run until November 6, after which the WTO will endeavor to name a consensus winner of the race.

Ngozi Okonjo-Iweala Named as Finalist for Top WTO Post
Tagged:
Copyright © 2020 Premium Times. All rights reserved. Distributed by AllAfrica Global Media (allAfrica.com). To contact the copyright holder directly for corrections — or for permission to republish or make other authorized use of this material, click here.