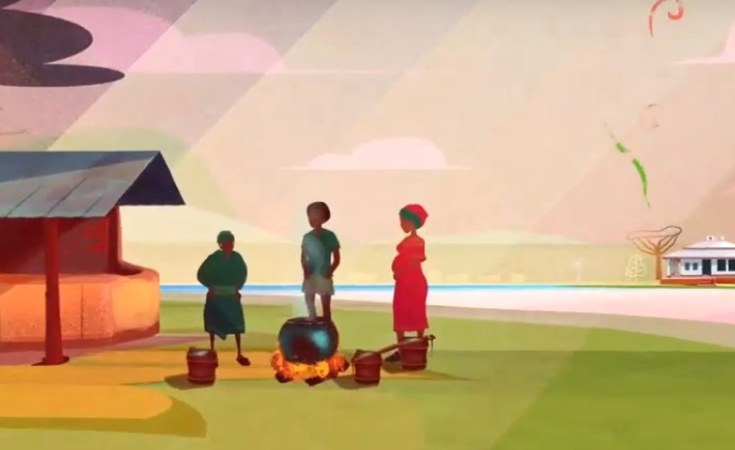 Malaria Consortium
Malaria in pregnancy is a major public health issue across sub-Saharan Africa. It contributes to the death of 10,000 women and causes 100,000 newborn deaths each year. The WHO recommends that from the fourth month of pregnancy, pregnant women should receive anti-malarial drugs once a month for at least 3 months.
The Herald (Harare)
By Roselyne Sachiti

Meandering on the belly of Shamva, about 123km from Harare, is Mazowe River which is rich in gold deposits, making it a source of livelihood for many.

Here, men, women and young children live in makeshift structures made from grass, pole and dagga. Such shelter does little to prevent mosquitoes.

Along the river, mosquitoes also breed, stalking and feeding from blood of the busy fortune seekers.

As such, Shamva is characterised by malaria transmission, which is seasonal.

In this part of the country, Chipoli Clinic is one of the health facilities that attend to malaria cases.

The clinic's environmental health technician (EHT) Martha Mushava reveals there was a rise in malaria cases in early April this year.

Mushava says the increase in cases could be an indication that last year's spraying programme held under the national malaria control drive could not have covered everyone in their catchment area.

She attributes the low coverage to fuel shortages.

"Some of the areas not previously sprayed were not able to be covered," says Mushava.

"Also, Shamva was the last district to be sprayed as the programme was being done at provincial level. Usually when the spraying teams come to Shamva, resources will be almost finished.

"If the spraying team comes in a ward, it sprays that day. The following day we report if some places were not sprayed for example number of rooms and households. Last year we had a number of households that were not sprayed and we reported, but the teams could not return because of fuel problems."

This, she further explains, could have contributed to the rising cases in April 2020.

According to Mushava , the clinic does not only cover households in their catchment area, but some from other wards as Chipoli is the closest clinic to them.

This, she adds, could be another reason why the numbers of malaria cases peaked in their area.

With mining activities rife, men mainly go out to look for gold and seek health services when it's too late.

This is in contrast to females who immediately seek help from Village Health Workers (VHW) who conduct malaria rapid diagnostic tests (RDTs) in the community.

Raising awareness on malaria prevention to men, especially those mining along Mazowe River and in other areas in Shamva is a daunting task because of superstition.

"It's not very easy to give awareness to the males," says Mushava. "Sometimes when working in mines they do not allow women to come to the shafts as they believe gold will disappear if such happens. As a result, female EHTs cannot reach such men with awareness programmes."

This year, she adds, they are expecting to have higher coverage as they have already started the spraying programme's awareness campaign.

"This morning we are engaging community and church leaders so that they can take the message to their people," says Mushava. "This year we are expecting a 95 percent coverage in our spraying programme."

At Madziwa Clinic, situated at Madziwa Teachers College, health officials say they have been attending to four malaria cases each day since last week, an indication of what is to come given that rains are coming.

The Nurse-in-Charge, Nelson Paketi, had just attended to two new cases when we arrived at the clinic on September 30.

"It shows the cases may increase as the rainy season nears. The spraying programme is starting soon, hopefully by next week. We hope this will mitigate the number of cases."

WHO recommends insecticide residual spraying (IRS) as one of the strategies to control malaria.

Zimbabwe has adopted the WHO recommendation of IRS, which has been documented as an effective way to control malaria and has been adopted globally by other national governments.

However, in areas that did not receive IRS last year, Paketi says they have been giving out mosquito nets to pregnant women and young children.

To ensure the mosquito nets are being used, Paketi says they do household follow-ups through VHWs and EHTs.

The follow up stems from their findings that some people collect mosquito nets, but use them for fishing and covering their chicken runs.

Meetings between EHTs, VHWs and the community also revealed that people in their catchment areas have misconceptions about the spraying programme, something they are working hard to address.

"At the meeting, some people said the chemicals being sprayed had no effect. They measured effectiveness by the number of cockroaches that died in their homes after the spraying.

"They were used to the pesticide dichlorodiphenyltrichloroethane (DDT), but now we are using another chemical for spraying. We are trying to educate them that the new chemicals being used are as effective."

Community buy in during the spraying programme is critical.

Paketi adds that local recruitment of spray operators is important. Currently, the communities feel left out as outsiders come to spray.

WHO National Professional Officer, Casper Tarumbwa, says of the key strategies incorporated in the interventions against malaria is social behaviour change communication.

"This is about attitudes and behaviours and that does not change overnight," he says. "We have incorporated that as one of our key strategies to educate the communities on the importance of adhering to preventive measures, we are instituting like the spraying, environmental management, eliminating breeding places for mosquitoes, the use of mosquito nets among others."

Tarumbwa notes that until 2012, Zimbabwe was where it wanted to be in terms of malaria response, but took a down slide afterwards.

This, he adds, was not peculiar to Zimbabwe, but the whole region.

"The main challenge is we were relying on chemicals for mosquito control," says Tarumbwa. "With chemicals you have the challenges of resistance to them. We have challenges of people not accepting their houses to be sprayed as they say the chemicals have an odour etc.

"The other thing is the mosquitoes have adapted, their behaviour has changed to combat chemicals we are using. Its either they feed outdoors or indoors, either rest indoors or rest outdoors. But they are now resting outdoors and fly in and out to feed indoors. These are some of the things that have caused the drawbacks we are talking about."

Tarumbwa is optimistic that research being carried out on other interventions that are not chemically based could help overcome such shortcomings.

He said over the years, WHO has been working with the Ministry of Health and Child Care (MOHCC) through technical support as the Zimbabwe national malaria control programme receives funding from the Global Fund.

The technical support includes training people to do the spraying, mix the chemicals, what precautions to take, what personal protective equipment (PPEs) to use when doing spraying.

"After each spraying season we carry out bioassay tests," says Tarumbwa.

"The chemicals we use are claimed to have residual effect. For example, DDT should last for nine months on walls and should kill mosquitoes for that period.

"We go round testing the DDT to see if it is still killing mosquitoes. WHO also provides equipment to carry out the bioassay work. We do this after each spraying season."

"We also take part in trainings that are done in the malaria response," he says. "We have level one training for provincial, level 2 district, level 3 for spray operators."

Under level 1 (one), training of trainers is done at provincial level. These will train those at the district level. Level 2 (two) involves training at district level to train level 3. Level 3 (three) is the training of spray operators.

"This year it will be different because of Covid-19," adds Tarumbwa. "We expect to have new input that is valid in preventing the spread of Covid-19. WHO has published guidelines for use in malaria control during Covid-19.

"The MoHCC has also developed some guidelines based on those by WHO. We used to have big teams, now they are smaller."

Is Ethiopian Aid at Risk Due to War in Tigray Region?
Travel