Addis Ababa — The Ethiopian Diaspora has reportedly raised over 48 million Birr for the Grand Ethiopian Renaissance Dam (GERD) during the last three months.

In a exclusive interview with ENA, Ethiopian Diaspora Agency Director-General Selamawit Dawit said the diaspora is encouraged more than ever to support the dam, especially after the first phase filling in July.

According to the director-general, the agency has planned to raise 200 million Birr in total this Ethiopian Fiscal Year.

"The agency is making use of the opportunity created to collect money through launching a special campaign, in collaboration with missions and ambassadors. It plans to raise 200 million Birr and this would be the highest amount collected since the commencement of the dam," Selamawit pointed out.

The Ethiopia Diaspora community extended about 71 million Birr last Ethiopian budget year to support the construction of the GERD.

The director-general further stated that the agency has been working to create forums for the diaspora to create awareness among the international community about Ethiopia's right to finish the Grand Ethiopian Renaissance Dam and utilize Nile River.

Besides extending financial support, the diaspora is also exposing the false narrative about the dam, she noted.

Previous Story
Harnessing the Waters of Abay - a Natural Duty Not Will
Next Story
GERD, a Showcase for Domesticating CRGES Into Agenda 2063 and SDG

Harnessing the Waters of Abay - a Natural Duty Not Will

GERD, a Showcase for Domesticating CRGES Into Agenda 2063 and SDG 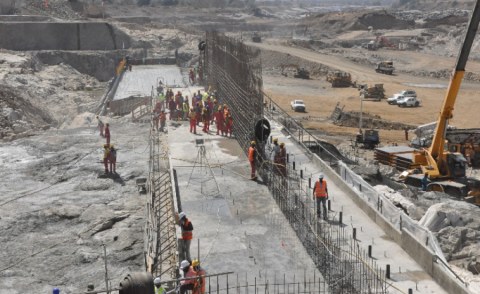 Uproar After Trump Suggests Egypt May 'Blow Up' Nile Dam
Tagged:
Copyright © 2020 Ethiopian News Agency. All rights reserved. Distributed by AllAfrica Global Media (allAfrica.com). To contact the copyright holder directly for corrections — or for permission to republish or make other authorized use of this material, click here.