According to a notice on the demonstrations, women in Blantyre plan to march from the Old Town Hall through Chipembere Highway to Kamuzu Stadium, while in Lilongwe they will march from Kamuzu Central Hospital roundabout to the Parliament buildings.

In Mzuzu, the demonstrations will start from Katoto Secondary school ground to the Mzuzu City Council.

In all areas the demonstrations are expected to start from 10am to 1pm.

Chairperson for the NGO Gender Coordination Network, Barbara Banda , who is one of the organisers for the protests, said the aim is for Malawi women "to make a stand against systemic discrimination in public appointments."

Banda said they want to raise awareness, encourage dialogue and see change in the appointment of women in public positions.

"Our ultimate objective is that we get heard. We want it clearly known that we are no happy," she said.

The appointments by President Chakwera announced in a statement signed by the Secretary to the President and Cabinet, Zangazanga Chikhosi, showed that only nine of the over 60 boards most of them education institutions are chaired by women.

On Monday during a special weekly briefing at Kamuzu Palace in Lilongwe, Chakwera said he will achieve the gender valance during his term as it will be a step by step approach.

But he ruffled feathers of women when he claimed there are few women who are well-qualified challenging the activists to furnish him with curriculum vitae and directory of qualified women to make such appointments.

Women Anger At President Chakwera Justified, Must Do the Right Things - Malawi Paper 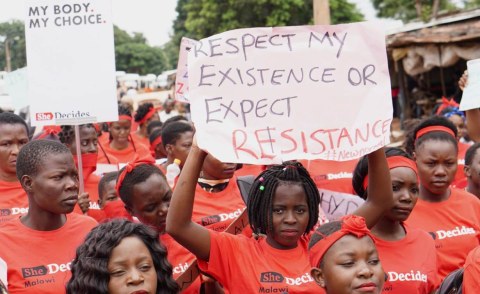 Malawi President Orders Sexual Violence Task Force
Tagged:
Copyright © 2020 Nyasa Times. All rights reserved. Distributed by AllAfrica Global Media (allAfrica.com). To contact the copyright holder directly for corrections — or for permission to republish or make other authorized use of this material, click here.