Uganda: Women Miners Get Political Voice, Urged to Take Lead in the Sector 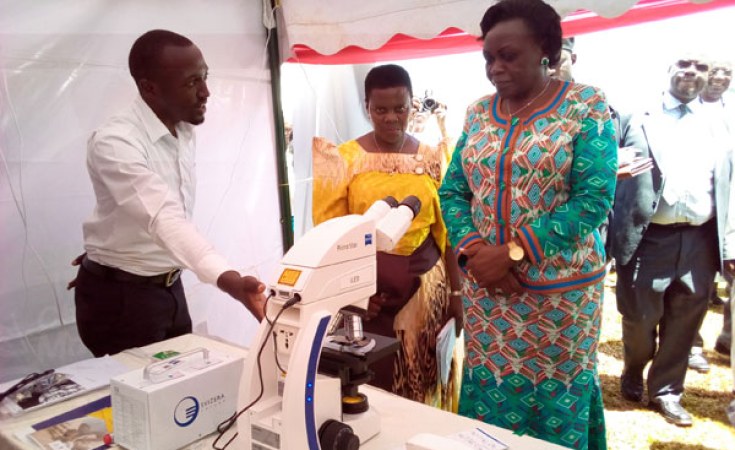 Sarah Achieng Opendi, the state minster for Energy and Minerals Development, has rallied women to embrace mining and take lead in the sector.

The minister's powerful call is particularly an expression of solidarity with and morale booster to women miners who continue to bear the brunt of the challenges in the sector that has overtime been a men's domain.

Opendi was appointed to office in the last cabinet reshuffle, succeeding Peter Lokeris, who, though severally quoted as having miners' interests at heart, never particularly expressed solidarity with women miners. Her appointment makes her the most authoritative voice on mining in the country, particularly giving women miners a political voice.

Speaking at the Citizens Convention on Mining held in Kampala on September 24, Opendi told participants that her ministry continues to call for inclusion of all gender in the mining sector.

"I want to encourage more women to join the mining sector. I hope and pray that more women take up many opportunities, acquire licenses and take the front seat," she said.

Catherine Nyakecho, senior geochemist at the Ministry of Energy and Mineral Development, speaking at the Convention, noted that the artisanal and small scale mining sector is 70% made up of women who usually take on more cumbersome roles like crushing ore, ferrying heavy ore in containers, panning for gold with usage of mercury, sluicing and food vending while at the same time balancing domestic chores.

Yet, the more lucrative roles like extracting the gold and selling the ore are majorly a men's domain, leaving women more disadvantaged. Their situation is exacerbated by domestic violence in their families occasioned by accusations of infidelity and their hard earned money that men often take forcefully for their own pleasure.

According to Doris Buss et al, authors of The Extractive Industries and Society, in some countries, the relative economic opportunities in the ASM sector are comparatively more valuable for women than men. For example, while women in ASM in Uganda earn less than men, women can still earn 335% more at the mine site compared to non-mining activities, while men can only earn 65% more.

Despite this though, the mining laws do not have provisions that specifically address issues pertaining to women ASMs yet initiatives such as the Africa Mining Vision calls for" gender equity" in ASM and the empowerment of women through integrating gender equity in mining policies, laws, regulations, standards and codes."

Buss' study "offers an assessment of how gender operates to organize women's ASM activities and relations in ways that make it unlikely women will access ASM formalization efforts particularly those focused on mining licenses and establishment of mining associations."

It also explores how the gendered organization of mining roles, when viewed in relation to women's disproportionate household and care work, and the gendered norms around what women should do, devalues and delimits women's mining work.

There are just about seven location licenses for women only mining associations in the country and Opendi's rallying call for more women to take up licenses is a progressive move for the ASM sector in Uganda.

Literature on gender relations in the ASM sector is progressively focusing on the important economic roles women can play in the sector particularly on the income-generating opportunities for women involved in the various stages of mineral extraction.

Increasingly, gender considerations are being incorporated into high-level policy documents and due diligence systems such as the 2012 Washington Declaration Diagnostic Framework, launched with support from USAID, which includes a commitment to strengthening women's rights.

Tagged:
Copyright © 2020 Oil in Uganda. All rights reserved. Distributed by AllAfrica Global Media (allAfrica.com). To contact the copyright holder directly for corrections — or for permission to republish or make other authorized use of this material, click here.