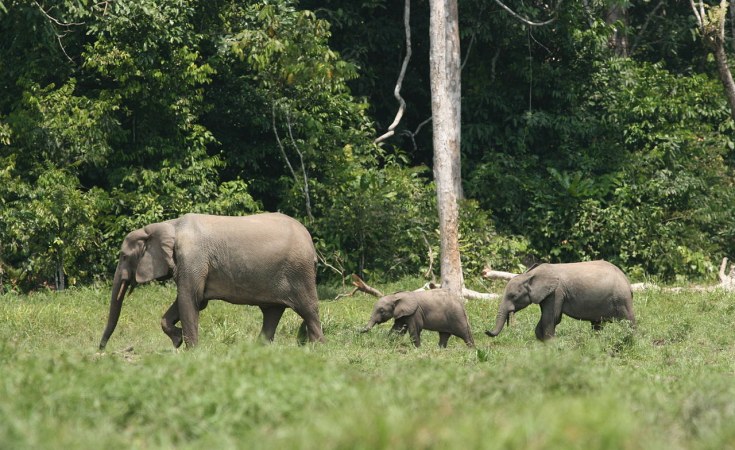 Three lions, four hyenas and an eland were found killed by deadly bush meat snares at Ol Chorro Conservancy near the Mara River in Narok West Sub-County on Monday evening.

A joint effort by rangers from the Kenya Wildlife Service (KWS), Enoonkishu, Ol Chorro, Lemek and Mara North conservancies is sweeping a larger area for snares and will be conducting a full investigation into the matter.

The Mara Predators Conservation Programme broke the news about the death of the three lions from the same pride, which they identified as Rafiki, Lenkume and one of Lenkume's sons. The four hyenas and an eland all fell victim to the snares.

"More than 50 snares were set up in a small area on the periphery of Ol Chorro Conservancy, not far from the Mara River, which is the conservancy border," the Mara Predators Conservation Programme said on its official Twitter page.

The conservancy where the deaths occurred is one of 17 around the Maasai Mara Game Reserve and neighbour a settlement area in Transmara East Sub-County.

It is believed that some poachers crossed into the conservancy and placed tens of snares to trap wildlife for bush meat.

The mishap threw a joint enforcement team led by KWS Senior Warden Richard Chepkwony into action, sweeping a larger area for snares. KWS said it will be conducting a full investigation into the matter.

Mr Chepkwony, who spoke to the Nation on the phone, confirmed the Monday incident, saying; "We are headed to the scene to carry out more investigations into the matter."

It is believed that the eland was the first to be trapped, and led the lions to the scene and the hyenas followed. All fell victim of the many snares placed in low ground levels.

According to a ranger in one of the conservancies, Mr Daniel Lemayian, hunting for bush meat is rampant in the Mara Triangle and conservancies bordering the Transmara Sub-County, as poachers lay snares to trap gazelles, impalas, topis, buffaloes, and wildebeest, among other game.

Mr Lemayian pointed out that the Big Five are also top on the poachers' list, adding that they once rescued a trapped baby elephant in 2019.

Rangers across the Mara constantly remove thousands of bush meat snares every year.

In the past few years, field rangers in Mara have arrested more than 100 poachers, traversing the vast Mara Triangle and going as far as Serengeti in Tanzania.