Kenya: Fate of Over 4,000 Baringo Learners Uncertain As Schools Reopen 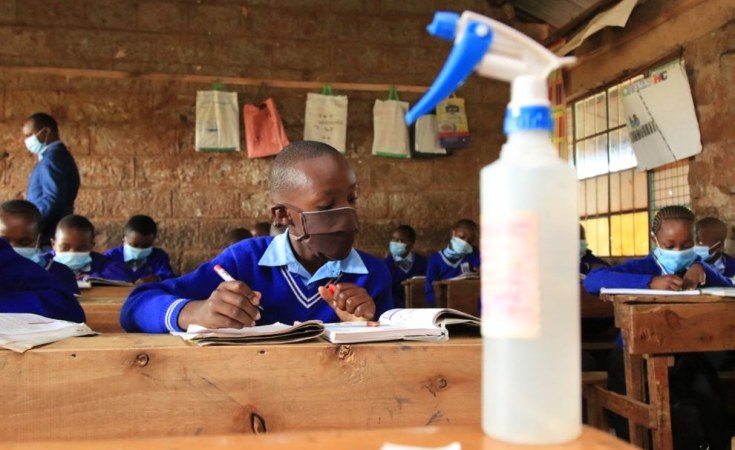 As schools re-open today, the fate of more than 4,000 learners from 15 schools in Baringo South hangs in the balance after their classrooms were submerged. Thus is after lakes Baringo and Bogoria broke their banks.

Parents lamented that the classrooms are yet to be reconstructed despite the government having promised to do so before schools reopen.

"We are requesting for urgent intervention from those concerned. Lake Baringo Secondary School has, for instance, been relocated to a higher ground, but no construction has begun. Our children have nowhere to call school," said John Cheboi, a resident of Kampi Samaki.

"The schools should be rebuilt before any plans to re-open schools are put in place," said Anyaman Lemekuran, an elder.

The residents have expressed fears that preparation for the national examinations will adversely be affected by the calamity, which has also displaced more than 10,000 people.

"Our people had fled to areas adjacent to the lakes after they were displaced from their homes by armed bandits. We have now been displaced by the floods. We have nowhere to go," said Stephen Lemarteu, another elder.

The residents claimed that armed bandits have occupied their homes in places such as Ruggus, Nosukro, Mukutani and Arabal. "The government has the capacity to flush them out and relocate us to our homes. Bandits should not be allowed to roam freely. I wonder how our children are expected to compete with their counterparts in other parts of the country under such harsh conditions," said John Lesaningo, a resident.

It also emerged that many parents will not be able to raise school fees after all their businesses and food crops were destroyed.

Baringo South Sub-County Education Director George Okeyo noted that the floods had adversely affected schools, with a number of them completely submerged.

"We have instructed teachers from all the affected schools to report to the Teachers Service Commission offices in Marigat so that their roll call can be taken there as they wait for instructions on what to do next," said Mr Okeyo.

He noted that arrangements have been put in place to ensure that the affected learners will be absorbed in other neighbouring schools.

"However, there are some learners who will not be accommodated elsewhere because their schools are tens of kilometres away. They will have to learn under trees as arrangements are made to put up new buildings."

Covid-19 - Turkana Closes Isolation Centres in Schools Ahead of Reopening