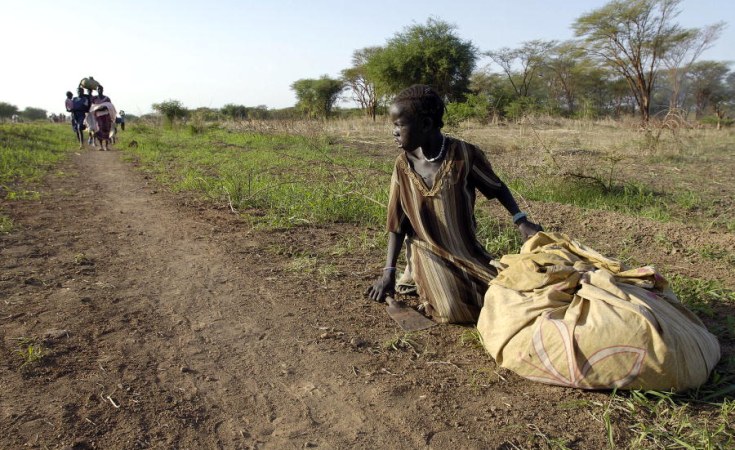 The faction's vice president, Ali Hamed reported from Juba, on Thursday, that the he had signed the peace agreement on behalf of the rebel group, in the presence of the South Sudanese mediation team. At the time, Kazaski was reportedly in France due to an emergency.

Kazaski said in a statement on Friday that nobody was told to sign the agreement, explaining that: "Our vision and our position are clear. We refuse to sign the Juba peace agreement."

He also stated that they will not apply to join the SRF.

The government and most armed movements in Sudan signed a comprehensive peace agreement last week. All major armed movements in Sudan are involved in the peace agreement, except Sudan People's Liberation Movement-North led by Abdulaziz El Hilu (SPLM-N El Hilu*) in South Kordofan and parts of Blue Nile state and the mainstream Sudan Liberation Movement under the leadership of Abdelwahid El Nur (SLM-AW**).

The Darfur Displaced and Refugee Camps General Coordination renewed its rejection of the Juba Peace Agreement, describing it as "partial, not comprehensive".

El Shafee Abdallah, leading member of the Coordination, described the agreement as "a peace of quotas and positions which does not represent the Sudanese people as much as the signatories," he told Radio Dabanga.

"We assure the international, regional, and local communities that peace is irrelevant while no justice has been served and while wanted persons are not taken to the International Criminal Court in The Hague," which in 2009 and 2010 issued warrants for former president Al Bashir's arrest over alleged atrocities during the conflict in the western region of Darfur.

Abdallah reiterated that Darfur displaced and refugees support the internal dialogue initiative proposed by Abdelwahid El Nur, co-founder and head of the mainstream Sudan Liberation Movement, to reach a just and comprehensive peace, complete security and stability in the country, with the participation of all Sudanese people.

The governor of East Darfur has called on El Nur, currently living in the French capital of Paris, to return to Sudan and lead the peace initiative, in order to ensure that issues in Darfur are fully addressed.

Sudanese refugees in Chad told Radio Dabanga that they welcome the peace agreement in Juba, however they lament their absence from participating in the negotiations and the wider peace process.

Sheikh Ibrahim Salih, one of the sheikhs of the Kounongou refugee camp in eastern Chad, said he welcomes the Juba peace agreement signed between the rebel movements and the government.

"We have heard, like others, of the signing of the peace agreement without our participation, and we are the owners of the cause."

The sheikh made it clear that as refugees, they support a just and comprehensive peace that preserves their full rights as refugees. They do not support a peace that "remains on paper and is never applied on the ground."

In an interview with Radio Dabanga last month, Ahmed Adam, a Darfuri specialist in international law and conflict resolution, said that the peace agreement contains a number of risks, "the most important of which are the absence of regional and international guarantees and the lack of donors and financiers, in addition to the fact that the two main rebel groups have not signed the peace agreement yet, the continuing insecurity in Darfur and the position of the displaced and refugees.

"New wars may erupt in the event the implementation of the peace accord fails due to the absence of funds," he warned.

Previous Story
The Obstacles to A Landmark Peace Deal
Next Story
Sudan Peace Implementation Will Cost More Than U.S.$7.5 Billion

The Obstacles to A Landmark Peace Deal

Bullets, Rains Hamper Health Workers in Sudan
Tagged:
Copyright © 2020 Radio Dabanga. All rights reserved. Distributed by AllAfrica Global Media (allAfrica.com). To contact the copyright holder directly for corrections — or for permission to republish or make other authorized use of this material, click here.