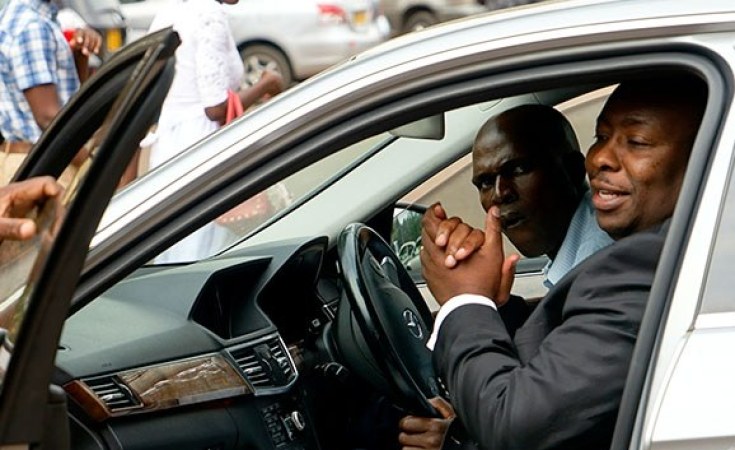 President Emmerson Mnangagwa's administration through the National Prosecuting Authority (NPA) has officially approached the South African government to facilitate the extradition of former cabinet minister Saviour Kasukuwere to Zimbabwe to answer to four counts of criminal abuse of duty as a public officer.

According to state media, the first three counts that Kasukuwere faces, arise from the time he was Local Government Minister, and he corruptly parcelled out over 220 hectares of land in Harare and Masvingo to the sister of former First Lady Grace Mugabe, Shuvai Gumbochuma.

The other count dates back to when he was Youth Minister of Youth, and he corruptly awarded a tender Brainworks Capital to undertake brokerage services without following laid down procedures.

According to the state media, the indictment papers have since been prepared and Kasukuwere will be tried as soon as he is brought home.

Nelson Mutsonziwa, in an affidavit commissioned by chief law officer Chris Mutangadura, assured the South African government that the criminal charges preferred against Kasukuwere were not political and that he should be brought to court within a reasonable time for justice to prevail.

"This request is not being pursued for political reasons or any ulterior purpose. Zimbabwe guarantees that Saviour Kasukuwere will receive a fair trial in terms of the laws of Zimbabwe. The Republic of Zimbabwe also undertakes to render assistance to the Republic of South Africa in any criminal matter," reads part of the request.

However, there is no formal extradition agreement between South Africa and Zimbabwe.

Kasukuwere is accused of showing favour to former Gumbochuma by offering 150ha of land to eight developers and giving it to Gumbochuma's unregistered company, Rodonior (Pvt) Ltd and seven others.

The eight entities had been allocated the land by Kasukuwere's predecessor in the Ministry of Local Government, Ignatius Chombo, but Kasukuwere withdrew the offer saying he now wanted to use the land for "other pressing issues".

Land use was never changed, but all the land was then given to seven other companies, including Rodonior (Pvt) Ltd.

Meanwhile, according to the state media, the government is awaiting for a response from South Africa following a request to have another former cabinet minister, Walter Mzembi, extradited for trial on theft and fraud charges.

Mzembi skipped bail while on remand on charges of criminal abuse of duty and theft of trust funds involving US$847 000.

Mzembi allegedly committed the offences when he was Minister of Tourism and Hospitality Industry and was spearheading Zimbabwe's co-hosting of the United Nations World Tourism Organisation Conference in August 2013.

He is believed to be staying in South Africa since he skipped bail on the criminal charges some two years ago.

Kenya is also expected to respond to Zimbabwe's request for the extradition of former Minister Jonathan Moyo, who is accused of diverting US$244 575 from the Zimbabwe Manpower Development Fund.

'My Hands Are Clean Over Chitungwiza Demolitions' - Kasukuwere