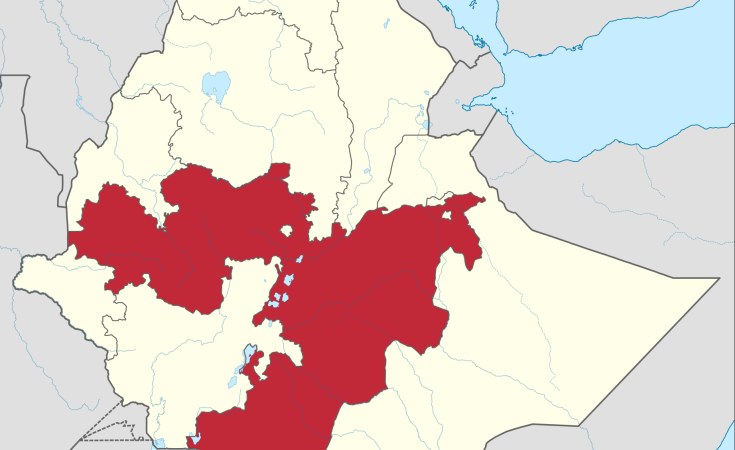 Addis Abeba — "We just buried him, this is a sad day for us. A promising youth's life cut short, too soon. May Allah have mercy on him and grant his family patience." said Hussien (name changed upon request) who spoke to Addis Standard after performing Janaza prayers at the Grand Mosque in Roobee on Awal Abdurro. He added, "Nothing is fine or will be fine as long as we live in a police state."

His statements came after the appearance of a video circulating in social media of what seemed as the forming of a gathering of young residents of Robe (Roobee), Bale Zone, Oromia Regional State. The gathering soon turned into a protest demanding the release of all political prisoners and in the twenty seconds video the youth could be heard chanting 'Free Hamza Borana'. That prompted a reaction by members of the Oromia Special Police members at an attempt to disperse it. In the short video members of the Oromia Special Police are seen running into the protestors then sounds of gunshots are heard in the background. Soon after the surfacing of the video, reports on the death of Awal Abdurro and the injury of another protester started flooding social media. Addis Standard was able to confirm the death of Awal Abdurro, the injury of unidentified youth and the arrest of a dozen.

Aman, an eyewitness, for safety reasons wants to be identified by his first name only, was present and on his way home from work when he saw people running in all directions. He told Addis Standard over the phone, "Immediately I knew something was wrong, I took cover inside a nearby coffee shop and I left only when things started calming down. When I reached home I learned of what happened and I went for the funeral prayer. I knew the kid and I wish that his loss isn't looked over." When asked about the nature of the protest Aman replied, "What I know is that there are some people arrested, Awal died and another person was injured."

Addis Standard contacted Oromia Special Police Force Commander repeatedly for a comment on the death, injuries and arrests that occurred in Roobee but it was unsuccessful. AS