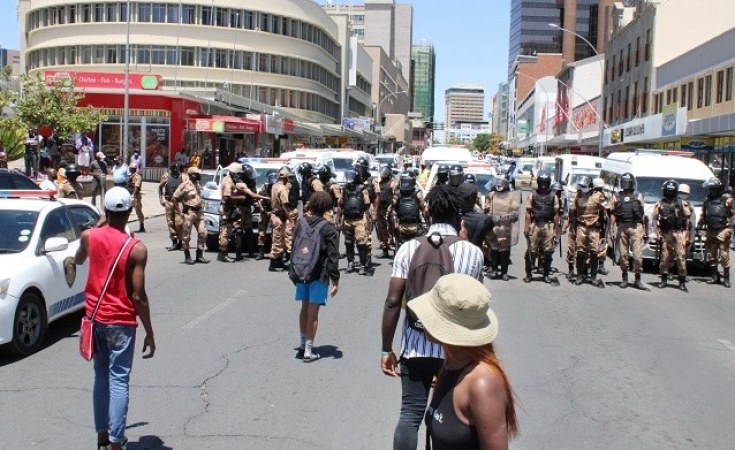 The Namibian
DETAINED ... An anti-femicide protest turned volatile after the Special Reserve Force was dispatched and tear gas and rubber bullets were fired at the crowd. Twenty-four protesters and three journalists were detained but later released.
The Namibian (Windhoek)
By Yokany Oliveira

A GROUP of protesters who on Friday marched to the Ministry of Gender Equality, Poverty Eradication and Social Welfare's head office in Windhoek have called on the ministry's two political heads to resign.

Reading a resignation letter on behalf of the anti-sexual and gender-based violence (SGBV) movement, activist Ndiilo Nthengwe said the ministry has failed to come up with an action plan against SGBV. The movement called on gender equality minister Doreen Sioka and her deputy, Bernadette Jagger, to resign.

"This ministry should actually be at the helm of leading this protest. Where was minister Doreen Sioka when we were marching yesterday? Is this not also on her agenda?" Nthengwe said.

She said the minister and her deputy have disappointed the youth, teachers, mothers and daughters in Namibia, and added that Sioka made insensitive remarks to victims of gender-based violence. Nthengwe said Sioka was also using her own moral convictions to impose in the law of Namibia.

Sioka did not respond to questions by The Namibian.

"We should not trivialise the essence of debate to wrong behaviour and language. The youth carry the brunt of rape and body mutilations, so let's focus on GBV as a substantive issue and to put enough deterrent measures," he said.

Venaani said ministers have used "foolish" analogies but the main issue was gender-based violence and the correct approach to find solutions.

"Young people's language and insults are anger influenced by a spiralling problem. Fix the problem then the mannerism," he said.

Rally for Democracy and Progress leader Mike Kavekotora is also in agreement with calls for the minister to resign.

"When we spoke about GBV in parliament, she kept on telling us the government is doing something about it," he said, "Doreen Sioka in my view does not have the capacity to address gender-based violence."

He said the president's appointments of ministers are not based on meritocracy, but political considerations.

"The reality is that Sioka made some unsavoury comments on GBV in parliament referring to things like 'AK-47' and 'sticks' referring to men's private parts, thereby undermining the fight against GBV," he said.

He also charged that there were a lot of women from the ruling Swapo in parliament who were content to undermine the fight against GBV.

"You could see how deputy minister Bernadette Jagger was opposing our young parliamentarian Utaara Mootu when she was saying that we discuss the protesters' petition on an urgent basis," he said.

Anger Over Gender-Based Violence Spills Onto the Streets

We Feel Your Pain - Govt 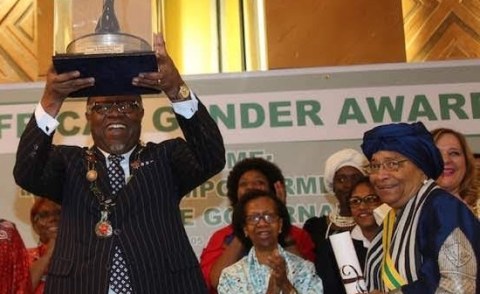 Two Legs for Economic & Gender Emancipation - President #Namibia
Tagged:
Copyright © 2020 The Namibian. All rights reserved. Distributed by AllAfrica Global Media (allAfrica.com). To contact the copyright holder directly for corrections — or for permission to republish or make other authorized use of this material, click here.