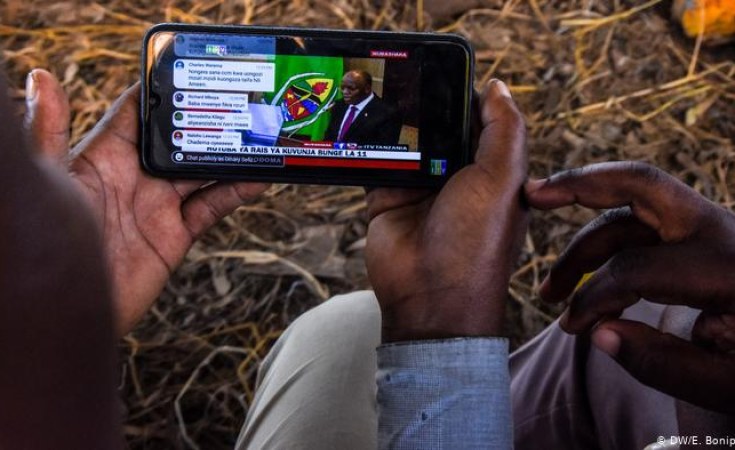 Tanzanian authorities have intensified a clampdown on opposition parties and media organizations ahead of nationwide voting on October 28, according to a new report by Amnesty International.

Opposition leaders were facing harrassment, arbitary arrest and intimidation from authorities, whereas the ruling party was allowed to campaign free and unhindered for the October 28 polls, a report from the human rights group said.

The report, Repression by Law ahead of Tanzania general elections, detailed cases of arbitrary arrests of opposition leaders and journalists in 2020 and highlights the challenges these groups face ahead of the elections.

President John Magufuli has been in power since 2015 and is seeking reelection under the ruling Chama Cha Mapinduzi (CCM) party.

Initially lauded for his bold anti-corruption statements, economic development, and infrastructure plans, Magufuli's autocratic style has turned him into an uncompromising leader and intolerant of any dissent.

Magufuli's administration passed a raft of repressive legislation exerting an alarming level of control over the country's politics and society, according to Amnesty.

"Tanzania has come with repressive and unconstitutional laws," Roland Ebole, a researcher at Amnesty, said during a webinar to launch the report. "Every other month there are new laws, and you don't know when you are breaking the law."

The new regulations seek to limit international media coverage of Tanzania's elections. For instance, foreign journalists must now be accompanied by a government minder, and political parties have been warned that meeting foreign diplomats may violate laws governing political parties.

"What Magufuli is doing is an extension of authoritarianism in Tanzania and that we must bleed for Tanzania," said Willy Mutunga, Kenya's former Chief Justice and President of the Supreme Court. "The judiciary is not upholding the constitution."

In a further attempt to limit international scrutiny of human rights in the context of the elections, Tanzania's new laws are meant to justify its actions against critics.

Suba Churchill, the coordinator of the National Civil Society Congress in Kenya, said the people and civil society of Tanzania deserve everyone's support. "For years, Tanzania was the refuge of choice for those running away from repression in Kenya and Uganda."

"The role that Tanzania played in restoring normalcy in Uganda and Rwanda cannot be overlooked, yet we see the deterioration of civil liberties in Tanzania."

In May 2020, police arrested a famous Tanzanian comedian Idris Sultan after a video clip of him laughing at a throwback photo of President Magufuli went viral on social media. He was released a week later on a police bond of 15 million Tanzanian shillings ($6,550, €5,550).

Idris Sultan was in court at least four times to answer trumped-up charges of failing to register a SIM card previously owned by another person.

Martha Karua, Kenya's former justice minister and presidential candidate, said there has been resistance to Magufuli's oppression inside Tanzania, albeit threats.

"We can see that there's resistance even though it has been interrupted, I think all we can do is support them and stand in solidarity with Tanzanians."

The rights organization called on the UN, AU, SADC, and EAC to pressure the Tanzanian authorities to respect human rights.

"Tanzania has weaponized the law to the point that no one knows when they are on the right or wrong side of it," said Muchena, Amnesty International's Director for East and Southern Africa.

"Politicians have been arrested for holding or attending meetings, media houses suspended and banned, online activism criminalized, and NGOs stifled with endless regulations."

In its report, Amnesty also cites a string of opposition arrests. Joseph Mbilinyi, a candidate with the main opposition party Chama cha Demokrasia na Maendeleo (Chadema) party, was arrested and released on August 14.

Authorities accused him of organizing an "unauthorized demonstration" because his supporters accompanied him as he collected his nomination papers from the National Elections Commission (NEC) offices in Mbeya.

The leader of the opposition Alliance for Change and Transparency (ACT - Mzalendo), Zitto Kabwe, was arrested on June 23 with seven party officials, for holding an "illegal assembly" because they attended an internal party meeting.

And on June 12, he was summoned to explain his meeting with British High Commissioner Sarah Cooke, allegedly in contravention of Section of The Political Parties (Amendment) Act, which states that "a non-citizen shall not participate in the decision making process of a political party to promote the objectives of that party."

Amnesty called on Tanzanian authorities to end arbitrary arrests of opposition politicians, allow media outlets and NGOs to operate freely, and permit independent observers to monitor and speak out about human rights issues.

The rights body also urgeed President John Magufuli to ensure accountability for election-related human rights violations as part of a broader human rights reform and turn the page on the government's increasing repression and crackdown on the civic space."

U.S. Congress Presses Tanzania to Conduct Free and Fair Election
Tagged:
Copyright © 2020 Deutsche Welle. All rights reserved. Distributed by AllAfrica Global Media (allAfrica.com). To contact the copyright holder directly for corrections — or for permission to republish or make other authorized use of this material, click here.