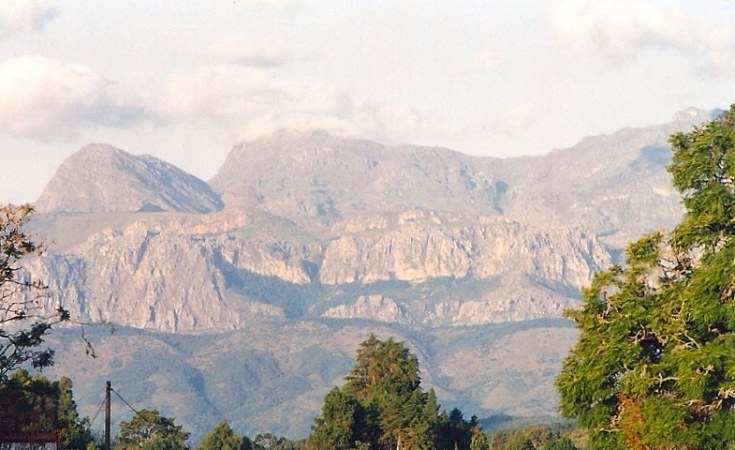 Chimanimani, Zimbabwe — Communities in the Chimanimani Mountains say miners are poisoning their water, digging up rivers and cutting into caves

Known for their rugged ranges, grassy plains and forest waterfalls, the Chimanimani mountains in eastern Zimbabwe have long been a popular destination for tourists - and gold miners hoping to strike it rich.

Travel restrictions to slow the spread of COVID-19 have kept the tourists away, although some attractions reopened last month.

But illegal mining has surged as miners take advantage of the lack of visitors, leaving a trail of environmental destruction in their wake, say researchers and activists.

"The waters are being polluted; the biodiversity poisoned; endemic plants dug up (and) trampled; animals and birds poached; (and) litter strewn all over the mountains," said Julia Pierini, head of BirdLife Zimbabwe, a non-profit.

Activists, industry experts and some of the miners themselves say rangers employed by the Zimbabwe Parks and Wildlife Management Authority (Zimparks) to protect Chimanimani National Park are involved in the illicit activity.

"For the past couple of years, we have been seeing illegal gold miners in the mountains, but suddenly during lockdown we started to see hundreds of them," said Collen Sibanda, vice chairman of the Chimanimani Tourist Association (CTA).

"Zimparks is recruiting people. They are organising these syndicates."

Lenny Kwaramba told the Thomson Reuters Foundation that he had been mining in the mountains without a license since March.

"I thought it was legal because we were working with the rangers," said Kwaramba, whose name has been changed to protect his identity.

"We were given a target, we would sell about 40 grams of gold per day," he continued, explaining that as the miners came back down the mountain, the rangers would take the gold and pay them in U.S. dollars.

That was until August, when the military and police were deployed to help the rangers evict the miners.

"I had to run for my life," Kwaramba said. "They were firing at us. Some (miners) were injured and others are missing."

Zimparks spokesman Tinashe Farawo said the authority was looking into claims that the park's rangers had a hand in the illegal gold mining.

"We have heard such reports. We are currently investigating the allegations," he said in a phone interview.

"We are calling upon (everyone) to forward any evidence that our officers are involved. We want to ensure we protect these forests for the benefit of the future generations."

There is no official data on the number of illegal gold miners in the Chimanimani Mountains, but authorities note that around the country their ranks have risen in recent years.

As Zimbabwe experiences its worst economic crisis in a decade, with crippling hyperinflation and unemployment, young people are venturing into illegal gold mining in a bid to earn a living.

Gold panning in Chimanimani is mostly small-scale and informal, according to a 2016 research paper by the Royal Botanic Gardens at Kew in London.

The paper estimated that the output from artisanal gold panning in the area from 2007 to 2011 was between 600-to-900 kg per year, with less than half of that amount being officially recorded.

The latest census data shows about 135,000 people live in the area around the Chimanimani Mountains, on the border of Zimbabwe and Mozambique.

That population, made up of various indigenous communities, is still recovering from last year's Cyclone Idai, which caused $622 million worth of damage, mainly in Chimanimani and Chipinge districts, according to government officials.

And now, say locals, they also have to endure the ecological impacts of illegal mining.

Pierini at BirdLife Zimbabwe said the mountains are an important watershed area with ecologically sensitive wetlands that provide most of the water used by communities in the valleys below.

"With a changing climate, on the back of Cyclone Idai last year and drought conditions this year, mining in the Chimanimani Mountains represents an ecological catastrophe," she said in emailed comments.

"If not halted permanently, (it) will no doubt pave the way for another humanitarian crisis," she added.

As they follow the gold belt, the miners drain springs, dig up riverbeds and cut into caves, Pierini said.

Their activity fills the water with silt, making it unliveable for marine life and largely unusable by people, she noted.

The miners also use chemicals such as mercury and cyanide to separate gold from the ore and the soil, leaving people and wildlife downstream with highly toxic water, said Chief Raymond Saurombe, a leader of Chikukwa Village in Chimanimani.

"For a chief to be respected, one should have his or her dams, caves and springs," he explained.

"Now that all these are being invaded by the miners, We will be soon left with nothing. These sacred places are what give us recognition as chiefs."

In response to a rise in illegal mining along riverbeds all over the country, Information Minister Monica Mutsvangwa said in a cabinet press briefing in September that, apart from a few exceptions, "all riverbed alluvial and riverbed mining on rivers is banned with immediate effect."

The Zimbabwean government has for the past few years been trying to register all small-scale artisanal miners, but critics say the lack of implementation means the number of illegal miners continues to grow.

As the cabinet works on creating policies to make mining in the country more sustainable, Mutsvangwa said it has resolved to also ban licensed mining activities in the country's national parks.

National parks are protected by law, but those protections are sometimes overridden to grant mining rights to big companies, explained Simiso Mlevu, communications officer for the Centre for Natural Resource Governance, an advocacy group.

More than 15 mining licenses had been granted in national parks around the country over the past decade, Mlevu said via WhatsApp.

Deputy Minister of Mines Polite Kambamura said that small-scale miners should register their mining activities to ensure they follow proper mining standards and do not harm the environment.

"It is a punishable offence for one to mine without registration. Besides poor mineral accountability and environmental damage, proper mining standards are not being followed in these areas," he said on WhatsApp.

Since law enforcement agents evicted the illegal miners from the Chimanimani Mountains in August, the local communities have had some respite from the gold rush.

But as long as miners continue to be drawn to the area, Chief Saurombe fears the mountains' famed legends and mysteries are under threat.

"We have our sacred places that include dams with mermaids and caves in the mountains. These sacred places are important to us," he said.