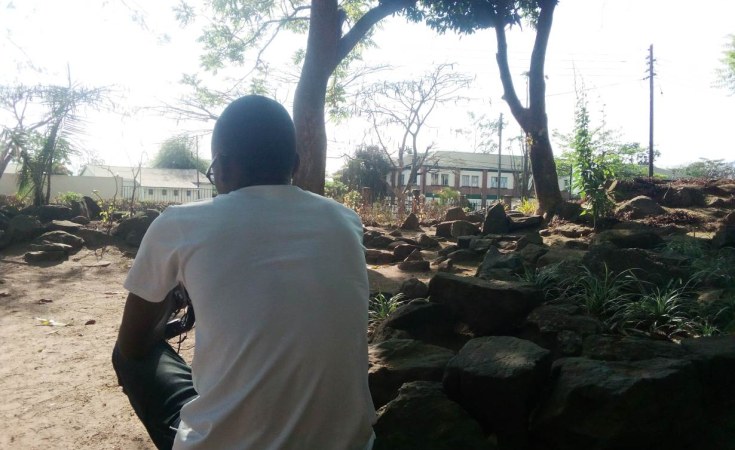 Malawian student Kondwani has fought against the stigma of being HIV-positive for most of his life, but COVID-19 has reignited old prejudices and given rise to a new term of abuse - "corona carrier".

A widely held misconception that HIV-positive people are at high risk of catching the coronavirus is fueling discrimination and making it harder for them to access the medical care they need, health activists in the southern African country said.

Kondwani, 24, said it was also spreading anxiety among the 1.1 million people who live with HIV in Malawi - which has one of the world's highest HIV rates, according to UK-based charity Avert.

"This stigma is bringing unnecessary fear on those living with HIV," Kondwani, who asked to give only his first name, told the Thomson Reuters Foundation.

The evidence for any link between HIV and COVID-19 is still evolving, said Peter Godfrey-Faussett, senior scientific advisor for UNAIDS, the joint U.N. programme on AIDS/HIV.

"While being HIV-positive does appear to slightly increase the risk for catching COVID-19 or for developing stronger symptoms, the risk is still much, much lower than for other conditions or characteristics such as advanced age, obesity or diabetes," he said in an email.

However, many HIV-positive Malawians are now so scared of becoming infected with COVID-19 they are staying at home - skipping appointments to pick up medication or missing support group meetings, health workers and campaigners said.

There has also been a 35% drop in the number of HIV tests conducted during the lockdown, said Nuha Ceesay, UNAIDS' country director, and health activists fear the COVID-19 pandemic could roll back years of steady progress to tackle HIV/AIDS in Malawi.

"If you cough or sneeze, people assume you have COVID, especially if they already know you are HIV-positive. People are now afraid to talk openly about their status," said Grace Ngulube, 25, a Malawian health activist based in Blantyre.

According to the U.S. Centers for Disease Control and Prevention (CDC), key risk factors for people with HIV getting very ill if they catch COVID-19 are having a low CD4 cell count or not receiving effective antiretroviral (ART) treatment.

Of the 1.1 million HIV-positive Malawians, some 802,000 are taking antiretroviral medication, said Ceesay from UNAIDS.

Malawi has been relatively mildly affected by the coronavirus so far, with 5,800 confirmed cases and about 180 deaths, according to the African Centre for Disease Control.

But the pandemic has dealt a serious blow to the economy, forcing the government to channel budget resources toward healthcare and seek external financing to plug its fiscal deficit and ensure food security.

It has also forced aid groups and healthcare facilities in the country of nearly 18 million to rethink medical treatment and education campaigns for major public health crises such as HIV/AIDS.

"Voluntary male circumcision and HIV awareness programmes were suspended, mainly to make sure people don't gather in crowds and expose them to COVID-19 risks," Ceesay said.

Hope Banda, a 22-year-old community development student, said she and other HIV-positive people had been treated with suspicion by staff during recent hospital visits.

"Most of us are now afraid to visit hospitals because at the gate they check our health passport books," Banda said, speaking at her grandmother's home in Blantyre.

Health passports in Malawi document a patient's medical history - including their HIV status.

The director of the Health Ministry's HIV Treatment Unit Rose Nyirenda dismissed Banda's allegations that HIV-positive people were being treated any differently.

"I don't think it's true," Nyirenda said, adding that only if people were actively coughing from asthma or tuberculosis could they possibly be stigmatised as having COVID-19.

"Why should they pick on someone with HIV? Because most of the people with HIV are on antiretrovirals and just live a normal life," she said in a phone interview.

Her department has sought to reduce congestion in wards and consulting rooms during the pandemic by dispensing enough medication to last patients for six months.

"We've now seen a trend where some of our members are being accused of being corona carriers," she said, adding that some members had been finding it harder to check their viral loads or access sexual health services as hospitals prioritise COVID-19.

"People just need to get information from credible sources," she added.

Banda's priority during the pandemic has been ensuring her members can access reliable health information about how to keep themselves healthy.

"We've been distributing personal protective equipment to our members while educating them on HIV and coronavirus," she said.

Lockdown restrictions have complicated such efforts, but door-to-door visits, online chats and phone calls have become part of groups' support programmes during the pandemic.

Ngulube, the Blantyre-based activist who founded the National Association of Young People Living with HIV, has been using WhatsApp to keep in touch with members too scared to meet in person.

Echoing Banda, she said knowledge was key to fighting fear and prejudice against people living with HIV:

"We need civic education to fight these dangerous misconceptions."

This story is one in a series supported by The Global Fund to Fight AIDS, Tuberculosis and Malaria. www.theglobalfund.org