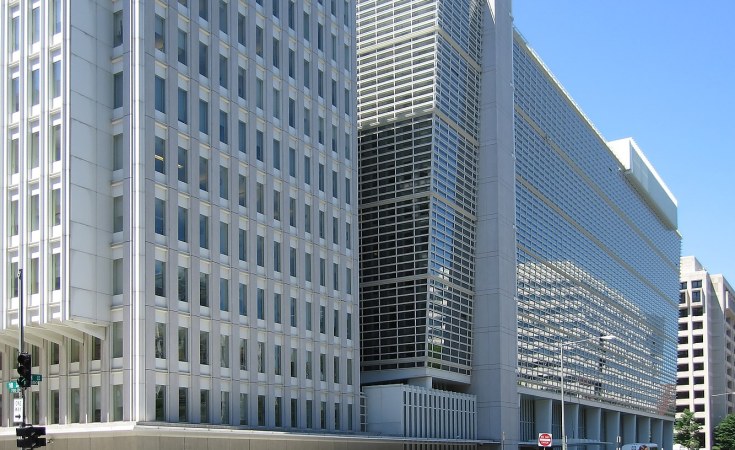 Amman — A growing number of poor countries, some already in humanitarian crisis, will soon have to choose between servicing their lenders or helping their most vulnerable citizens, as the World Bank and the International Monetary Fund are warning that the tools to deal with a looming debt crisis aren't up to the job.

Low-income nations were due to pay at least $40 billion to banks and bondholders this year, and plans to pause some of those interest payments - let alone cancel any of the principal - are patchy and "too shallow", according to the World Bank.

Meanwhile, the UN's flagship $10.19 billion appeal to raise emergency funds to help the poorest countries respond to the coronavirus pandemic and its humanitarian fallout is stuck at around $2.8 billion.

Development economists say the impacts of COVID-19 and the global recession threaten to push 150 million people into extreme poverty and cause a "lost decade" of reverses and long-term economic "scarring".

World Bank chief David Malpass said this week that, unchecked, the impact of the recession could be "a threat to the maintenance of social order... and even to the defence of democracy." Malpass said "enormous budget deficits and debt payments" are "overwhelming" some countries.

The IMF, meanwhile, has warned that the world is at a "critical juncture" to prevent a pandemic-related "debt quagmire", which could hit people in low-income countries the hardest. The whole "architecture" of debt owed by countries needs an overhaul, it said in a 1 October blog.

The World Bank will propose new help for countries in "unsustainable" debt, Malpass said in a 5 October speech, calling for debt write-offs as the world faces what he called an "inequality pandemic". A World Bank spokesperson contacted by The New Humanitarian couldn't offer details of the new plans, but new policy announcements are expected at the institution's autumn meetings starting 14 October, according to analyst David McNair.

"Countries need money now to respond to the pandemic, and the quickest way to do that is to basically stop [debt] repayments," McNair, executive director for global policy at the ONE Campaign, told TNH.

The 76 countries with the lowest incomes owe at least $573 billion in debt and are due to pay about $41 billion to service those debts in 2020, according to ONE. But those bills are competing with rising domestic demands, dwindling tax revenues, falling remittances, and shrinking economies.

Finance ministers facing that kind of "liquidity crisis" face "impossible decisions", McNair said: Whether to prioritise health and other domestic needs over debt obligations. While the G20 richest countries are "throwing out the fiscal rulebook [and] printing money", poor countries are "required to comply with the old rules", he added, referring to this as a "double standard".

When a state cannot or will not pay back even some of its loans - a sovereign debt default - it becomes harder to borrow or attract investment in future, opens up legal liabilities, and can have destabilising knock-on effects. Those can include "capital flight and fiscal austerity", according to IMF research.

Credit ratings firm Fitch says Argentina, Ecuador, Lebanon, and Suriname have defaulted already, in what it predicts will be a record year for defaults, while Zambia has started "a default-like process".

Several countries facing the greatest risk of default also receive substantial international aid to meet humanitarian needs. The World Bank and the IMF list Mozambique as one of eight countries in "debt distress", while 28 others were considered at "high risk" as of June.

The primary policy tool to stave off a debt crisis that global institutions have so far come up with is the Debt Service Suspension Initiative (DSSI), which may be expanded at the World Bank meetings later this month.

The DSSI package allows countries to pause debt repayments to creditors willing to participate. If all eligible countries take up the deal, it will free up about $11 billion for social spending by governments. It gives countries "a little bit of breathing space", according to McNair. A smaller scheme run by the IMF has written off a total of about $500 million of debt repayments.

But analysis by Eurodad, a network of 50 European NGOs focused on debt and poverty reduction, says the DSSI package doesn't go far enough or include enough countries, and warns of a debt repayment crunch from 2022 onwards.

Even the World Bank's Malpass admits the DSSI is not enough, saying it's "too shallow to meet the fiscal needs of the inequality pandemic around us". ONE, and other analysts, have proposed that the IMF generate a new pot of up to $500 billion of ultra-low interest liquidity. According to Reuters, the IMF was open to the idea but it was opposed by the United States, the IMF's largest shareholder.

Among high-risk countries and DSSI candidates are humanitarian hotspots including Afghanistan, Cameroon, and Central African Republic. Ethiopia is one of the largest beneficiaries of DSSI: It will be allowed to postpone $511 million of interest payments this year (about 0.5 percent of GDP). Mozambique will freeze payments of about $294 million, about two percent of its GDP.

But the DSSI also has some strings attached.

Any country signing up to the repayment pause is expected to open up its books and reveal the full extent of its debt, and it mustn't take on any more commercial loans on the side. Debt that is off the books has spelt trouble in the past: A secret $2 billion in loans arranged by Mozambique's finance minister from 2013-2016 ended in default, scandal, and legal proceedings that are still going on.

One closely watched test case is Zambia. The southern Africa copper producer has already taken advantage of the DSSI package, postponing about $139 million of payments due this year.

However, that saves only a fraction of a total of $1.1 billion debt repayments due this year, according to World Bank data. Zambia's other creditors are not confirmed to be part of the DSSI relief package and are not yet willing to offer concessions.

On 22 September, Zambia announced it is seeking to pause interest payments on $3 billion of commercial bonds (a "default-like" step, according to ratings agency Fitch). Talks with bondholders have got off to a bumpy start: They are demanding Zambia's other creditors accept the same terms, according to the Financial Times, which also reported that investors believe the country is not revealing the full extent of its debt to China.

Zambia's case illustrates the limits of DSSI: It only covers a portion of public debt, and commercial investors are not obliged to play ball. And it also highlights the uncertainty about China's strategy: Any Chinese DSSI deal with Zambia has not yet been disclosed, but would strongly influence the decisions of bond investors.

The DSSI will free up some much-needed cash for low-income countries, but the lenders and institutions willing to go along with it are owed well under half of the debt repayments due this year. The majority is owed to commercial investors, multilaterals like the World Bank itself, or countries not fully signed up to the deal. Unlike the debt crisis that peaked in the 1980s and 1990s, today's foreign borrowing includes more commercial debt, typically from banks or bond investors.

Commercial creditors have so far shown little willingness to engage with the DSSI, and offer similar repayment freezes, McNair said.

Some investors' views are represented by the financial industry association, the International Institute of Finance (IFF), which in a letter to the G20 showed little appetite for joining the DSSI, stressing the "sanctity of contracts" and the "importance of a level playing field for all creditors".

"The underlying premise may have changed - the issues in some countries are no longer temporary liquidity problems, but rather more fundamental solvency concerns," it said in the 22 September letter.

McNair said this was short-sighted - "If a country defaults, then private creditors are not going to get their repayments anyway" - while the World Bank's Malpass warned of the potential damage from aggressive legal action by investors and creditors, and of "vulture" creditors pursuing repayment without restraint, leading to a "modern equivalent of debtor's prison".

The Chinese government, which is owed about 25 percent of DSSI countries' repayments this year, says it has agreed DSSI terms with several candidate countries. However, details are sparse and some other lenders say China is picking and choosing which repayments can be frozen. Financial analysts say China's deal with heavily indebted Angola will be illustrative of the country's approach.

China is not a member of the Paris Club, a group of countries that coordinate their development lending and have agreed over 30 DSSI packages so far. But Chinese banks and institutions hold very significant amounts of emerging market debt. It's one of several non-Paris Club lenders that have said they will follow the same approach (others include Saudi Arabia and India).

According to analysis by Eurodad, the DSSI-eligible countries will be sending over $9 billion to multilateral banks - more than $2 billion to the World Bank alone - during the May-December freeze period. ONE's analysis calculates that the World Bank has so far received as much in debt service payments as it is giving out in COVID-19-related grants.

That's because the World Bank itself and several other multilateral development banks don't offer DSSI terms as they fear jeopardising their AAA credit ratings. Any stumble in the repayment of loans can affect the credit ratings of a country, a bank, or a company. That in turn will affect the future costs of borrowing and confidence in its creditworthiness.

This all means that a "very logical" decision to agree a suspension of payments for six months to a year, to get through the pandemic, has meant a credit downgrade for some countries, McNair explained. Ethiopia and Pakistan were put on a watchlist by credit ratings agency Moody's, after agreeing DSSI terms.

Choosing a Sustainable Way Out of the Pandemic's Economic Chaos