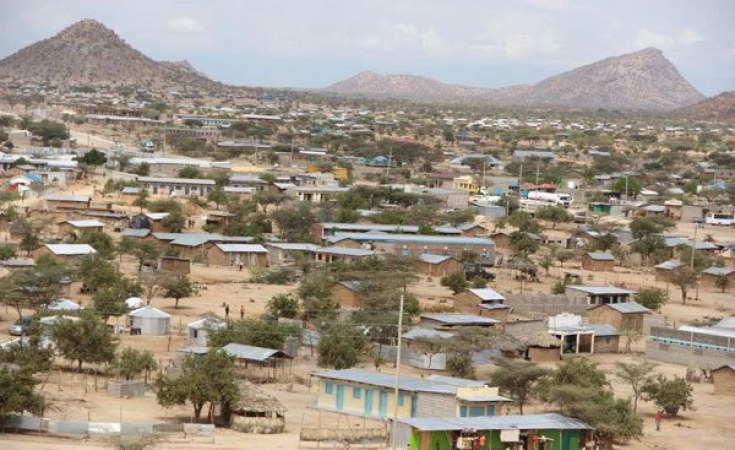 The latest woes of the National Oil Corporation (Nock) may have come as a shock for a State parastatal with all the instruments to make money in a prolific market where demand beats headwinds including the latest Covid -19 pandemic.

For a company that has had several regulatory 'through passes' from the government, Nock, as it is commonly known in the market, has failed to score and now the company is sinking according to its leaders.

Its current provisional loss for the year to June 2020 has deepened to Sh1.3 billion (from Sh0.3 billion the previous year), its chocking from loans, shareholder equity has diluted by Sh1.34 billion to a mere Sh0.28 billion in one year and owes suppliers Sh628 million.

Kenya Commercial Bank is already trailing its assets for auction over a Sh3.8 billion debt and that is not all; debt to banks total Sh5.2 billion in what the company chief executive officer Gideon Leparan now calls 'a real threat.'

"The bank issued a demand for full settlement of the loans in 30 days, failure to which they will institute recovery measures. This is a real threat and should nothing be done by the shareholder, then Nock may be wound up," told the Senate Standing Committee in Energy while appearing before it.

KCB had commissioned a business review on Nock earlier in the year and found the corporation on a death bed, and the medicine was costly. It needed Sh8 billion to breathe or Sh500 working capital injected monthly for 16 months. Nock claims the findings were never shared with it, its parent ministry or Treasury.

While it may be easy to ignore the collapse of Nock just like any other State entity trying its hand in the highly competitive sector where private sector players never sleep, fuel business and the silver spoon with which NOC has been fed shocked the sector on just how it got chocked.

The company, which was set up to become a special instrument for the Government of Kenya to have greater control of the petroleum sector, has had its fair share of favours from the State.

Before importation of fuel was allotted to other players through the Open Tender System, Nock had the preserve to ship in 30 per cent into the market. The favour that was officially lifted in October 1994 continued for two more decades, sparking outcry from other players.

A directive issued on April 30, 2015 by head of public service Joseph Kinyua compelling ministries and government agencies, to liaise and negotiate with Nock for supply of fuel oil made the State oil company the sole supplier of fuel and allied products to ministries and agencies and locked out 10s of disgruntled oil marketers.

Nock is said to have reduced the supply to just a third not long after it started delivering and later gave up. The handful of State agencies seeking fuel from the firm had to deal with lack of product in its few outlets sparsely spread in towns as other marketers expanded their footprint.

That was not all, since Kenya discovered oil in Turkana in 2012, Nock got the tender to supply Tullow Oil with fuel. The deal comprises fueling of several vehicles used in the Turkan oil fields, diesel for the heavy machinery used in the exploration and drilling activities and jet fuel for planes taking people and supplies to the Lokichar oil fields, it still held that deal when Tullow froze operations on May 2020. Eight years later.

So, did the firm get too much oil to fry itself in? Analysts believe Nock went into shaddy deals pushed by powerful hands from the same State organs that had beaten its paths to growth.

The firm bought 33 petrol stations from Somken petroleum Company in 2008 a deal that went sour since the assets were highly overvalued and began underperforming immediately after. The firm also fell into a fraudulent import in 2011 after its purchase of 132,000 tonnes of diesel by Prisko petroleum Network turned out to be air supply. In the end, NOC lost Sh9.37 billion.

Insiders are also said to have stolen stock from the firm with a recent theft currently being investigated by sleuths said to have cost Sh368 million and the corporation is now hardly surviving including struggling to pay salaries.

"We are eight times above the industry acceptable standards for debt to equity ratio and no banks is willing to lend us because we have defaulted on our loans. Even paying salaries has become difficult," a senior manager told Smart Business in confidence.

The company has also had its fair share of leadership wrangles including last year's quick series of changes that saw it run by three chief executives in a week.

The big question remains whether the State corporation set up to stabilise prices in the downstream sector will still be necessary after price control regime was introduced in 2010.