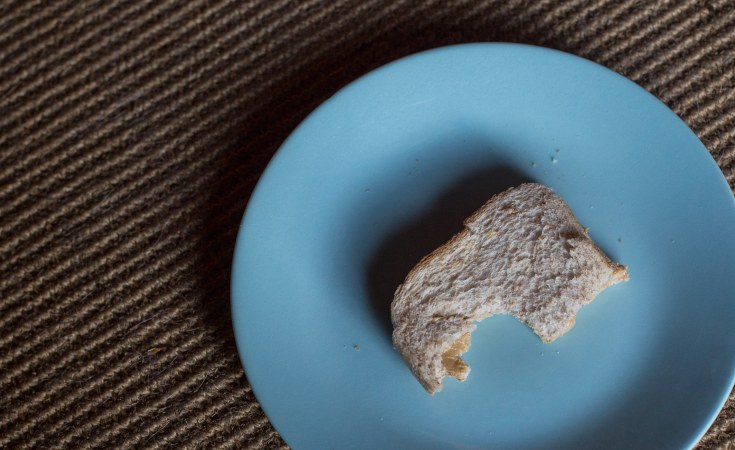 Ashraf Hendricks/GroundUp
A report by the Department of Basic Education shows that about 1.8 million learners are falling through the cracks and still not receiving meals (file photo).
GroundUp (Cape Town)
By Marecia Damons

The Department of Basic Education says this is mostly due to rotating timetables at schools.

More than 19,000 schools depend on the state's feeding programme.

The department is expected to submit a detailed plan to feed those who fall through the cracks to the court this week.

The number of learners being fed through the National School Nutrition Programme (NSNP) nearly doubled in September.

Despite this increase, the latest report from the Department of Basic Education shows that 1.8 million learners are falling through the cracks and still not receiving meals.

More than 19,000 schools depend on the feeding programme.

In August, the North Gauteng High Court ordered Minister of Basic Education Angie Motshekga to roll out the school feeding scheme for about nine million learners immediately, whether or not they were attending school. The case was brought by activist movement Equal Education and the school governing bodies of two schools.

The court also granted a supervisory order that the minister and eight MECs (all provinces excluding the Western Cape) report back to the court and the activist groups on progress.

During a Parliamentary Portfolio Committee briefing on 1 September, the department said that as of 26 August, it was feeding 4.4 million learners out of the 9.7 million qualifying learners.

According to the most recent provincial report submitted to the court, this increased to nearly 7.9 million learners in September. Provincially, though, the picture of progress is quite mixed:

In the Eastern Cape, 1.4 million learners were receiving meals in September compared to a bit under 350,000 in August.

KwaZulu-Natal increased from 1.6 million to 1.7 million.

Limpopo more or less stayed stable at just under 1.4 million.

The Western Cape also saw a decline in the number of learners benefiting from the feeding programme, from 373,000 to 206,000.

In Mpumalanga, the number of learners receiving meals went unchanged at about 916,000.

(Numbers have been rounded.)

The report said that where provinces saw a decrease in the number of learners receiving meals this was an indication of outstanding data due to rotating timetables and the closure of schools and offices.

In a joint statement by Equal Education (EE), Equal Education Law Centre (EELC) and SECTION27, activists expressed concern that meals were still not reaching up to 1.8 million learners on the days they are at home due to rotating timetables.

In mid-September, EE conducted a survey of its learner members in five provinces. The majority of learners (76%) who participated in the survey attend school on a rotating timetable. Of these learners, 71% said they did not receive meals on the days they were not at school. This is often because up to 78% of the surveyed group said their school does not provide transport to only collect food from school.

The department in its report acknowledged challenges in the system. "Schools do not report consistently on daily feeding numbers. This affects the collection of data, in time and for verification," the report said. It said that "timetables that allow for rotational attendance" have further complicated the monitoring and reporting of feeding learner numbers.

In response, activists wrote to Motshekga and eight Education MECs listed in the court case, highlighting problems in the reports. They also questioned whether the department had a plan to ensure that the feeding programme continues should South Africa experience a second wave of Covid-19 infections.

Spokesperson for the department Elijah Mhlanga, said the DBE "will submit the detailed plan as per the court process" this week on its plan to support the nearly 2 million "missing" learners.