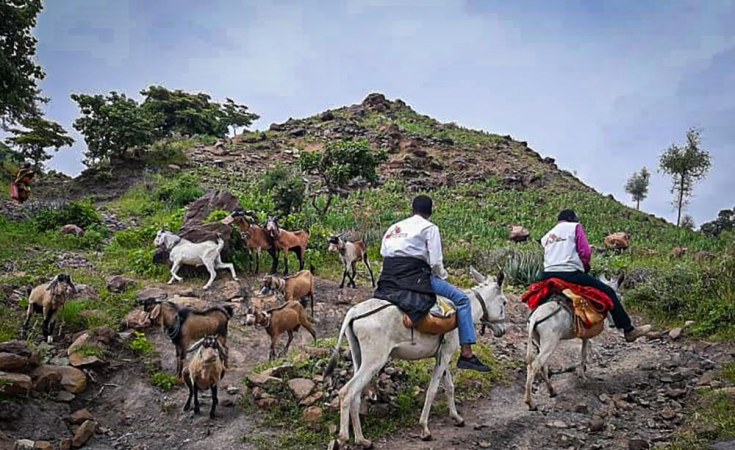 Darfur located in Western Sudan, has suffered the consequences of more than a decade long conflict. Although much has changed following the ousting of former president of Sudan, Omar al-Bashir and the installation of the new transitional government, the overall security situation remains fragile and violent clashes continue.

To bring to light the plight of people living in the Darfur region, MSF share with you a perspective piece by Nasteh Shukri Mahamud, our Doctors Without Borders (MSF) nurse and medical team leader in Rokero, Central Darfur.

Nasteh’s personal account from the remote Jebel Marra area where people have lived through a decade of conflict, isolation, displacement and violence. Nasteh explains the difficulties our patients face and how our team works in a volatile region trying to overcome challenges.

In early September, I began work as MSF's medical team leader in Rokero, an area with around 200,000 people. Our project provides medical services across two areas, Rokero and Umo, in the mountainous region of Darfur state called Jebel Marra. Darfur has suffered through over a decade of conflict. Even though much has changed following the ousting of Omar al-Bashir and the installation of the new transitional government, the overall security situation remains fragile and violent clashes continue.
In February, MSF teams started providing medical services at a state-run health centre (called a 'rural hospital') in Rokero.

We manage the inpatient department, the emergency room, the maternity and delivery wards and the observation room where we keep patients under surveillance for 24 hours until they can either be safely discharged or are admitted as inpatients. We also run an inpatient therapeutic feeding centre for malnourished children suffering from complications like diarrhoea or a respiratory tract infection. Patients with complicated injuries or health conditions are taken to a larger hospital in Al-Fasher town, the capital of North Dafur, six hours away by car.

The situation in both Rokero and Umo remains volatile

Umo is a remote area nestled between two mountains in the Jebel Marra mountain range. It is controlled by an armed rebel group that continues to fight government forces and other armed groups in the region over power and control of resources. Around 50,000 people live there in dozens of villages scattered over the vast rocky terrain. The area has been cut off from outside assistance since 2008. The only means of transport in and out of Umo is by donkey or camel. There are no roads, and no access for cars or busses. It is a four hour ride from Rokero to Umo. It is a very tiring, difficult and dangerous journey along rocky, slippery ground.

The situation in both Rokero and Umo remains volatile. Many families that were displaced by previous conflicts found refuge around Rokero town and still live here. People continue to flee from violence from their villages to safer areas near bigger towns. Clashes continue to erupt, and we continue to treat injuries caused by the fighting. At night we can often hear gunfire.

Many communities in Rokero and Umo depend heavily on humanitarian assistance. Approximately 60 per cent of the population have no access to basic healthcare services. Out of 20 health facilities in the area only eight are functional, including the two MSF health centres.

Our plans for 2020 were slowed down by the spread of COVID-19, but in early September we were able to open a small basic healthcare centre in Umo. When the team arrived for the first time the whole village, including elders, women and many children, welcomed us with excitement and anticipation. Since then, we have served this community six days a week, with a team of 20 experienced and dedicated Sudanese MSF staff, some from Umo, some from other parts of Darfur. We can treat as many as 70 patients in a day.

People in Umo often suffer injuries from falls or riding accidents, and it is still an active conflict area, so gunshot wounds are also quite common. Now, at the end of the rainy season, we are treating more upper respiratory tract infections and skin diseases caused by the poor living conditions.

On my first trip to Umo, we met with community elders to better understand the lives they lead, their expectation of MSF and their health needs. Our meeting was warm and very welcoming. The villages have been working hard to improve their living conditions. They have built some infrastructure, like stone pathways, but they have not had a functioning health centre in over a decade.

It is a difficult journey to Umo, especially now during the rainy season when tracks become muddy and untrustworthy. I was glad I had learned to ride a horse with MSF in Ethiopia in 2012, when I worked in a nutrition project that could only be reached with a one-hour ride. But on that day in Darfur, I sat on a donkey for eight hours. Back in Rokero, I had to walk around for 10 minutes just to feel my legs again.

I have enormous admiration for our drug dispenser Najmadin Aden Mahamed, who does the trip at least once a week to bring supplies and drugs. It is difficult to imagine what that journey would be like for a woman from Umo experiencing complications while giving birth.

The number of deaths among pregnant women and new mother is high in Dafur. When we met with the community leader, they told us that some women lose their babies in the first trimester of their pregnancy because they ride donkeys and work too hard. The number of women giving birth in the MSF delivery room is still low, but we have started to do more community outreach activities, speaking with community elders and engaging with traditional birth attendants. The antenatal check-ups, however, are already much frequented by pregnant women.

Most people here are farmers, growing sorghum and millet, but years of conflict have frequently disrupted farming activities, leaving families without their crops or with only a poor harvest. Furthermore, an economic crisis in Sudan means that many families cannot afford the escalating prices for staple products. Most can barely afford two basic meals a day. Women have to work especially hard, tending to both the fields and their children.

Some are cautiously optimistic about a recently signed peace agreement

Our team are very concerned about malnutrition among Umo's children. During our first month in Umo the outpatient therapeutic feeding centre treated 60 severely malnourished children. In MSF's inpatient therapeutic feeding centre in Rokero town, we always have five or six children who are severely malnourished and suffering from complications like diarrhoea or respiratory tract infections. There is a two-year-old girl currently being treated at the feeding centre. Her mother brought her in seven days ago. She had severe acute malnutrition; she was weak and much too small for her age. She has changed so much in just a week. She is active and enjoys eating again. Her mother could hardly believe how quick she has improved. She was also surprised that our medical services are free of charge.

Distances in this isolated region can be overwhelming and life-threatening. They make it nearly impossible to access timely emergency care. People die on the way to our health centre or reach Rokero too late for their condition to be treated. In our first month in Umo we lost two patients on the way to Rokero. As a medical professional this is hard to accept. We also hear of sick people that live in rebel-held areas and are too afraid to seek healthcare in Ministry of Health facilities.

It is rewarding to work with such an experienced and dedicated team. We have 52 members of staff in Rokero and 20 in Umo, most from Darfur. Ali Mohamed Doud is an emergency doctor and our medical activity manager. He has worked with MSF in many different emergencies in Sudan.

Ali and our other colleagues know from their own experiences the hopes and worries of people in Darfur. They know too well that many communities in Jebel Marra struggle to access the basics, like primary healthcare, clean and safe water, education and protection.

Some are cautiously optimistic about a recently signed peace agreement between the Sudanese transitional government and some rebel groups. There is hope it could be a first step toward peace, reconciliation and stability in Darfur, and a chance for the many hundreds of thousand displaced people to return home.I am proud to be a member of a team that directly responds to acute health needs and helps save lives in a place that has long been neglected and where access of healthcare is still very limited. 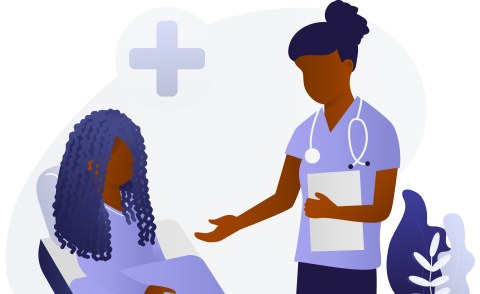 UN Urged to Extend Sudan's Darfur Peacekeepers Mandate
Tagged:
Copyright © 2020 Medecins Sans Frontieres. All rights reserved. Distributed by AllAfrica Global Media (allAfrica.com). To contact the copyright holder directly for corrections — or for permission to republish or make other authorized use of this material, click here.