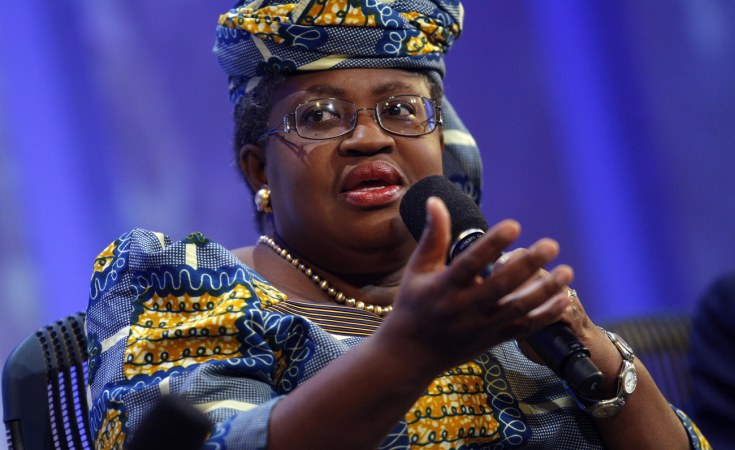 The two finalists for the position of director general of the World Trade Organization (WTO) are Yoo Myung-hee, Republic of Korea, and Ngozi Okonjo-Iweala, a Nigerian and (since 2019) an American citizen.

The media is portraying Yoo Myung-hee as an international trade specialist and a WTO insider, while Ngozi Okonjo-Iweala describes herself as a WTO outsider; she combines, however, exceptional political and diplomatic experience with her economic training and subsequent career.

She has been twice Nigeria's finance minister and once the foreign minister. During the Goodluck Jonathan administration she was also coordinating minister of the economy. The media sees both finalists as qualified, and both were supported by the European Union (EU). The WTO strives to fill the director general position by consensus; that process is now underway and is likely to be completed by the end of October—before the U.S. presidential election. Securing EU support is likely to be crucial.

The Trump administration has been highly critical of the WTO, seeing it as overly favorable toward China, and has called for its reform. It has not signaled which of the two leading candidates it favors, though Ngozi Okonjo-Iweala's reformist and outsider rhetoric would seem attractive to it.

Ngozi Okonjo-Iweala was born in 1954 in southern Nigeria; her father was an Igbo traditional ruler and an academic. She graduated from Harvard and earned a PhD from the Massachusetts Institute of Technology (MIT). Her husband, also of Nigerian origin, is a medical doctor practicing in Washington, DC. For many years she was an economist at the World Bank, rising to become managing director (the number two position in the bank’s hierarchy). In 2011, she ran unsuccessfully for the top World Bank position.

After the restoration of civilian government in Nigeria in 1999, Ngozi Okonjo-Iweala returned to Nigeria where she served as financial minister under President Olusegun Obasanjo and, briefly, foreign minister. Under the extraordinarily difficult circumstances of Nigerian governance, she largely eliminated the country's Paris Club debt and instituted practical measures to increase financial transparency. She has published a book that charts her struggle against the country's endemic corruption.

Despite her ministerial positions, she was not immune to the travails of life in Nigeria: her octogenarian mother was kidnapped and held in bad conditions. She was released, presumably after ransom was paid. (Paying ransom is illegal in Nigeria, so details rarely appear in the media.

Whichever candidate is chosen, the WTO will be led for the first time by a woman. If Ngozi Okonjo-Iweala gets the nod, she will also be the first Nigerian—and first African—to lead the WTO. By background she would appear to have the strongest reform credentials.

Next Story
Tagged:
Copyright © 2020 Council on Foreign Relations. All rights reserved. Distributed by AllAfrica Global Media (allAfrica.com). To contact the copyright holder directly for corrections — or for permission to republish or make other authorized use of this material, click here.