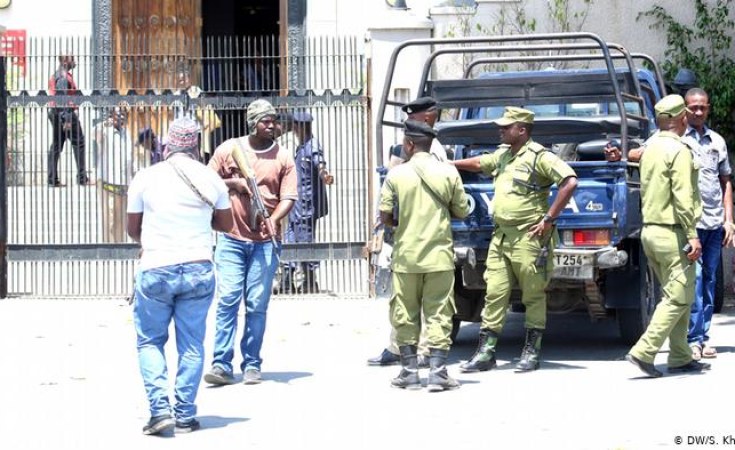 Dar es Salaam — Tanzanian security agencies are facing growing calls to punish perpetrators of political violence, with stakeholders warning it could damage the image of the country's polls due on October 28.

With accusations pointing at hired thugs and police officers themselves, Inspector-General of Police (IGP) Simon Sirro on Wednesday responded by ordering an immediate investigation into the claims that Serengeti Parliamentary candidate for opposition party Chadema, Catherine Ruge, was assaulted by the force's own officers.

Sirro told an audience of political parties from Butiama, Serengeti, Musoma and Bunda in Mara that his team will take the claims seriously, but still demanded responsibility from political leaders.

"We will investigate this but, on the other hand, political party leaders and their followers must observe the law in the way they conduct their activities," he said.

Ms Ruge had complained about a physical attack and sexual harassment when she visited the returning officer's office to follow up on her request to have her campaign schedule altered so she can attend medical treatment.

According to her, she had suspended her election campaigns from September 28 this year due to illness.

"A policeman attacked me. They even tore my clothes during the incident," said Ms Ruge who actually named the officer when she met with the IGP.

She explained that after recovering from her illness, on October 2, she wrote to the returning officer in Serengeti requesting some changes on her campaigning schedule, but she received no feedback. That was why she decided to physically visit the office.

"On October 8, this year, Chadema leaders followed up on the letter but they received no response, that is why I decided to go there myself. As I sat on the bench in the office, I was suddenly attacked by police and detained. They later released me on bail," said Ms Ruge.

Her complaint showed that five other Chadema leaders, including the party's Serengeti District chairman Francis Garatwa, were remanded.

The story was, however, rebutted by the very returning officer for Serengeti Constituency, Ms Rebeca Msambusi, who said she called the police after the party officials forced their way into her office. Ms Msambusi claimed she had had an earlier meeting with Chadema officials and agreed on a new schedule starting Wednesday.

"I told them that such matters were supposed to be handled by the returning officer and the parties' secretaries-general or campaign managers, and not aspirants, but they refused to comply with the election regulations, so I had to call police," said Ms Msambusi.

Ahead of the polls, however, violent incidents have been seen in parts of the country.

Geita Regional Police Commander Sikoki Mwaibambe confirmed the incidents, saying a group of seven to 10 people stormed the home of Chadema parliamentary candidate for the constituency, destroyed a perimeter fence, and torched a shed in which his tricycle was parked.

He said that the police were investigating the incident. The party itself also issued a statement confirming the attack on its candidate and official, condemning the violent act which it said was a threat to the safety and security of its candidates and leaders.

"Chadema considers Chato's incident and those that happened in Kahama as a threat to the safety of the party's presidential candidate Tundu Lissu. We consider it to be a deliberate and clear sign of disruption of the General Election," the party said in a statement.

Speaking to Mwananchi on Wednesday the chairman and presidential candidate for Chama Cha Ukombozi wa Umma (Chaumma), Mr Hashim Rungwe, condemned the acts, saying they were a threat to the country's peace and security.

"We condemn these violent acts and the police should act accordingly. That way, they would show them that they don't entertain such behaviour," he added.

Ms Queen Sendiga, the presidential candidate for ADC Party, said the acts were mostly organised by political parties and candidates who did not have proper manifestos and agenda to sell to Tanzanians.

"The party or candidate with an attractive manifesto and agenda for the voters does not have time to create such kind of acts," she noted.

She advised the political leaders and candidates to focus on asking voters to put them in office via the ballot.

Dr Paul Luisulie, a political analyst at the University of Dodoma, said the incidents have coincided with the electioneering period. He warned that such acts could tarnish Tanzania's image if left unchecked, a position supported by the national coordinator for Tanzania Human Rights Defenders Coalition (THRDC), Mr Onesmo Olengurumwa.