Guinea: Hate Speech Ahead of Guinea Elections Must Be Curbed and Condemned – Bachelet and Patten 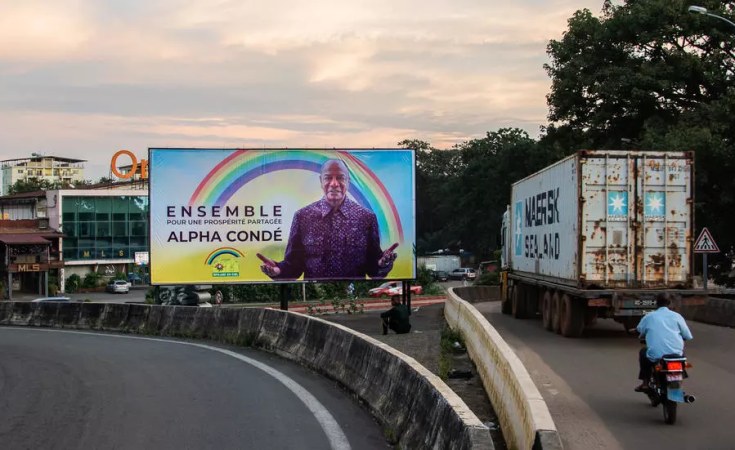 New York — Political leaders, in particular the candidates campaigning for the upcoming presidential election in Guinea, should refrain from invoking ethnic affiliations and using provocative language that may lead to violence, discrimination and other human rights violations, said Michelle Bachelet, the UN High Commissioner for Human Rights, and Pramila Patten, the UN's Acting Special Adviser on the Prevention of Genocide and Special Representative on Sexual Violence in Conflict, on Wednesday.

Ahead of the elections, due to take place on 18 October, there have been increasingly pervasive and divisive appeals to ethnic affiliations during the campaign, particularly references to the Malinké and Fulani ethnicities. Candidates have also suggested violence may follow the announcement of the results.

"Given the history of intercommunal violence in Guinea, I am deeply worried about such dangerous rhetoric by political leaders, which in some cases may amount to incitement to hostility, discrimination or violence," Bachelet said. "There are already serious indications of rising intolerance and confrontation, including among youth groups, and media outlets amplifying messages of hate."

Bachelet called on all candidates to refrain from stirring up ethnic divisions, to condemn the incitement to hostility, discrimination or violence, and to commit to ensuring Guineans are able to exercise their rights to freedom of expression, peaceful assembly and participation in the electoral process free from violence and intimidation, and without discrimination.

Patten called on all Guinean parties to refrain from instrumentalizing ethnicity or manipulations that sow seeds of division for political gain. "Such maneuvers are extremely dangerous and must be stopped. Any individual responsible for incitement to commit violence or atrocities will sooner or later be held accountable for their acts before a national or international court," she said.

Patten reminded the Government of its primary responsibility to protect all its populations from acts of violence, irrespective of ethnic or political affiliation. She called all on parties concerned to commit resolutely to dialogue to ensure a peaceful and transparent electoral process.

Patten and Bachelet also called for accountability in relation to the reported use of excessive force by security forces during demonstrations in October 2019 and March 2020. While investigations were announced by the Government into the violence, including killings, there has been no further information about their outcome.

Patten added a call for all Guinean political actors to send a strong message on the categorical prohibition of sexual violence. She recalled the events of 28 September 2009 in Conakry, when at least 109 women and girls were victims of sexual violence on account of their political affiliation. Eleven years later, Patten warned that sexual violence remains, in many contexts, a tool to intimidate and punish political opponents, their family members and women human rights defenders in the context of political crises.

Previous Story
Tagged:
Copyright © 2020 PR Newswire. All rights reserved. Distributed by AllAfrica Global Media (allAfrica.com). To contact the copyright holder directly for corrections — or for permission to republish or make other authorized use of this material, click here.