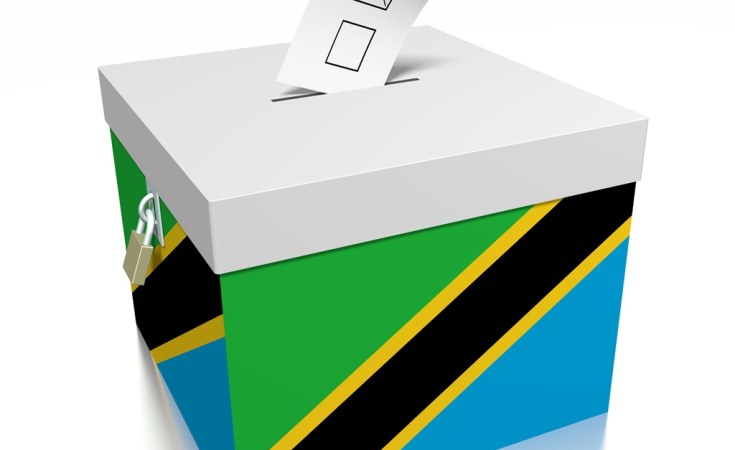 DIPLOMATS serving in the country have expressed their satisfaction on how the 2020 General Election is being handled, reminding Tanzanians to uphold the existing peace and unity.

They said Tanzania is branded as a haven of peace, a status known all over the world, which makes the country a shelter for other people from conflict-ravaged countries.

The envoys congratulated the public and politicians for peacefully carrying out the ongoing campaigns and called upon Tanzanians to refrain from inciting violence before, during and immediately after election.

They said the ongoing campaigns are focused on selling parties' policies and peaceful election, the aspects they have been praying for, given the well-known Tanzania's history in the liberation struggle and advocacy of peace and justice in Africa.

The members of the diplomatic corps made their observation on separate occasions on Thursday when paying courtesy calls on CCM Secretary General Dr Bashiru Ally at Lumumba CCM sub-head office in Dar es Salaam.

US ambassador to Tanzania, Dr Donald Wright was the first diplomat to meet Dr Ally during which he stressed on the pressing need for Tanzania to hold peaceful, free, fair and democratic elections.

The diplomat hailed Tanzania for consolidating and upholding true democracy, including conducting peaceful and 'civilised campaigns'.

The recently-appointed US diplomat used the occasion to introduce himself to the party's top most technocrat during which he outlined his priorities when he will be discharging his responsibilities in the country.

According to the diplomat, during his tenure of office he will place emphasis on implementing projects focusing on TB, HIV/Aids and Malaria, trade and investment.

He admitted that Tanzania has abundant areas on which the two nations can cooperate, including investment, environmental conservation, wildlife and people to people cooperation in the areas of democracy, immigration and culture.

Briefing reporters after the meeting with the US diplomat Dr Ally said: "The US is among countries cleared by authorities in the country to observe our election. The US ambassador has spoken on election and he wanted to meet Zanzibar and Union presidential candidates but very unfortunately their schedules are tight, a situation that prompted them to ask me to talk to the diplomat."

Dr Ally assured the US ambassador that Tanzania will continue upholding peace and unity before, on the polling day and after the Election Day.

For his side, Kenyan High Commissioner to Tanzania, Dan Kazungu said Kenya regards Tanzania as a parent and the refuge, adding that the largest East African nation is also branded as the haven of peace.

He said Tanzanians and Kenyans have brotherly relations dating times immemorial. He said Kenyans are wishing Tanzanians well in this General Election.

"Development and peace are inseparable. We kindly ask you to continue safeguarding peace and unity because we are pretty aware that Tanzania knows the importance of peace," the Kenyan High Commissioner said.

He added: "You ran to rescue us when we faced upheavals after the 2007 General Election. We pray that you hold a peaceful election and the signs are good simply because until now you have focused on selling policies through election manifestos."

Mozambique Ambassador to Tanzania, Ms Monica Mussa, on the other hand, recalled how Mwalimu Julius Nyerere played a pivotal role in the politics of the liberation struggle in Southern Africa.

She wished Tanzanians the best by holding peaceful elections. During the talks, the two leaders touched on the completed Mwalimu Nyerere Leadership School building in Kibaha, a project that involves six political parties from Southern Africa.

Meanwhile, Dr Bashiru has revealed that CCM presidential candidate Dr John Magufuli will not be able to visit some of the regions due to time constraint.

He noted that Dr Magufuli will skip regions that have been visited by his running mate, Ms Samia Suluhu Hassan and member of CCM's Central Committee Mr Kassim Majaliwa.

"Dr Magufuli will not be able to tour all regions. However, if one combines his schedules and those of Zanzibar candidate on CCM ticket Dr Hussein Mwinyi, Premier Majaliwa, Mama Samia, you will notice that we have covered all regions," he explained.

Dr Bashiru added that the CCM candidate will embark on the sixth round of his campaign marathon by holding rallies in Coast, Tanga, Kilimanjaro, Arusha, Manyara and Dodoma regions in that order.

During his campaign rally at the Tanganyika Packers grounds the incumbent President asked for votes from all citizens of the regions that he will not be able to visit and was, instead, represented.

"I desired to tour the entire country, but I ask Tanzanians to understand that I cannot visit every region due to time constraint and having other responsibilities," said Dr Magufuli.