The Minister of Sports and Physical Education was in Buea and Limbe yesterday to ascertain that all will be ready by January for the competition.

Ten days to the CAF inspection visit to assess sports infrastructure ahead of the January 2021 CHAN in Cameroon, Sports and Physical Education Minister, Narcisse Mouelle Kombi, led a top level delegation to supervise the stadia which will be used for the South West pool in Buea and Limbe. The Minister arrived Buea close to noon yesterday, October 14, 2020. After a civility trip to the South West Governor's Office, he moved to the State-owned Mountain Hotel where the Manager, Mbinglo Grace, explained the readiness of the facility to host the guests for the sports rendezvous come January 2021.

Accompanied by South West Governor, Bernard Okalia Bilai, Minister Mouelle Kombi proceeded to visit the Molyko Omnisports Stadium which shall serve as training ground for the teams expected to be lodge in Buea. While at the stadium, the Minister was shown round by the Director of the Buea Stadium, Njonje Simon Ngwa. Notably there was just a small turf area requiring drainage which was already on course. The Minister's entourage moved some 30 km from Buea to Limbe where the main stadium for the competition namely the Limbe Omnisports Stadium is already awaiting the event. Having stood its baptismal test in 2016 to host the Female Africa Cup of nations, the Limbe Omnisports stadium is a ready ground for any international competition. Its 22, 000 capacity and its galaxy of facilities were already appreciated beyond Cameroon. The Minister congratulated the Director of the Stadium, Mbua Pascaline for her efforts in keeping the facility sparkling clean and orderly.

The Minister insisted on visiting the three other training grounds in Limbe notably the Middle Farms, the Centenary and the Omnisports Annex stadia gallantly ready for use. Minister Kombi stepped his foot on all soils concerned with the organisation of the football jamboree in the South West and would leave with a happy impression that no pinch will come from the Buea and Limbe pool. Governor Okalia Bilai was proud to express that the Buea and Limbe facilities were all ready for the event as well as the committee members fully engaged to ensure a hitch-free CHAN. 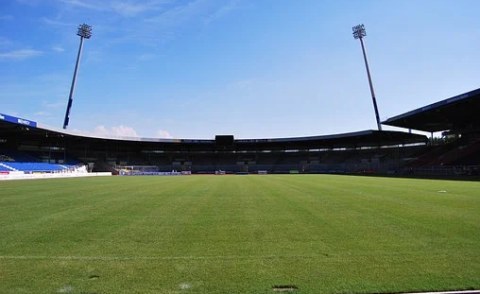 Will Goals Reign Supreme at African Championship 2021?
Tagged:
Copyright © 2020 Cameroon Tribune. All rights reserved. Distributed by AllAfrica Global Media (allAfrica.com). To contact the copyright holder directly for corrections — or for permission to republish or make other authorized use of this material, click here.