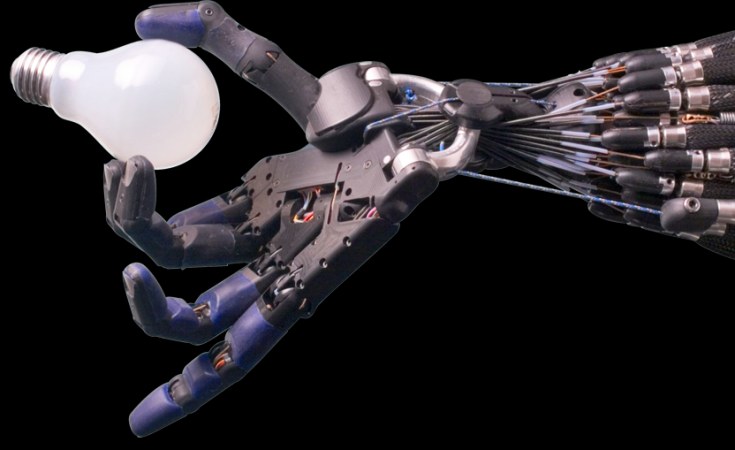 Starring a rugged Chris Evans, the positively demonic Tilda Swinton and Bong's erstwhile collaborator Song Kang-Ho, the film tells the story of a post-apocalyptic future where the world is frozen in a forever winter, where the last remnants of humanity survive in a perpetually moving train called the Snowpiercer.

There, the movie twists. The leader of the have-not rebels uncovers the source of the train's power: its Eternal Engine has been breaking down for years. Children, small enough to fit through a tiny engine compartment, are kidnapped to manually keep its parts in perpetual motion.

Behind the sparkling clean fluorescent walls, what we believed all along was automated was powered by exploitative labour all along.

In many ways, the tech world today isn't so different.

At Foxconn Shenzhen, where as much as 40% of the world's consumer electronics are made - including iPhones, Playstations, Nintendo XYZs, and Microsoft products - Chinese workers similarly live in overcrowded dormitories and are forced to endure horrid working conditions.

Many workers have reported that they were promised free housing but made to pay exorbitant utility bills. Investigations have revealed that suicides are common, with many driven to despair by no overtime pay, deceit by employers on living conditions, 7-day work weeks with 12-hour shifts. In 2012, 150 workers threatened to jump to their death if conditions were not improved. In 2016, a smaller group repeated the threat.

It seems like not much has changed since 2016. In September 2019, Foxconn was once again the media spotlight for employing 50% of its workforce as temporary workers, blatantly flaunting Chinese laws that limit this number to 10%.

Temporary workers don't receive the benefits and rights full-time employees receive, such as paid sick leave or social insurance, placing them in precarious positions where an illness or unforeseen accident that puts them out of commission can wreck entire lives. Foxconn has frequently defended itself by claiming simply to be a service provider to tech companies, an arrangement that requires flexibility to cater to the demand cycles of the industry.

Such arguments from a manufacturing giant echo that of hegemonic tech companies and their "platform defence." A familiar argument goes: "We are just a platform. We are not really an employer. We provide a service to cater to the on-demand nature of customers."

Following such a logic then, these "platforms" have no obligation to provide insurance, social protections, or many rights afforded to full time employees for their "gig workers". At times, in the case of Foxconn, it can cost lives.

In Brazil, Uber-related crimes increased tenfold after the company introduced cash payments in July 2016, in what is now referred to as an instance of "Uber roulette". Initially, the app didn't require any identity verification for passengers: anyone could create a fake account, hail a car, and "try their luck" in the hopes of nabbing a driver carrying lots of cash. Vehicles were stolen, drivers were robbed, and in many cases injured. At least 16 drivers have been murdered.

In response, Uber denied any problems with its cash system or lack of security, up until international media and protests by NGOs and informal driver unions began highlighting the issue. It finally introduced ID verification in February 2017.

This "platform defense" often obscures the fact that many of the "advanced" features that we use are, in truth, powered by gruelling manual labour. Take for instance Youtube and Facebook's content moderation: what many believe to be censored by machine learning is in fact enforced by tens of thousands of contract workers across the world, with the vast majority in the Philippines.

Picture by picture, video by video, these moderators must decide if the content violates community standards. Exposed to violent and disturbing material everyday for hours, many of these moderators develop PTSD-like symptoms: the mental trauma can follow them for years - insomnia, panic attacks, with many driven to drug abuse and suicide.

Whether it's the gig economy, platform-based businesses, or temporary work, across the world we are seeing an increasing reliance of "high tech on low labour" practices. Undoubtedly, there have been benefits to consumers such as increased flexibility and convenience, but it has also come at a cost to millions of workers who find themselves in precarious and exploitative situations.

This is not to deny the quality-of-life improvements such technological advancements have brought. However, as citizens and consumers, we must begin to ask: at what cost? More importantly, how can we mitigate the human costs of such "progress"?

This is where employee and consumer advocacy has been critical in pressuring governments and corporations to devote resources to addressing these issues. In the case of Brazil, successive strikes have pushed Uber to consistently increase its security measures and social benefits.

In Malaysia, last year's Foodpanda protests highlighted the anxiety of drivers over how easily their livelihoods could be affected by changes in their payment scheme. As more and more workers enter the "digital economy", accelerated by the global pandemic, governments must craft policies that are cognizant of the social consequences of such digitization and not simply act as cheerleaders for the tech industry.

A poem written by a Foxconn worker comes to mind:

A screw fell to the ground

In this night of overtime

When someone fell to the ground

Xu Lizhi took his own life eight months after he wrote this poem. He was 24 years old.

When will we pay attention when the screws fall to the ground?

KJ Ong is an independent researcher on technology and the co-founder of Data Democrasea, an initiative that advocates for knowledge, justice, and equality at the frontier of tech in the developing world.