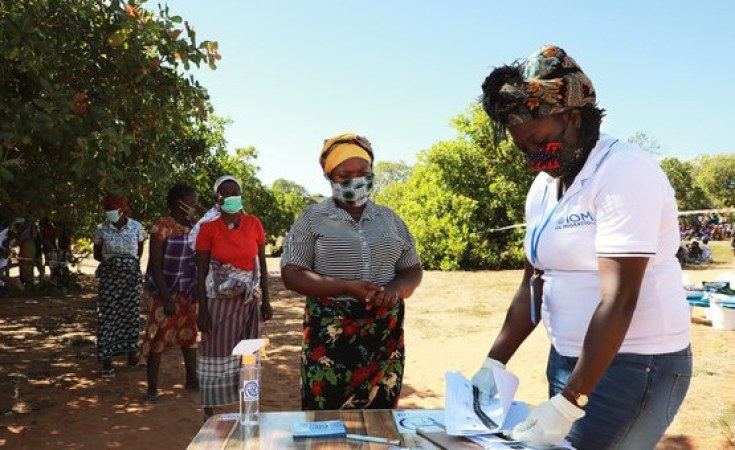 Maputo — About 5.2 per cent of the population of the central Mozambican city of Beira have been exposed to the coronavirus that causes the Covid-19 respiratory disease, according to an epidemiological survey of the city undertaken by the National Health Institute (INS).

This survey, like earlier surveys held in other Mozambican cities, uses a simple blood test. This does not show whether the person tested is currently infected with the coronavirus, but it does show whether there are coronavirus antibodies in his bloodstream, which is evidence that he has been in contact with the virus.

The survey took a random sample of Beira households, but also looked more closely at key professional groups, such as market sellers, transporters, health workers and police. The total sample was 8,297 individuals. According to the 2017 census, the total population of Beira then was 592,090.

The overall infection level of 5.2 per cent hides much higher levels in some neighbourhoods. In Macurungo, 9.1 per cent of the sample had coronavirus antibodies in their blood. The figure was 8.7 per cent in Tchondja, and 8.4 per cent in Matacuane.

As for professional groups, 10.3 per cent of long distance truck drivers had been exposed to the coronavirus and 7.2 per cent of taxi drivers.

8.3 per cent of market sellers were carrying the antibodies. The level of exposure reached 22 per cent in the sprawling informal market of Maquinino. In Nhangau market, on the city's outskirts, only 0.5 per cent of the sellers had been exposed.

Other professional groups were not so seriously affected. 3.9 per cent of health professionals had been exposed to the virus, and 2.8 per cent of Beira members of the defence and security forces.

Announcing the preliminary results of the survey in Beira on Thursday, the INS general director, Ilesh Jani, said he regarded the Beira coronavirus prevalence levels as high. To date, only 330 cases of coronavirus have been diagnosed in Sofala province, most of them in Beira - but Jani feared that there will be many more cases in the near future.

He noted a great relaxation in the use of preventive measures against Covid-19 in Beira. This, plus high population density, poor sanitation, and the fact that Beira is on one of the country's main transport corridors, would favour transmission of the virus.

Jani urged Beira Municipal Council to improve safety in the markets and shops, and on public transport, to ensure that Beira does not become another hot spot for the spread of the disease.

A representative of the Council, Jose Manuel, noted that the survey draws attention to overcrowding in some of the Beira markets, particularly Maquinino, and promised that some of the Maquinino sellers will be transferred elsewhere.

He added that the municipal government will step up compliance with all preventive measures, particularly to protect the most vulnerable social groups, such as the elderly.

Gunfire in Mozambique Continues After Deadly Palma Attacks
Tagged:
Copyright © 2020 Agencia de Informacao de Mocambique. All rights reserved. Distributed by AllAfrica Global Media (allAfrica.com). To contact the copyright holder directly for corrections — or for permission to republish or make other authorized use of this material, click here.