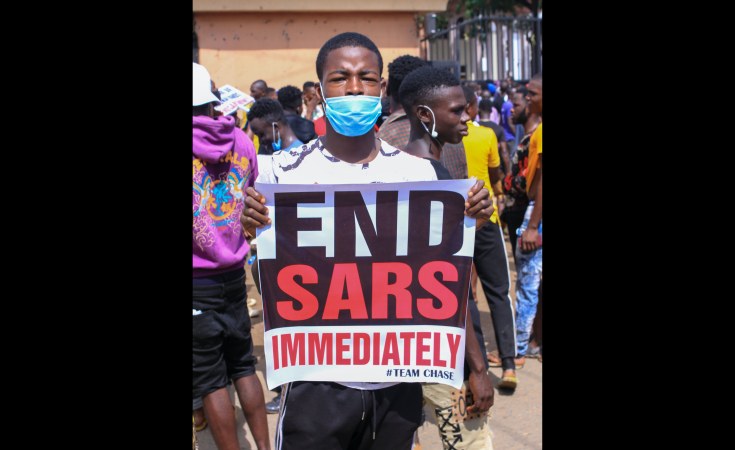 The protesters are calling for comprehensive police reform and say the promises made by the government are not enough.

Thousands of people and hundreds of vehicles are held up in traffic by the protesters campaigning against police brutality in Abuja.

The protesters, Friday evening, blocked the Abuja airport road, which connects the city centre to the airport. The road is also a major gateway to Abuja from neighbouring states and the city's outskirts.

The Abuja protest since last week got arguably its highest crowd as hundreds of young people blocked the airport road.

The protesters said they would not go home and would remain on the road all weekend. Many of them were seen spreading their clothes and mats on the floor, preparing to spend the night there.

The protesters are calling for comprehensive police reform and say the promises made by the government are not enough.

See photos from the Abuja airport road blockade below.