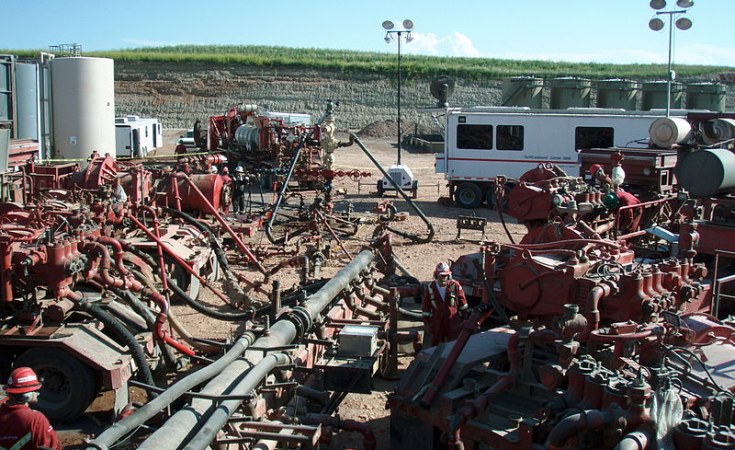 Recently, news reports revealed plans by a Canadian oil and gas company, ReconAfrica, to explore for oil and gas in some of Africa's most sensitive protected areas. These areas include the Namibian headwaters of the Okavango delta and a world heritage site, Tsodilo Hills, in Botswana. Plans are afoot to explore inside the Kavango-Zambezi transfrontier conservation area.

Fracking is performed via deep wells drilled into the earth. A mixture of sand, water and chemicals is pumped in under high pressure to crack open the formation's micro-fractures and release the trapped oil and gas.

The released gas returns to the surface together with wastewater. The wastewater may be radioactive and highly saline and some of the fracking chemicals may be toxic.

If these fluids migrate to freshwater aquifers through poorly sealed wells or aren't correctly treated and disposed of, they could contaminate groundwater and surface water. Conventional gas extraction is less risky, but it too can threaten water resources if not properly managed.

As reported, ReconAfrica has acquired the rights to explore for oil and gas over an area of more than 35,000km². The Namibian Ministry of the Environment and Tourism stated that an environmental impact assessment was done before the exploration licence was awarded. But some environmental companies and members of government in Namibia remain in the dark about this development.

Public participation is required according to both Namibian and Botswana environmental impact assessment regulations.

Our review of the environmental impacts of unconventional oil and gas exploration has highlighted a number of concerns. They could be relevant in this case.

Seismic surveys might disturb vegetation or damage archaeological sites such as Tsodilo Hills. Fracking wells must also be drilled and fracked during the exploration phase, to assess the economic feasibility of extraction before proceeding to full scale production.

Of all the environmental impacts, the negative impact of fracking on water resources is the most serious concern. This is especially so in water-scarce countries such as Botswana, South Africa and Namibia.

What's more, fracking in transfrontier parks may have transboundary impacts. Fracking in the headwaters of the Okavango delta within the Kavango-Zambezi transfrontier conservation area may negatively affect the water quality in this area and also the Okavango river water in Botswana and Namibia.

Fracking in the Stampriet Transboundary Aquifer System that covers Botswana, Namibia and South Africa and where there are no permanent rivers, could have an impact on the groundwater of all three countries. Groundwater is extremely important to this region. The Stampriet Transboundary Aquifer System is the only permanent and dependable water resource for communities from central Namibia to western Botswana and South Africa's Northern Cape province - an area that covers 87,000km².

The impacts in these cases could cross national boundaries. So it's essential to have transparency and cooperation between the governments that award oil and gas licences and the governments that may be affected. The Orange-Senqu River Commission promotes data sharing in the Southern African Development Community through the SADC Revised Protocol on Shared Watercourses.

International water law norms and treaties also require transboundary management to protect shared water resources. An important draft resolution that can help countries draw up agreements is the United Nations law of transboundary aquifers. Other relevant treaties are the Helsinki Convention and the Kiev Protocol on Strategic Environmental Assessment.

South Africa, Namibia and Botswana aren't party to these treaties and are therefore not bound by them. The compliance of states with international norms cannot be enforced.

So the question is whether the benefits of joint water resources management will be clear enough to all states within the basin to foster cooperation.

Stakeholder governments must agree on how to regulate oil and gas exploration and production and on what data to share, without intruding upon any state's sovereign authority. Where such cooperation doesn't exist, it can lead to water disputes.

The apparent lack of transparency in sharing information about the licences is a worry. Without transparency, governments cannot properly manage or monitor the transboundary effects of exploration and fracking activities on the shared water resources.

Worldwide, transparency regarding unconventional oil and gas extraction activities is becoming increasingly important. The country that grants the licence should use regulations to obtain the necessary disclosures.

Information that isn't protected by trade secrets should also be shared on a publicly accessible website such as Fracfocus. This would make it easier for fracking companies to obtain a social licence to operate. It would ultimately ensure that shared water resources are better managed and protected.

Previous Story
Next Story
No Problem in Okavango Drilling - Alweendo

No Problem in Okavango Drilling - Alweendo 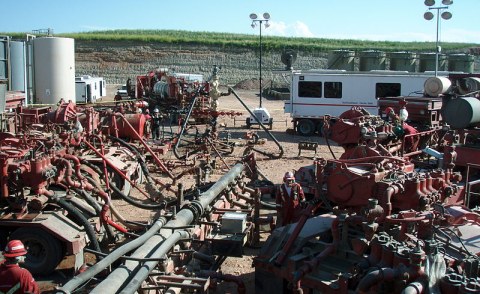 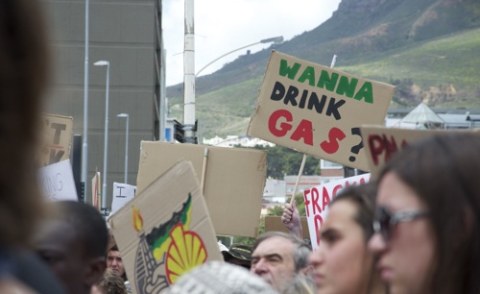 South Africa Gives Green Light for Shale Gas Fracking
Tagged:
Copyright © 2020 The Conversation Africa. All rights reserved. Distributed by AllAfrica Global Media (allAfrica.com). To contact the copyright holder directly for corrections — or for permission to republish or make other authorized use of this material, click here.