Nigeria: Why Nigeria Could Not Meet 2020 Family Planning Target 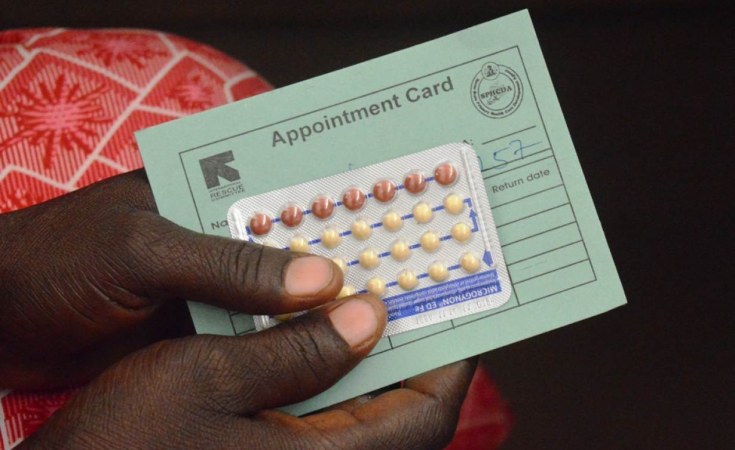 Overpopulation has long been identified as a major impairment to Nigeria's economic growth and inability to provide basic amenities that will make lives better for citizens.

It has also partly been blamed for the country's grim health indices, including high maternal and child deaths and HIV/AIDS prevalence.

Several estimates, including that of the National Population Commission, pitch Nigeria's population at about 200 million, a number expected to double in less than 25 years if Nigerian women continue to reproduce at the current rate.

The Nigerian government had foreseen a population crisis almost a decade ago and identified Family Planning (FP) as a watershed to slowdown the burgeoning population and reduce the high maternal and child mortality rate.

The country, however, failed to meet a global pledge it made along other countries in 2012 to achieve a modern contraceptive prevalence rate (MCPR) of 27 per cent among all women by 2020.

At the dawn of the deadline, FP2020 target indicators show that the country currently has only 13.9 per cent MCPR for all women.

This means that one in four married women aged 15-49 still has an unmet need for modern contraception.

It also indicates that about 15.7 million sexually active women in Nigeria who want to avoid pregnancy, as well as sexually transmitted diseases, will still find it very difficult to do so.

They say the federal government continuously failed to meet, especially, its counterpart funding commitment for the goal.

Nigeria committed to increasing its annual allocation for contraceptives from $3 million (committed from 2011 to 2014) to $4 million. The commitments were made at the 2017 FP Summit in London.

However, the government has not been meeting the annual commitments. Worst still, there has been a decrease and slashes in the FP budget yearly.

No dime was allotted in the basket meant for counterpart funding in the 2019 budget for Family Planning.

In the 2019 Appropriation Bill sighted by PREMIUM TIMES, FP budget was slashed by 80 per cent compared to that of 2018. It is the lowest since the country started budgeting for FP to meet the 2020 target.

In sum, only N30 million was allocated to family planning last year, a whopping 80 per cent decrease to the N1.65 billion provided last year.

There was also about 40 per cent decrease in the budget line item dedicated for domestic funding for FP services in the 2019 budget.

While the 2021 budget is yet to be appropriated, the 2020 budget also showed a marginal decrease in FP funds.

"The budget for family planning to procure commodities for women is N1.2 billion in 2020. With the current dollar rate, we now have a funding gap of $600,000m" Aminu Magashi, a public health expert and the coordinator of Africa Health Budget Network (AHBN), said.

This is against the advice by the Bill and Melinda Gates Foundation - one of the major funders of FP - to the Nigerian government on the urgent need to improve domestic funding for FP.

The implication is that funders such as UNPFA - the UN population agency that procures FP commodities for Nigeria - will not invest.

"Hence there will be no FP products for millions of Nigeria who want to avoid unwanted and unplanned pregnancies", Wale Adeyeye, the Executive Director of Balanced Stewardship Development Association (BALSDA), noted.

"Once the money is not available, there will be no access to commodities at the facilities".

Nigeria largely depends on grants for its FP interventions, a situation President Muhammadu Buhari described as a "frightening prospect if we sit idly by and expect handouts from so-called development partners".

The president spoke in reaction to the country's population crisis during a presidential retreat last August. "The solution to our problems lies within us," he noted.

As a result of the economic downturn caused by weeks of lockdowns in the COVID-19 pandemic era, many donor funds are no longer coming as every country faces its own COVID-19 nightmare.

As donor money starts to shift away, and the clock runs out to establish a locally backed replacement, health advocates say the government should source for more local funding for health.

"It is a shame that a government that recognized FP 2020 is not only depending on donor grants but also not putting enough money for the program to progress," Oladipo Ladipo, the Chairman of the National Advocates for Health, said.

Contraceptives lie at the heart of proper family planning but its use has been shaped by the level awareness and perception of different methods available.

Health experts believe that a lack of knowledge about the various available options, combined with misconceptions about the use of contraceptives is one of the biggest contributors to the low uptake of family planning.

Due to lack of proper awareness on certain contraceptive methods, several myths and misconceptions have brought about a low acceptance of contraception.

There are beliefs that people who use contraceptives end up with health problems or permanent infertility or that contraceptives reduce sexual urge, and also increase promiscuity among women.

According to Maro Mandara, a reproductive health specialist, "knowledge of contraception means knowing at least one of the methods."

On average, a Nigerian woman or man aged 15-49 knows about 5 out of the 15 methods of contraceptives, according to the 2018 NDHS.

"The problem lies more in perception rather than knowledge," said Mrs Mandara. "Many people know some of the methods but still refuse to use them because of these myths, misconceptions, socio-cultural norms".

Apart from poor funding, FP is yet to penetrate in Nigeria especially because of some cultural norms and values as well as the decisions of couples.

2018 National Demographic and Health Survey (NDHS) showed that desire for more children; personal reasons; spousal opposition to contraception; fear of side effects; not knowing any contraceptive method; and religious and ethnic objections were the commonest reasons for sexually active women not using contraception.

"Some people still think their wealth depends in the number of children they have but that is not so."

He listed poverty, religion and myths as some of the reasons why people reject contraception in Nigeria.

"The role of men is important because women will likely adhere more when the men are supportive."

"The consequences of not meeting the FP 2020 target is that we will become overpopulated. There will be social unrest, political unrest, insurgency, and environmental degradation," says Mr Ladipo, a professor.

"One major ripple effect from unmet contraception needs are unwanted pregnancies. Once a woman has unwanted pregnancy, the chances is that she will attempt to get rid of the pregnancy. And chances are that she will go to a quack doctor to perform the abortion which may lead to further complications", said Mr Magashi, a public health expert.

Of the 45 million women of reproductive age (15-49) in Nigeria, 15.7 million want to avoid pregnancy, a factsheet by Guttchmer Institute show. The figure represents women who are sexually active but do not want a child for at least two years.

Without modern contraception, these stand a huge risk of unwanted and unplanned pregnancies which often leads to abortion, a major cause of maternal and child death toll.

He said there is a need to focus on ensuring that people know more about the array of available contraceptives, the most effective types and how they can access them.

"An initiative like this should also aim to reduce perceptions based on myths and misconceptions," he noted.

At a programme on family planning in Ibadan last year, Mr Otolorin, while presenting a paper, recommended that Nigeria adopt the Human-Centered-Design (HCD) which he described as a "problem-solving design approach that aims to create useful, durable and desirable interventions by focusing on end-users and their diverse needs, abilities, and resources".

"The HCD approach engages target populations to participate in an enriched design of innovative solutions, it enhances the positive impact of health and development interventions by improving the overall acceptability, usability, and sustainability of newly designed interventions," the professor explained.

He said the design will enable wide use of contraception "which will significantly help in reducing child and mother deaths, the spread of HIV as well as other reproductive health challenges".