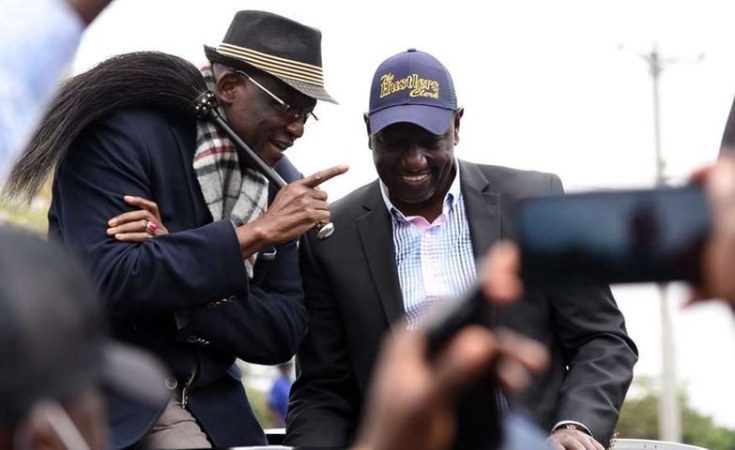 Deputy President William Ruto yesterday indicated that he may not support the Building Bridges Initiative (BBI) report, dismissing it as tribal agenda being pushed by people seeking to secure jobs for just four individuals.

He said the problems facing Kenyans would not be solved by the proposals in the report, adding that the Big Four agenda had been hijacked by the BBI.

"The focus right now is not the BBI, which will create jobs for only four people who already have jobs and abandoned the Big Four agenda, where the housing projects alone would have created four million jobs. Really, do we have the right priorities?" he said.

"We have, over the years talked about positions, but this time around we will talk. We have had a conversation about the prime minister, deputies and all those big posts. It is time to change the conversation and talk about what we will do for the common man," said Dr Ruto.

The DP lamented that leaders who support him were being threatened by the police and other State agencies, adding that it was unfortunate that the police were being used to unleash terror on innocent Kenyans.

"Even the governors are being intimidated but that will not stop us. Stop this intimidation and talk about how we are going to change the lives of Kenyans," he said.

He said there was a scheme to prevent leaders from addressing the problems that face Kenyans.

The leaders who accompanied him said those opposing the 'Hustler Movement' did not want ordinary Kenyans to rise out of poverty.

They also pledged support for his presidential race in 2022, saying the DP was the best suited to lead Kenyans since he understood their problems more than any other politician in the country.

The DP expressed confidence that he will form the next government and asked his distractors to be ready for a battle royale.

Speaking in Igembe South and Tigania West in Meru County, where he held public rallies and fundraisers, Dr Ruto warned the so-called Deep State out to prevent him from running and winning the election in 2022 that they were in for a shock.

Saying he is the one who formed the government with President Uhuru Kenyatta in 2013 and 2017, Dr Ruto chided the likes of Jubilee vice-chairman David Murathe and Cotu secretary-general Francis Atwoli over their utterances on how he would be stopped from sailing to State House, saying he was more versed with the Deep State than they were.

He termed such threats as "stupidity" being peddled by people who did not know that they were saying.

"You want to tell me as the deputy president of Kenya I know nothing about the so-called deep state? I want to assure you that when the next government is being formed we will be there," he said.

The DP had a full plate yesterday, starting his tour by addressing 15 MPs and 50 MCAs from the Meru County at a breakfast meeting Senator Mithika Linturi's home in Igembe South.