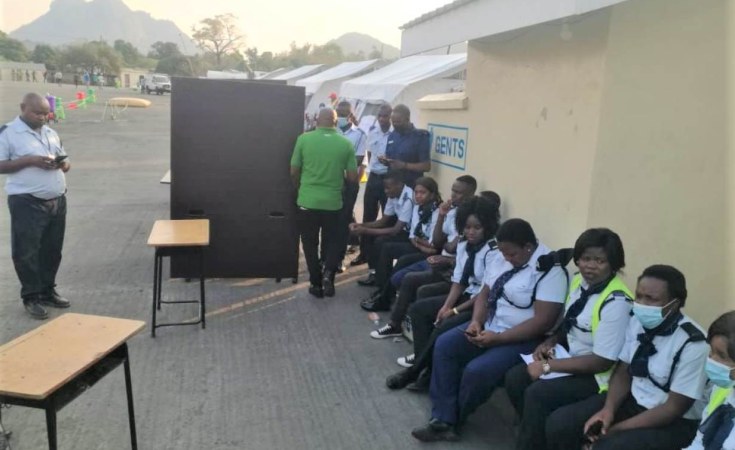 Siphat Simali imagined that when she finally got back to Malawi she would return with pride and enough earnings from South Africa to support her two children and start a small business.

Instead, the 28-year-old former domestic worker was bussed home empty-handed and shamefaced, one of a thousand to return last month after mass job losses in South Africa's lockdown.

Nearly 10,000 Malawians have made the long journey home from South Africa since May, according to Malawi's Department of Disaster Management Affairs, with more due in coming months as the coronavirus eats deeper into the world economy.

"I have nothing now," said Simali after she was spewed out of a packed bus and joined the rush for a nearby tap, parched by her three-day journey.

Some of her fellow passengers had spent their final rands on a bus ticket back, deciding it was better to be jobless at home, despite the indignity of returning empty-handed.

The government paid for Simali's passage home after she had spent months locked in a South African repatriation centre, her documents expired along with all her savings.

"I was struggling. We didn't have enough to eat. All the things that I bought from my earnings I left them behind when I was detained," Simali told the Thomson Reuters Foundation at the Mwanza border, an entry point into the country from Mozambique.

The coronavirus pandemic has decimated livelihoods across the globe, and with 85% of jobs in Africa classed as "informal employment", the 55-nation African Union estimates some 20 million jobs will be threatened by the pandemic.

In a pre-COVID-19 world where people followed the money, South Africa was a jobs magnet for nearby economies that could not support their own populations.

The most recent South African census data found there were about 2.2 million immigrants in the country, 75% of them from the African continent and about 4% from Malawi, which the World Bank calls one of the world's least developed economies.

Poor agricultural productivity, fast population growth and unpredictable weather are among obstacles to overcoming poverty, according to the World Bank, with COVID-19 impacting growth.

Malawi, a landlocked country with a rural economy and a population of about 17.7 million, faces food shortages and high unemployment, according to the Malawi Vulnerability Assessment Committee, a government-funded research group.

The committee estimates that 15% of the population is in desperate need of food.

"I went to South Africa because I couldn't secure a job here to support my family," said Major Chitenje, 31, a former barber in South Africa, as any returnees showing COVID-19 symptoms lined up at the border stop for mandatory testing.

"Let me see how can I survive here," he said.

In a sign of the desperate times, the returning migrants brandished mobile phones and coveted food items bought in South Africa to try and sell on their arrival home.

Customers jostled for deals, knowing the migrants had spent up on the way so might sell any leftovers at a knockdown price.

There are nearly 87,000 Malawians in South Africa, according to the most recent official data out of South Africa. Most find work in shops, factories and as domestic workers or gardeners.

Those interviewed were earning about 2,000 rand ($120) a month, and had stayed in South Africa for two to five years, trying to save money to bring back home.

According to the International Labour Organization, 75% of young workers in Malawi have only "irregular employment", meaning it might be badly paid, temporary or seasonal.

The Thomson Reuters Foundation interviewed half a dozen returnees who all expressed anxiety about using the last of their savings to survive in South Africa or get home, and were feeling nervous now about disappointing family.

Add to that a widespread fear of outsiders carrying deadly germs, and the outlook for many returnees looks bleak, said Nuha Ceesay, Malawi country director for UNAIDS, the joint U.N. programme on AIDS/HIV.

Returning Malawians were often assumed to be COVID-19 carriers by their communities, he said.

"Returnees reported a lot of stigma, everyone assumes they are COVID-positive," Ceesay said in a phone interview.

Rejoice Shumba, a spokeswoman for the ministry of foreign affairs, said the government cannot support the thousands of Malawians returning apart from helping them clear borders.

"To those who were in prison, government facilitated their deportation by providing buses. But generally, strict COVID-19 measures in other countries have prompted Malawians in those countries to come back home," Shumba said.

James Jenala, a returnee who worked in construction in South Africa, said even informal work had dried up during lockdown.

"With COVID-19, no one was coming to pick us up. I guess they suspected that we have the disease which made it difficult for us to survive," Jenala said.

Now, Jenala, 35, was thinking about farming in Malawi so he could at least feed his four children - for now at least.

"I have not ruled out the possibility of returning to South Africa in the future," Jenala said.