Africa: Big Proposed Shake-Ups in Broadcast Regulation in Nigeria and South Africa - the Spillover May Create Change in Other Countries 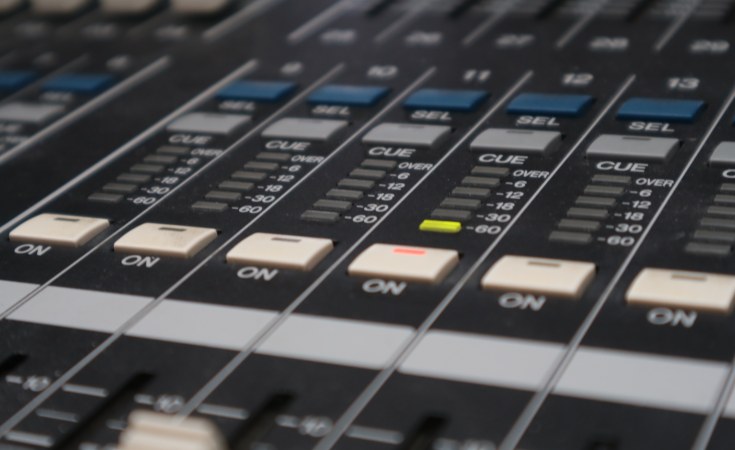 London — After rumbling sounds for many years, continental pay TV operator MultiChoice finds itself in the sights of legislators and broadcasters in Sub-Saharan Africa's two biggest markets, Nigeria and South Africa. Russell Southwood looks at what's being proposed.

Nigerians have long held a beef against pay TV operator Multichoice and popular feeling against it has led to both legislative and regulatory interest. Last week MultiChoice's CEO was up before a panel of Nigerian legislators who were investigating the pay TV sector in the country.

The legislators were interested in why there was no 'pay-as-you-go' model for pay TV: the advantages of pay-as-you-go for mobile encouraged a much larger mass market. Consumers were able to buy a very small amount of airtime when they could afford it.

John Ugbe, CEO, MultiChoice told the legislators that this model was both technically and commercially herculean for his organisation. He said pay TV broadcasters are not set-up like telecommunications services providers because unlike the Telco systems, satellite broadcasting "is a one-way system that does not allow broadcasters to know or determine when a subscriber is connected or watching a particular channel or programme".

What Ugbe did not say was that MultiChoice could easily use video on demand channels - like Showmax - to sell individual pieces of content but that this would break up its existing business model. Every pay TV subscriber buys a bouquet of channels but rarely wants more than a handful of them. Furthermore, those with Personal Video Recorders (PVRs) will know that even within a channel, viewers have very specific and often limited preferences. So why no online per football match sales? Why no online premieres? The covid-19 lockdowns have shown that African viewers are much more likely now to view online than before the pandemic.

Nigeria's broadcasting regulator NBC has out a new broadcast code. Section 6.2 says that in terms of sports rights it will not allow Nigeria to be bundled with other countries. Section 6.2.5 insists that "rights owner to live foreign sporting events shall offer the rights to Broadcasters on the different platforms stated." These platforms are specified as: Satellite (DTH), MMDS, cable, DTT, Internet, mobile, IPTV and radio. Section 6.2.4 says that these kinds of rights will be null and void if not submitted to NBC for ratification.

Furthermore, section 6.2.9 forbids the 'warehousing' of rights: in other words, it will not allow rights owners to boycott the country. Rights owners will probably comply with the regulations but it piles more pressure on Multichoice.

NBC's regulatory counterparts in South Africa, ICASA, has set out its own new set of regulations for sports rights. The list in the legislation specifies major international sporting events as well as certain minority and developmental sports. It says that these events cannot be acquired exclusively for broadcasting toy pay TV subscribers.

Although FTA TV stations have always got a look in, the issue is over how much of a look in. The regulation says the events specified must be broadcast live, delayed live, or delayed by free-to-air television broadcasting licensees. ICASA needs to be more specific about the kind of FTA access that is mandated and it may yet do so.

Finally, the South African Government (in a recent Department of Communications White Paper) is pushing for MultiChoice to be obliged to pay for the 'must-carry' channels from the country's public broadcasters SABC. The SABC has been complaining that PayTV and satellite broadcasters benefit from the content it generates and which they use for free due to the must-carry rules that were designed to fulfil the universal access regulations around the public broadcaster's content.

You might ask why 'retransmission fees' are not paid by pay TV stations to both public and private channels. There are many TV channels in Kenya and other parts of East Africa who have been wondering the same for many years now.

Post-Covid-19 African broadcasting will not be the same as it was before. MultiChoice has for many years been what in telecoms terms is described as a 'dominant operator". It has been hard to address this issue in South Africa precisely because of its dominant position. Now it has been cut loose from its former parent Naspers things might be different.

If Africa's broadcast markets are to survive then this issue now needs to be addressed. The regulation described above can easily lay the foundation for other African regulators to put in place their own market safeguards to create more diverse markets.

Kenya is on Netflix: The 2018 Kalasha Award winning short film "Poacher" became the first Kenyan film to make an entry to the global audience via Netflix in September 2020. In the film, Kenyan star Brian Ogola plays Mutua, a desperate farmer who gets into trouble after stealing ivory from a group of international tourists. The Kenyan-British co-production highlights the trade of illegal ivory that has continuously endangered the Elephant population in the Kenyan Tsavo and Africa at large.

Corruption Wahala; An Everyday Tale has been officially selected for the Africa Film For Impact Festival (AFFIF): https://filmfreeway.com/affif

TelkomONE is the new streaming platform introduced by telecommunication operator, TelKom, which will focus on local content. TelkomOne streaming service will be available via the web, mobile apps, and streaming box and will come in daily, weekly and monthly subscription plans. It will also include a wide range of TV channels, all available to its customers.

Nigeria: How to advertising agencies might pay on time: The Advertising Practitioners Council of Nigeria (APCON) and the National Broadcasting Commission (NBC) are, according to industry reports, seeking ways to pay back more than eight billion Nigerian Naira (US$21 million) that is currently owes to broadcasters. APCON and NBC, respective regulators of the country's advertising and broadcasting industries, said they would work together to implement a proposed new "Standard Operating Procedure (SOP) Framework" to deal with, among other things, payment terms.

Tagged:
Copyright © 2020 Balancing Act. All rights reserved. Distributed by AllAfrica Global Media (allAfrica.com). To contact the copyright holder directly for corrections — or for permission to republish or make other authorized use of this material, click here.