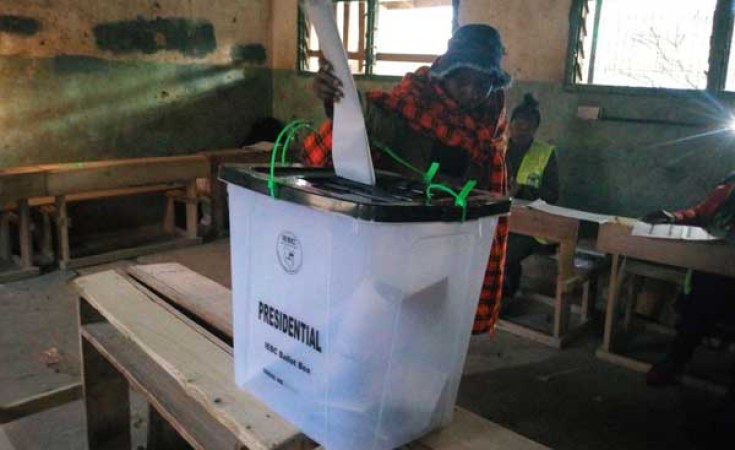 The elections could provide another episode of a close contest between incumbent President John Pombe Magufuli and Tundu Lissu, the frontrunner from the opposition's Chadema party.

This week, CCM's top leadership met with envoys from various countries and assured them of fairness and legality of the polls.

On Thursday, CCM Secretary-General Bashiru Ally met with diplomats from Kenya, Mozambique and seven countries in the European Union, a meeting which discussed economic relations.

Tanzania's Foreign ministry officials are normally the ones to hold such meetings but ahead of the elections, Dr Ally's task also included meeting with Dr Donald Wright, the US ambassador to Tanzania.

A dispatch on the meeting showed Dr Ally and Dr Wright discussed free and fair elections in an environment of peace.

Details emerged that the United States will join select organisations, including some civil society organisations (CSOs), in observing the General Election.

"The US ambassador said his office has been granted a permit to observe the election. I have assured him that the elections will be free and fair," Dr Ally told journalists in a briefing on Thursday.

"He mentioned four areas of interest during his tenure as US ambassador in the country - health, business and investment, environmental and wildlife management," Dr Ally added, suggesting the meeting wasn't all about elections.

Dr Ally further said the US government pledged to support Tanzania in the fight against HIV/Aids, malaria and tuberculosis.

On October 1, the US Embassy in Tanzania issued a public statement emphasising its commitment to ensuring this year's elections are peaceful, fair and transparent.

The Mission further warned that it will not hesitate to take measures against those found guilty of violating the process.

Dr Wright on Thursday disclosed that they were granted a permit by the National Electoral Commission (NEC) of Tanzania.

"As part of my ongoing effort to meet all candidates and parties, today I had the pleasure to meet with CCM's SG Bashiru Ally," Wright later wrote on his Twitter page on Thursday.

"We spoke about CCM's vision for the future, and I thank him for reaffirming his party's commitment to peaceful, fair and transparent elections."

Dr Ally's engagements with diplomats could be due to the busy diary of the main contender, President Magufuli.

He had already met with Mr Lissu and Mr Maalim Seif , the opposition presidential candidate for ACT-Wazalendo (in Zanzibar) to discuss issues related to the upcoming elections.

CCM said the candidates were busy pitching their policies to voters.

An itinerary released by Dr Ally showed that the President's next meetings will include campaign rallies in the Coast, Tanga, Arusha, Manyara and Dodoma regions within the next 10 days.

President Magufuli's mantra has been asking the people to vote for leaders focused on true development.

On Thursday night, he pitched his call on Twitter promising to deliver a "new Tanzania" based on "true development."

Still, there was an element of symbolism in Dr Ally and Dr Wright's meeting.

They did not shake hands, only bumping their elbows as is the practice in areas keen to contain the Covid-19 pandemic.

Tanzania officially has no Covid-19 cases but the US envoy showed up at the CCM headquarters in Lumumba, Dar es Salaam, wearing a face mask.

Despite a pledge on fairness, opposition ACT-Wazalendo has faulted the five-day campaign suspension slapped on the party's presidential candidate, Seif Sharif Hamad, saying it shows the Zanzibar Electoral Commission (ZEC) is not independent.

The party claimed that the decision was made after analysis showed Mr Hamad's popularity and acceptance ahead had increased ahead of the election.

Salim Bimani, the party's head of ideology and publicity, told The Citizen, immediately after the declaration of the suspension from Wednesday to October 20, that the move was more political.

"This is an unacceptable decision that should be condemned by election stakeholders inside and outside the country," he said over the phone.

Mr Bimani said Mr Hamad will, nonetheless, continue with activities in Mainland and Zanzibar as the party's national chairman.

"As the national chairman, Mr Hamad has many other issues to do in the Mainland and Zanzibar," he said.

Mr Ameir lamented that while in Pemba October 13, Mr Hamad had asked voters to cast their ballots on October 27, contrary to Section 82(1)(2) of the Elections Act.

The day is reserved for members of the disciplined forces and officials of the electoral commission. Every other person votes on October 28.

Mr Hamad becomes the second presidential candidate after Mr Lissu to have his campaigns suspended.

Mr Lissu's campaigns were suspended on october 23, for seven days, over "seditious language".

The Ethics Committee said it found the presidential candidate guilty of making seditious remarks, violating section 21(a) and (n) of the code of ethics for presidential, parliamentarian and councillor election elections.