Zimbabwe: The Proposed Patriotic Bill Is All, but Patriotic 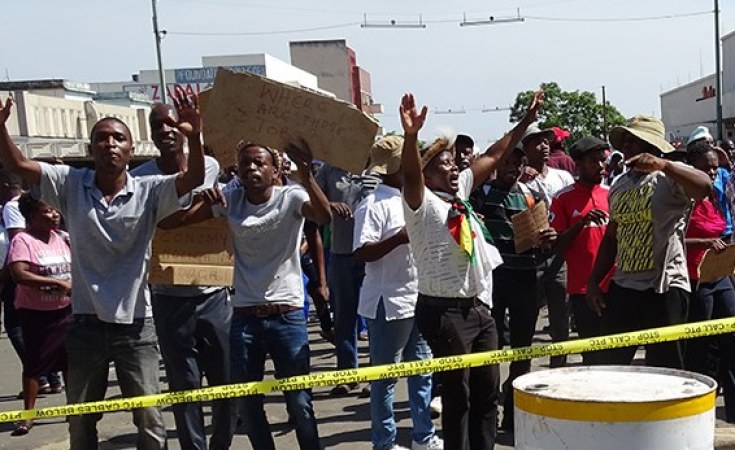 On October 4 2020, an article was published in The Sunday Mail in which it was reported that principles of a proposed Patriot Bill aimed at criminalising private correspondence with foreign governments to the detriment of the national interests, had been drafted, and were to soon be tabled before Cabinet for consideration of legal enactment.

This is fast-paced consummation of an intent originally revealed by Information minister Monica Mutsvangwa on 4 August, 2020 in her reading of the 27th Post Cabinet Press Briefing. At that point, it was reported that the proposed Patriot Bill was recommended to Cabinet by the National Peace and Reconciliation Commission (NPRC), in its 2018 and 2019 annual reports. It was highlighted that the NPRC had recommended that "campaigning against one's country" should be legislated at law and "criminalised".

In the article, the permanent secretary in the ministry of Justice, Legal and Parliamentary Affairs, Virginia Mabhiza, was quoted as stating the following to the publication:

"The Bill is premised on the constitutional provision on the foreign policy of our country, which values the promotion and protection of the national interests of Zimbabwe. It is the duty of the state to engage other sovereign nations on issues pertaining to foreign relations, and not self-serving citizens."

Expanding on the implications of the proposed Bill, the permanent secretary indicated that acts which would be criminalised under the proposed law would include private correspondence with foreign governments or any officer or agent thereof, including false statements influencing foreign governments or any other such conduct aimed at undermining the country. It was further stated that conviction in relation to such charges would result in the imposition of stiff punitive measures.

Aside from generalised references to the scope of the Bill, it was mentioned that the proposed Bill drew from similar legislation in other jurisdictions, such as the Logan Act in the United States of America.

Seeing the bizarre false comparative the executive seeks to make with the American statute, it is necessary for context, to consider the adoption of principles related to the Logan Act.

The Logan Act was promulgated in the United States of America in 1799, more than 220 years ago. The Act was a direct response to the private efforts of a Quaker politician, George Logan, to negotiate peace between America and France during an undeclared naval war between 1798 and 1800. Logan reportedly did not claim to represent the United States or President John Adams on his mission, and it is unascertainable how much influence he had on the peace process, if he had any at all. However, Logan's efforts embarrassed the Federalists, who had control of Congress at the time. Consequently, the Logan Act was enacted to punish perceived political adversaries for attempting to get involved in international politics.

The Logan Act makes it a federal crime for a private American citizen to engage in any communication or correspondence with a foreign government that intervenes in a dispute with the United States in order to "defeat" any measures by the US. Similarly, it has been reported that the proposed Bill is intended to protect citizens from "the vagaries of interference into their internal affairs and systematic as well as sustained economic warfare".

The concept of national interest considerations is common to sovereign nations. Every sovereign nation is entitled to protect its domestic integrity from external interference. The danger, as with all things however, lies in the blatant abuse of the law to meet individualistic and self-serving goals under the guise of promoting the national interest. Given the track record of the Zimbabwean government, herein lies the crux of the matter.

The government has a consistent record of promulgating laws that are specifically designed to crack down on any form of perceived dissent in the country. It is against this backdrop that the proposed Bill seeks to be enacted. The Patriot Bill, as it has been termed, is anything but. The tenets that underpin the Bill belies the fact that it is not intended to prevent fraud, or treason, or subversion of the government. Instead, it is the latest in a long line of legal instruments designed to punish citizens, civil society organisations and political adversaries for exercising the right to expression, particularly in relation to the state of the nation. The remarks of political analyst Godwine Mureriwa, which were quoted in the article, are both ironic and illuminating, in that they make no qualms about the fact that the proposed Bill ought to be viewed as targeting perceived political opposition from politicians and civil society leaders.

There can be no room for a law such as the one proposed in a democratic society. The Logan Act, which has been extensively referred to in the formulation of the proposed Bill, has only been utilised in two indictments and not a single successful prosecution in the past two centuries. In other words, it is obsolete.

In the two circumstances where it was invoked, it was done so purely to penalise political speech. The general and sweeping nature of the proposed bill is a cause for concern as it appears that it would be applicable to any citizen, civil society organisation and political opponent/party. There does not appear to be a delineation of what would constitute unacceptable private correspondence with foreign governments, save for what is determined by the government. This is particularly of concern to the work of human rights-related organisations, whose mandate it is to observe, bring attention to and seek redress for human rights violations. A simple consideration of the fact that only the government would be permitted to decide what violations could and could not be revealed to the world, reveals the absurdity of the proposed law. This is more so, given the fact that the government is predominantly the perpetrator of said human rights violations in the country. It goes without saying that the direct conflict of interest would effectively result in the death of human rights activities in the country.

Evidently, when an Act is relegated to the dustbin of history, there are cardinal failings related to its existence and operation. It therefore defies logic, that a developing country such as Zimbabwe, would be eager to bring into operation a law that is influenced by principles that are misplaced; not only in the first world, but particularly, in a country such as Zimbabwe. In America, the disuse of the Act has been predominantly attributed to two considerations. The first is that the Act undermines the right to freedom of expression, with the adoption of the First Amendment to the American constitution. The principle of constitutional supremacy renders the constitutional provision supreme. The second is that the Act was created as a political tool between two opposing political ideologies, as opposed to nationalistic considerations. In this light, the "Patriot Bill" creates a sense of alarm and discomfiture in that it affirms the general trend by the government to weaponise the law against its citizens in order to control, intimidate and stifle the people.

New Law Could Bar Nelson Chamisa From Zimbabwe Polls
Tagged:
Copyright © 2020 Zimbabwe Standard. All rights reserved. Distributed by AllAfrica Global Media (allAfrica.com). To contact the copyright holder directly for corrections — or for permission to republish or make other authorized use of this material, click here.