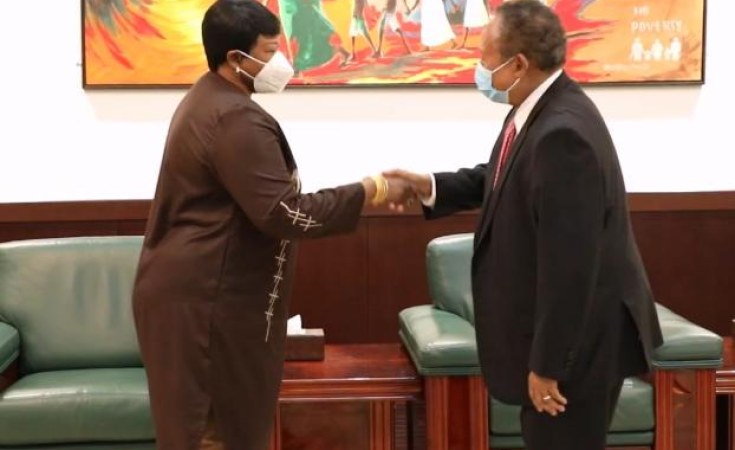 Five years have passed since former Sudanese President Omar al-Bashir came dangerously close to blowing the lid off the International Criminal Court (ICC) by defying his arrest warrant and attending an AU meeting in Johannesburg. This weekend, an ICC delegation – buoyed by the extraordinary recent developments in the East African country – jetted into Khartoum to negotiate his transfer to The Hague.

In 2008, the ICC's Chief Prosecutor, Luis Ocampo, alleged that al-Bashir bore individual criminal responsibility for genocide, crimes against humanity, and war crimes committed since 2003 in Darfur.

The conflict broke out when rebels from the territory's ethnic central and sub-Saharan African community launched an insurgency in 2003, complaining of oppression by the Arab-dominated government in Khartoum. Al-Bashir's Government responded with a scorched-earth campaign of aerial bombings and unleashed militias known as Janjaweed, who are accused of mass killings and rapes.

Legalbrief reports that al-Bashir became the first sitting head of state ever indicted by the ICC, but the Arab League and the AU condemned the warrant. The tables turned last year when he was deposed in a coup and tried and convicted on multiple corruption charges. His trial regarding his role in the coup that brought him into power began in July.

The ICC group will meet Sudanese Government officials who have agreed that he can stand trial at The Hague.

However, under a peace deal with rebels in the Western region of Darfur, the government has agreed to also set up a special court on war crimes that would include al-Bashir. BBC News reports that the ICC team in Khartoum includes Chief Prosecutor Fatou Bensouda.

The UN estimates that 300 000 people were killed in the conflict, which began after a revolt in Darfur in 2003.

Al Jazeera reports that two other former officials wanted by the ICC for crimes against humanity in Darfur – Ahmed Haroun and Abdel Raheem Muhammad Hussein – are also in detention in Khartoum.

In June, Ali Kushayb, the head of the Popular Defence Forces accused of carrying out some of the worst atrocities in Darfur, surrendered to the ICC and is now in custody. Full Al Jazeera report Full BBC News report

Sudan's transitional government, which has promised democratic reforms and is led by a mix of civilian and military leaders, has previously said that war crime suspects, including al-Bashir, would be tried before the ICC, but the trial venue is a matter for negotiations with The Hague-based court. The Independent reports that Prime Minister Abdallla Hamdok's office said the delegation would depart on Wednesday. Full report in The Independent