Nigeria: Malaria Parasites in Nigeria Are Genetically Diverse - a Danger but Also a Useful Tool 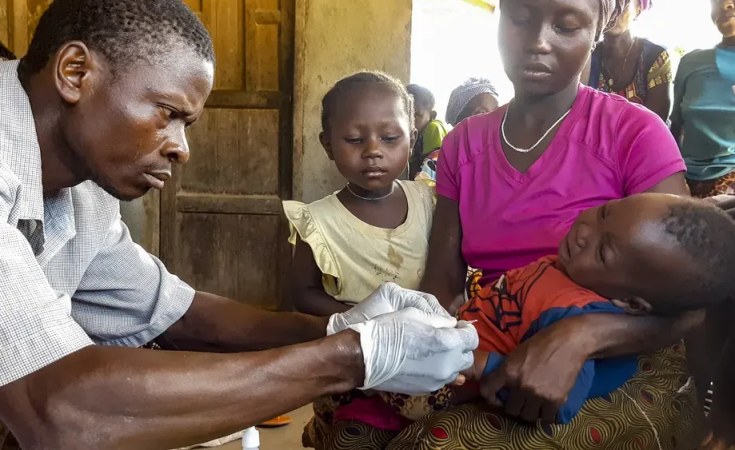 Malaria is one of the world's most dangerous parasitic disease and a major public health challenge, especially in Africa.

Each year, over 200 million new cases of malaria occur globally. This leads to the death of over 400,000 individuals, most of whom are children below the age of five. Nigeria accounts for about a quarter of all malaria cases and deaths worldwide.

It has the ability to vary or mutate its genetic make-up, especially when under pressure, to generate diverse strains or variants. The result is enormous genetic diversity in natural populations. And this has consequences for malaria control and treatment. The high genetic diversity in the parasite population could lead to gradual selection of more virulent or powerful strains. That could lead in turn to the emergence and proliferation of drug-resistant parasites.

Our research has already confirmed that in malaria-endemic countries such as Nigeria, infected individuals carry P. falciparum parasites that are genetically complex or diverse. What we didn't know was how diverse the parasites are in the micro environment, such as within households and among children of the same family.

We thought that knowing the population structure within households could help us understand more about the pattern and development of the disease. It could also inform development of appropriate guidelines and control measures.

We found that even in the micro environment, P. falciparum parasites exhibit high genetic diversity. This finding was similar to results from larger communities in malaria endemic regions and has the same important implications. The implication is that a one-size fits all intervention or approach against the parasites may not be effective.

Different types in one home

We investigated the genotypes of malaria parasite populations in children from 43 unrelated households or families in Lafia, North-central Nigeria.

We used a very sensitive molecular technique to determine parasite genotypes in each blood sample. We focused on a gene called MSP-2. This gene has two types, called FC27 and 3D7. Only one of these types (either FC27 or 3D7) is present in a single parasite at the stage when it enters a person's blood.

Our findings showed that parasites in the study population carry genotypes containing both FC27 and 3D7. But the types were not uniformly distributed among the children in the study households. There were children living under the same roof and infected by parasites that were genetically different. This diversity could help explain why siblings of the same household experience different disease patterns or outcomes. The genetic differences in the parasites could also make the children respond differently to treatment as some children may carry drug-sensitive parasites while others carry drug-resistant parasites.

Implications of our findings

High genetic diversity of P. falciparum populations in an area is an indication that malaria transmission in the area is high. This can lead to competition for survival in the parasite population. That may in turn lead to the emergence of mutant parasites, gradual selection and spread of more virulent strains. These strains would have acquired mutation in genes associated with resistance, especially when under drug or immune selection pressure.

Genetic diversity of the parasite population may also be a tool for surveillance and monitoring of the status or emergence of drug-resistant parasites in a community.

Parasites that become drug-resistant through mutation may increase the risk of treatment failure. The relationship is not direct, though, and remains to be established.

Similarly, genetic diversity could be a challenge for developing a malaria vaccine. A vaccine is designed to target a particular antigen, the substance that causes the human body to recognise and fight an infection. If the parasite has several other antigens, the vaccine won't work for them all.

Genetic diversity also matters when it comes to diagnosing malaria. The blood test kit is looking for a particular feature in the parasite's genes. If the feature is slightly different from the standard, it won't be picked up.

Our studies have shown that P. falciparum parasites exhibit high genetic diversity in natural populations, including the micro environment, in areas where malaria transmission is high.

Genetic diversity is a survival strategy the parasites use to escape from host immune defences and fight against malaria control interventions. But it is also a way to keep a watch for mutants that may be resistant to drugs. And it's a tool for evaluating intervention programmes.