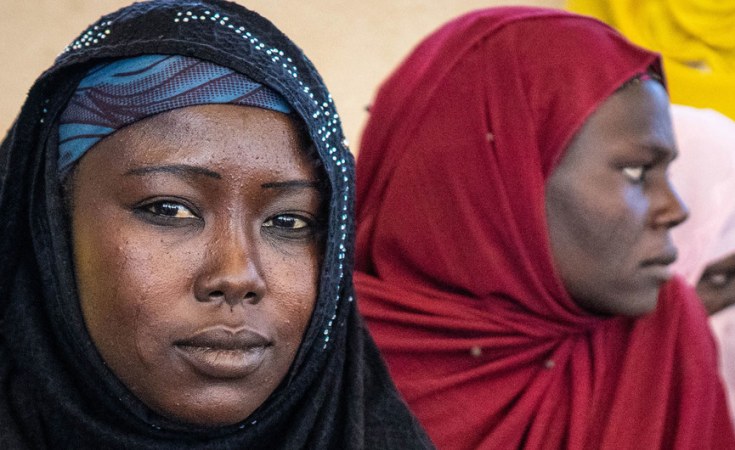 A surge in armed violence, coupled with the economic and social fallout from the COVID-19 pandemic, are contributing to worsening conditions for children in the Central Sahel, the UN Children's Fund (UNICEF) reported on Friday.

"Over a million children have been forcibly displaced from their homes", said UNICEF spokesperson Marixie Mercado, speaking from Geneva.

"Safe water - so critical for the survival of young children and for preventing COVID-19 - is scarcer than ever, particularly so among those displaced."

Malnutrition and attacks against education

Ms. Mercado added that the number of children who will suffer life-threatening malnutrition this year is also on the rise, as their numbers have increased by a fifth.

Conditions are especially acute in some regions of Burkina Faso that are hosting large numbers of displaced people.

Targeted attacks had already shut down more than 4,000 schools across the three countries prior to COVID-19, and the pandemic has shuttered the rest.

"Verified instances of grave violations against children, which include recruitment into the fighting, and rape and sexual violence, have risen, especially in Mali", said Ms. Mercado.

The Central Sahel is one of the world's poorest regions and the overall humanitarian situation there has deteriorated sharply over the past two years.

The UN humanitarian affairs office, OCHA, said more than 13 million people require assistance, and as the UNICEF figures show, more than half are children.

The number of people facing acute hunger levels has tripled over the past year, reaching 7.4 million, while the 1.5 million people now internally displaced represent a twenty-fold increase in two years.

Meanwhile, lockdowns and other measures to prevent COVID-19 have pushed an additional six million people into extreme poverty. Women and girls are especially vulnerable, and gender-based violence is also on the rise.

OCHA warned that needs are rising faster than funding can keep up.

And the World Food Programme (WFP) said on Friday, that its total funding requirement for its operations across the Central Sahel now stands at around $170 million, to provide critical support over the next six months.

Fears of a major crisis

"People living in the border region between Mali, Burkina Faso and Niger are now at an epicentre of conflict, poverty, and climate change. Without support, we fear that the region could develop into one of the biggest crises in the world", agency spokesperson Jens Laerke told journalists.

Amid these obstacles, the UN and partners continue to serve people in need.

For example, UNICEF and partners work to reach children with life-saving therapeutic food, immunization against deadly diseases, and access to safe water and sanitation.

Readers can find information and guidance on the outbreak of the novel coronavirus (2019-nCoV) from the UN, World Health Organization and UN agencies here. For daily news updates from UN News, click here.

Children who were released from armed groups, or who were subjected to sexual violence, are also receiving support to recover and reintegrate into their communities.

The Central Sahel will be the focus of international attention next week.

The UN, together with Denmark, Germany and the European Union, will host a ministerial conference on the region on Tuesday.

The main objectives include instilling what OCHA has called "a much more acute sense of emergency" about the situation, as well as raising funds to support humanitarian action.

"There is enormous potential in the Sahel and the conference on Tuesday should fully recognize this", said Mr. Laerke.

"We hope that donors will pledge generously and commit to comprehensive action that, in the future, will send humanitarian agencies packing because there's no longer use for them."

Sahel At 'Breaking Point' As Donors Pledge Billions in Aid