Djibouti: Twelve Migrants Dead, Others Missing Off the Coast of Djibouti - IOM 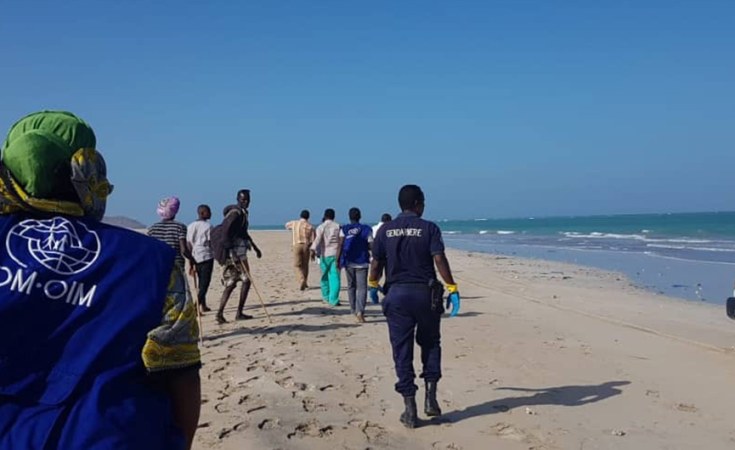 Twelve migrants have died and others are missing after being thrown off a boat by smugglers off the coast of Djibouti in the Horn of Africa, the UN International Organization for Migration (IOM) has reported.

The bodies of those who perished washed up on the coast near Obock (a small port town on the Gulf of Aden) are being recovered and buried by IOM staff, the UN agency said in a news release on Friday.

The victims were part of a group of about 50 Ethiopians, including women, on a boat returning from Yemen, when the violence began. Some 34 migrants, who survived, are being treated for minor injuries and shock, and are being cared for by the UN agency at its migrant response centre in Obock.

The tragedy - which comes 12 days after eight migrants were killed and several injured by smugglers in the same area - is a reminder about the humanitarian imperative of saving lives, said Mohammed Abdiker, Regional Director for East and Horn of Africa at IOM.

"To say more needs to be done to respond the migrants trying to reach the country, taking these perilous journeys, and being exploited by smugglers, who clearly have no regard for human life, is an understatement," he added.

Movement restrictions due to the COVID-19 pandemic have left at least 14,500 African migrants stranded across Yemen, with virtually no access to food, water or health care while living through a deadly conflict and disease outbreak.

More and more African migrants are forced to rely on smugglers to survive and, with no options left, some are turning to them for the perilous sea journey back to Djibouti and the Horn of Africa, said IOM.

Although IOM is supporting stranded migrants both in Yemen and in Djibouti, it is imperative that a safe and reliable humanitarian return pathway is established to urgently stop further deaths at sea, underscored the UN agency.

"[We] fear that despite this tragedy, migrants may still be waiting for a chance to re-cross the Gulf of Aden, heightening the prospect of more fatalities in the coming weeks and days," it added.