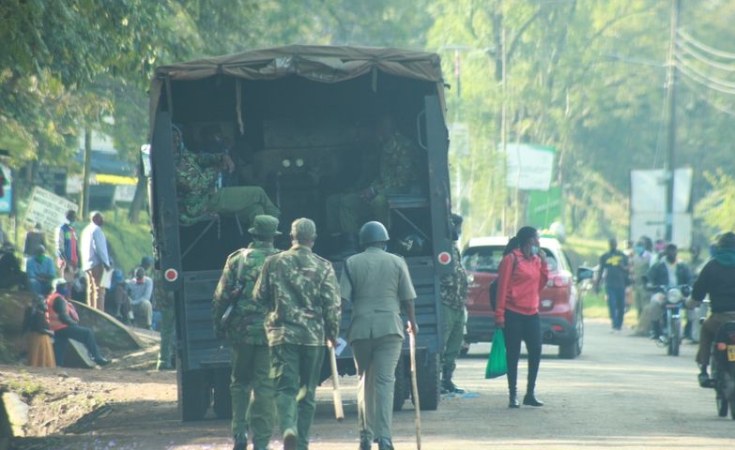 The Kenya police are in the spotlight for selectively enforcing a controversial security law to clamp down on political dissent, which is likely to escalate with the release of a report on constitutional reforms in the coming days.

Police, invoking the Public Order Act, last week stopped three public meetings in western Kenya, including two church fundraisers where Deputy President William Ruto was expected to be the chief guest. In the Coast region, some politicians allied to the Deputy President were also blocked from campaigning for an independent candidate in a parliamentary by-election set for December.

Inspector-General of Police Hilary Mutyambai was hard-pressed to explain the tough action against public meetings linked to DP Ruto while officers watched over similar functions attended by former prime minister Raila Odinga around the same time.

Mr Odinga, who leads the largest opposition party in parliament but is co-operating with the government, last week Saturday hosted a delegation from central Kenya at his rural home in Siaya County and the next day attended a church fundraiser in the same area.

The former prime minister is widely seen as DP Ruto's main rival in the race to succeed President Uhuru Kenyatta upon the expiry of his constitutional two terms in 2022.

A Cabinet meeting chaired by President Kenyatta on October 8 ratified recommendations by the National Security Advisory Council (NSAC) to, among other things, invoke the Public Order Act and the National Cohesion and Integration Act in the policing of early campaign rallies blamed for promoting incitement, hate speech and breaches of Covid-19 public health safety rules.

The Public Order Act requires organisers of public meetings to notify the police three days prior, undertake to keep peace and take responsibility for any violent incidents.

The single-party regime of former president Daniel arap Moi routinely used the law to suppress pro-democracy movements in the 1980s and 1990s, but successive administrations governing under the 2010 Constitution have been largely reluctant to invoke it.

The Law Society of Kenya has challenged the latest enforcement of the Public Order Act in court, arguing that it violates the constitutional rights to free assembly and movement.

The BBI taskforce is expected to officially submit its final report to the president and Mr Odinga in the coming days, setting the stage for many political battles ahead of the 2022 elections