Mali: Free Hostages in Mali: Joy of Some and Fear of Others 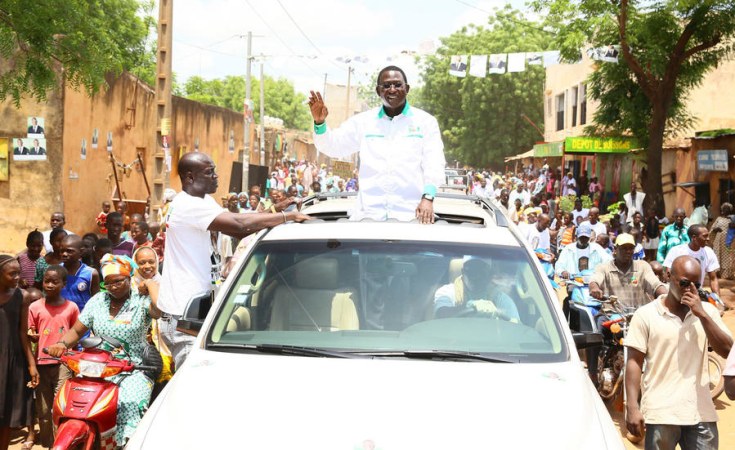 Pierre René-Worms/RFI
File photo of Soumaïla Cissé during the 2013 presidential electoral campaign in Mali.
Centre for Strategies and Security for the Sahel Sahara (Nouakchott)
analysis

Two hundred and four (204) jihadist prisoners were freed against four (4) hostages that include three westerners and the leader of the Malian opposition and the payment of a ransom estimated at twelve to fifteen million Euros, or nearly eight to ten (8 /10) billion CFA.

To the hostages and their families delight, are opposed the worries of many Malians partners in the fight against terrorism as well as the fears of neighboring countries. The future will tell if the Malian transitional authorities were right to proceed with this perilous exchange. The Frenchwoman, Sophie Pétronin, was kidnapped on December 24, 2016 in Gao, Mali; the Italians – priest Pier Luigi Maccalli, on September 17, 2018 in Niger, and Nicola Chiaccio, in central Mali in February 2019. The leader of the Malian opposition, Soumaïla Cissé, was taken prisoner late March 2020, in the middle of the legislative campaign.

Their release on October 5 was a huge relief for their loved ones as well as to their respective countries governments. On the other hand, their exchange for 204 jihadist fighters, including members of Iyad Ag Ghali and Amadou Koufa Support Group for Islam and Muslims (GSIM) is rough. Even it hurts at the thought of the ten billion paid to terrorist leaders. At least it has immediate triple effects in the ranks of the jihadists: a significant resurgence of Iyad Ag Ghali popularity the strengthening of his human resources and the bailout of funds to keep fueling terrorism in the Sahel. In the region, a now prevailing genuine feeling is that the negotiations business to release hostages in the Sahel has exploded.

Algiers, master of the game.

Mali, France, Italy, the Vatican and the United States are parties to the negotiations. The first four countries, because the hostages are their nationals, the fifth is due to certain jihadists, perpetrators of attacks in Côte-d’Ivoire and Burkina Faso, that killed an American national. A regional power, Algeria, is a heavy weight hanging over these negotiations, in her capacity as « protector » of jihadist leader Iyad Ag Ghali.

Officially opposed to any negotiation with terrorists, when they operate on its soil, Algiers may have used its full weight to obtain these « releases »! Thus Algerians may have demonstrated, with a bang, that ECOWAS should involve them in political negotiations with the military junta, as soon as the coup d’état took place on August 18, 2020.

In the fight against terrorism, Mali partners have found themselves in an awkward position: witnessing a certificate of impunity awarded to dangerous terrorists. These were showing off, celebrating triumphantly their return to their fiefdoms, hailed as true heroes! These « releases » seem to taunt the Malian Armed Forces (FAMA), MINUSMA, the Barkhane force, the G5 Sahel troops and others: now, the terrorist groups are the real masters of central and northern Mali. We should no longer fight them with weapons and development projects, but please them when dealing with them. These partner forces are aware that their departure from Mali would mean the collapse of the country, a state that would not resist a jihadist slight offensive. It would then be a repeat of 2013 attack led by the same Iyad Ag Ghali, at the time head of Ansar Eddine, an Islamo – independentist movement, whose southward advance had been stopped by the French operation Serval.

In the G5 Sahel region, Mali is officially considered a sanctuary for terrorists! The other G5 member countries, as well as Cote d’Ivoire, will plainly display their great mistrust vis-à-vis it. Barkhane expressed a tacit disapproval of these releases by arresting prisoners freed in northern Mali. Quickly released, subsequent to demand by the Coordination of Movements of AZAWAD (CMA). They will have registered the signal: the French force will continue to hunt them down. An analysis by the French daily, Liberation, reveals that 29 of the released prisoners had been captured by French soldiers.

No respite from jihadist attacks.

Presently, these « releases » encourage terrorism, as the jihadist attacks resumed, only eight days after their release. The GSIM has claimed responsibility for a triple attack in the Mopti region. Eleven Malian soldiers were killed in the attack on Sokoura camp, in Bankass administrative region and two others in an ambush against troops that came as reinforcement. Twelve civilians were also killed in the attack on a bus, still between Bankas and Bandiagara.

In response, for their part, the FAMA claim to have neutralized thirteen terrorists. It is not excluded that the freshly enlarged and already rearmed jihadists took part in these assaults. The exchange of jihadist prisoners for hostages and money handed over, will not have earned Mali any truce or state of grace. Mali’s neighbors, in particular Burkina Faso, Côte-d’Ivoire and Niger, will not fail to blame the junta for that costly operation of charm.

As an example, in an interview with RFI and France 24, on October 15, 2020, the president of Faso, Roch Marc Christian Kaboré, stated that the release of the hostages was too dearly paid: « Is this a negotiation for a pause or for the release of hostages? ’President Kaboré specifies that his country was not consulted on either the negotiation process or the decision to release the jihadists, including the mastermind of the assaults on the Hôtel-Splendid and the Cappucino restaurant, February 15, 2016, in Ouagadougou, Burkina Faso and the Grand-Bassam attack, March 13, 2016, in Cote d’Ivoire.

Mali’s major partner, France, is indeed beginning to doubt its own commitment to the Sahel. “We have lost 50 soldiers since the start of these operations and nearly 500 soldiers have been injured,” recalled the chairman of the French Senate Defense Committee, Christian Cambon. However, it turns out that a number of those released in Mali « have blood on their hands. […] Can we still consider that the junta in power in Mali is a trusted partner in the fight against terrorism that our soldiers lead with courage and abnegation? ”He asked, confiding his “deep concern” on Barkhane’s situation under his conditions.  »

In its own way, the junta itself may have challenged France. In the early hours of their coup, the soldiers had publicized their relations with Russia, receiving its ambassador in Bamako, carrying the emblematic name of Igor Gromyko, recalling the famous and irremovable Minister of Foreign Affairs of the late Soviet Union (USSR), Andrei. Pleased with this windfall, he said as he left the hearing: “We discussed security’’. A heavily loaded sentence. Does the junta plan to favor cooperation with Russia in security matters? And, as if that were not enough, the diplomat was applauded by the crowd of demonstrators, who came, at the call of the M 5 – RFP on August 21, to Independence Square, to celebrate « the victory of the people » over the Ibrahim Boubacar Keita regime. Some chanted unequivocal and provocative slogans vis-à-vis the former colonial power: « We want to cooperate with Russia », « We want Russia! » « Poutine, Poutine! And « since the day when IBK signed a military agreement with France, Mali is done.  »

Release of Hostages a 'Victory' for Transition Government 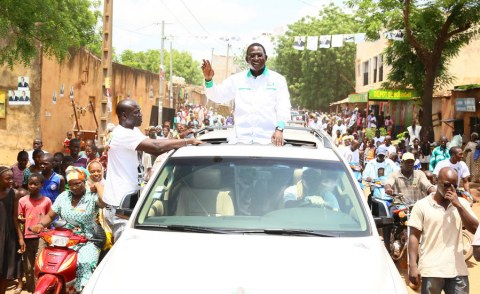 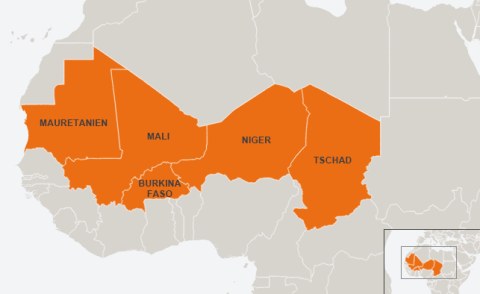 France and Mali At Odds Over Opening Dialogue With Jihadists
Tagged:
Copyright © 2020 Centre for Strategies and Security for the Sahel Sahara. All rights reserved. Distributed by AllAfrica Global Media (allAfrica.com). To contact the copyright holder directly for corrections — or for permission to republish or make other authorized use of this material, click here.