East Africa: Science May Not Be Enough to Prevent the Desert Locust Plague in East Africa 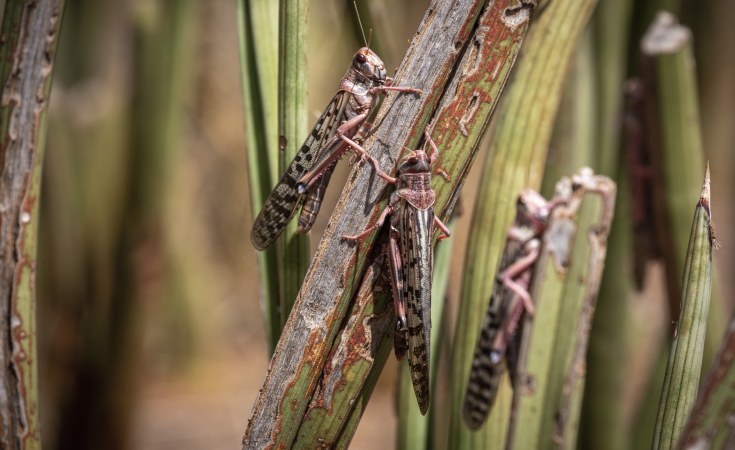 The desert locust plague across a broad swathe of East Africa is likely to continue in November, with new swarms forming near Somalia. But combating the outbreaks has been bedevilled by several factors, not least the non-payment by some of the affected nations of their contributions to the organisation tasked with controlling the swarms.

East Africa is experiencing the worst desert locust (Schistocerca gregaria) outbreak in decades. The outbreak began in early 2019 and science isn't enough to save the livelihoods and ensure the food security of at least 39 million people who are at risk. Implementing existing environmental protection policies and consistent resource allocation to national and regional organisations will ultimately be the difference.

Naturally, these policies and actions should be supported by expert scientists and researchers. Desert locusts have plagued farmers in Africa and Asia since Pharaonic times and are mentioned in both the Bible and the Quran. Since the UK's establishment of the Anti-Locust Research Centre in 1945, four major international conferences have been held to formally establish a method of monitoring, controlling and preparing for future outbreaks.

FAO - Kenya Staring At Another Wave of Locusts Invasion