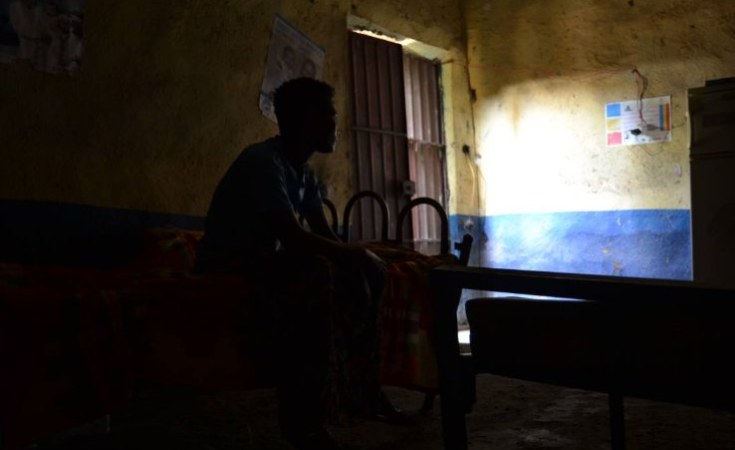 Meline Wuilbercq/Thomson Reuters Foundation
A sex worker poses for a photo in a drop-in center in Metema, Ethiopia.
The Ethiopian Herald (Addis Ababa)
By Esseye Mengiste

The Ministry of Women, Children and Youth Affairs (MWCY), in the first quarter of the fiscal year 2020/21, has undertaken a number of activities in collaboration with stakeholders to ensure the rights, representation and resource of women, children and youth.

According to MWCY with the participation of the school's executives as well as all regional women and children offices, organizations, stakeholders and non-governmental organizations, the institution's 2019/20 fiscal year plan was reviewed in detail and jointly evaluated. The 2020/21 plan has been developed by identifying the strengths and weaknesses, exchanging best practices and gathering additional resources for new initiatives. At the same time, a consensus was reached between the executives on the areas of continued focus.

It is preparing to implement a 10 year development plan that will enable the country to prosper in the next ten years. The Ministry has identified and incorporated activities in the women's, children's and youth's sectors in a manner that is consistent with the current situation of the country and the sector. At the same time, it is being discussed with the executive bodies at the hierarchy of regions.

In addition, work is underway to consolidate and create a convenient office structure in order to improve the service delivery of the institution, which was previously provided in various buildings.

As part of efforts to ensure women's economic empowerment, 56 women from federal sector offices are being recruited and given 6 months of basic training on the issue of caregivers working in federal day care facilities in collaboration with partners. In order to increase the economic benefit of women, a document has been prepared for the establishment of a market center for women in all regions of the country.

Work is underway to develop a conceptual framework for unpaid care work, with a focus on what is at the root of the issue and its relationship to policy and international goal.

In order to ensure the social benefit of women, the Anti-Violence Task Force was developed by the Ministry in all sectors, including the Public Relations and Legal Services, in planning, developing and criticizing, and in consultation with the Attorney General. As a result of the proposed Offenders Registration System, a background document has been prepared based on the experiences of other countries such as Great Britain, the United States and South Africa.

The National Domestic Violence Information System is a system for apprehending, controlling and prosecuting perpetrators of sexual violence. Based on the in-depth analysis of sexual violence and the recommendations of the 2016 Ethiopia Demographic and Health Survey (EDHS) study, Ministry of Women, Children and Youth (MWCY) is working with UN Women on the issues that should be included in the next EDHS study.

As a result of the planned launch of the National Sex Offenders Registration System, a background document has been drawn from the experiences of other countries such as Britain, the United States and South Africa.

Preparatory work has been carried out in all regions and city administrations to evaluate the overall performance of the Youth Revolving Fund from 2009 to 2012E.C and to identify the existing strengths and gaps and make recommendations.

In terms of protecting the rights and safety of children, returnees from various neighboring and Arab countries a budget of 140,000 Birr has been set up for 61 children to be reunited with their families. 34 children (30 from Wolayita zon, 4 from Oromia) were repatriated from Sudan via Metema.

In collaboration with the Ministry of Health, the Ministry of Social Affairs and the Ministry of Education, a Standard Operation Procedure (SOP) has been developed to describe the conditions in which the children should be admitted when they enter the Quarantine Center.

The Role of Mass Media in Holistic Child Development in Ethiopia -a National Assessment is underway in the country.

This budget year and the next 10 years will focus on developing sustainable national issues of women, children and youth. Basically, one of the new initiatives is universal child support, which is implemented in areas where poverty, early marriage, and female genital mutilation are widespread.

Among the benefits are better baby nutrition, quality education, productive citizenship, healthy growth, and maternal economic empowerment. Another task is to establish a children's social services agency, which will monitor children's cases and scientifically implement them, coordinate the private sector, and connect government institutions to ensure the comprehensive protection and safety of children.

Another is the establishment of a Youth Council, which is expected to serve as the voice of the youth free from any political influence; it also plays an important role in job creation, providing consulting services to government institutions and organizations in an organized manner and ensuring participation and benefit.

It allows for the creation of globalization under issues that benefit the youth and for the creation of youth ties up to the kebele. Another one is the establishment of an African Women's Leadership Center. This includes training, exchange of experience; Conduct research and conduct selected policies and research on women. Finally, the establishment of a special anti-violence police force that monitors violence against women and children, and the need for perpetrators to stop and think before committing the act, has created a National Sex Offenders Registry and restricted them from certain social services. It is to inform the local people and the international community that the country will not compromise and to give the victims permanent and full support.

How Covid-19 Is Endangering Sex Workers in Africa

Ethiopia Bans Public Events as COVID-19 Cases Rise
Tagged:
Copyright © 2020 The Ethiopian Herald. All rights reserved. Distributed by AllAfrica Global Media (allAfrica.com). To contact the copyright holder directly for corrections — or for permission to republish or make other authorized use of this material, click here.

If He Hits You, He Loves You - Zimbabwe Tackles Myths & Violence
Arms and Armies