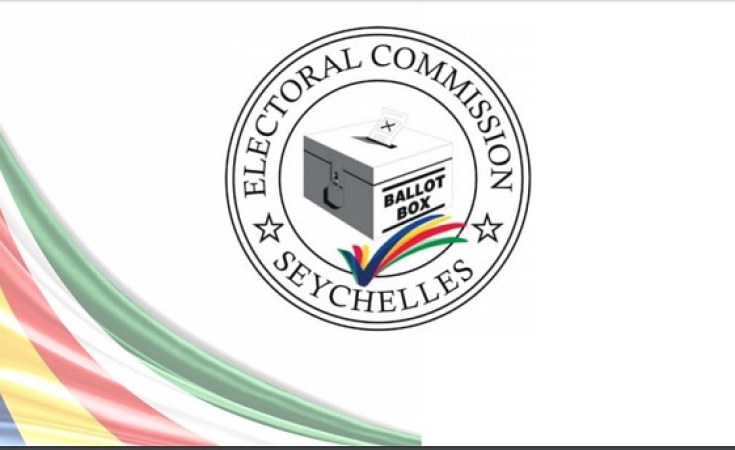 Voters in Seychelles begin casting ballots in the island nation's presidential and National Assembly election on Thursday, the first of three days of voting.

Three candidates -- Wavel Ramkalawan of Linyon Demokratik Seselwa (LDS), Danny Faure the incumbent president of United Seychelles (US) and Alain St Ange of One Seychelles -- are contesting the presidential elections.

Candidates for president and National Assembly have until Wednesday at 7 a.m. to persuade Seychelles' 74,634 eligible voters to cast ballots for them, the Electoral Commission said on Tuesday.

No campaigning is allowed during the 24 hours preceding the start of the vote, including rallies, parties or picnics, and any kind of political advertising. Candidates and political parties also must remove campaign material within 100 metres of polling stations.

The Electoral Commission asked that the police take "all lawful actions to address any action or omission which are in violation of any of the above and to collect all necessary evidence to allow prosecution of such persons." Failure to comply is an offence punishable by three years of imprisonment and a fine of SCR20,000 ($1,000).

Meanwhile, the only international observers of the election from the Eastern Africa Standby Force (EASF) is appealing to the citizens to maintain the peaceful environment, adhere to the rule of law and to promote respect and tolerance throughout the elections.

Both presidential and legislative elections in Seychelles, a group of 115 islands in the western Indian Ocean, will start on Thursday on Silhouette, Farquhar, Alphonse, Desroches, Coetivy, Platte, Poivre, D'Arros and Remire islands.

On the second day, Friday, voting will take place on Astove, Assomption, Aldabra, Ile aux Vache, Denis and Fregate islands and at special stations on the main island of Mahe.

The main voting day will be on Saturday October 24 where electorates will cast their ballots in the three most populated islands of Seychelles, Mahe, Praslin and La Digue from 7 a.m to 7 p.m.

Four parties and two independent candidates will vie for a seat in the National Assembly, the island nation's legislative body. LDS and US have candidates in all the twenty-six electoral districts on the three main islands of Mahe, Praslin and La Digue. One Seychelles and Lalyans have 18 and three candidates respectively.

The two independent candidates will be contesting elections in the central district of St Louis and northern Mahe district of Beau Vallon.

The last presidential election in Seychelles in December 2015 went into a second round, and the then incumbent President James Michel of Parti Lepep secured a third and final mandate winning 50.15 percent of the total votes cast.

Michel won 31,512 of the votes while his opponent the Seychelles National Party (SNP) leader Wavel Ramkalawan won 31, 319 or 49.85 percent of the votes. Only 193 votes separate the two candidates.

The legislative elections in September 2016 was also a historic event for Seychelles when the opposition coalition -- Linyon Demokratik Seselwa (LDS) -- won majority votes in 15 of the 25 constituencies contested, while the ruling Parti Lepep took the remaining 10. It was the first time since the return of multiparty democracy in Seychelles in 1993 that the ruling Parti Lepep lost its majority in parliament.

Normally, the Presidential and National Assembly elections in Seychelles take place every five years but this year the legislative election comes a year earlier due to an early dissolution by President Danny Faure in August. 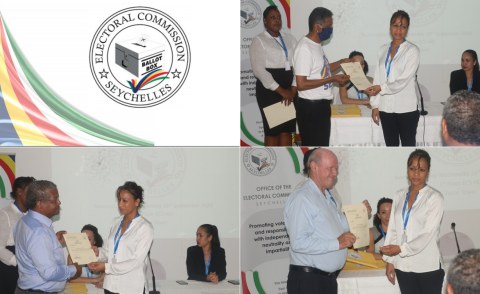 Three Candidates Nominated For Seychelles October 2020 Election
Tagged:
Copyright © 2020 Seychelles News Agency. All rights reserved. Distributed by AllAfrica Global Media (allAfrica.com). To contact the copyright holder directly for corrections — or for permission to republish or make other authorized use of this material, click here.