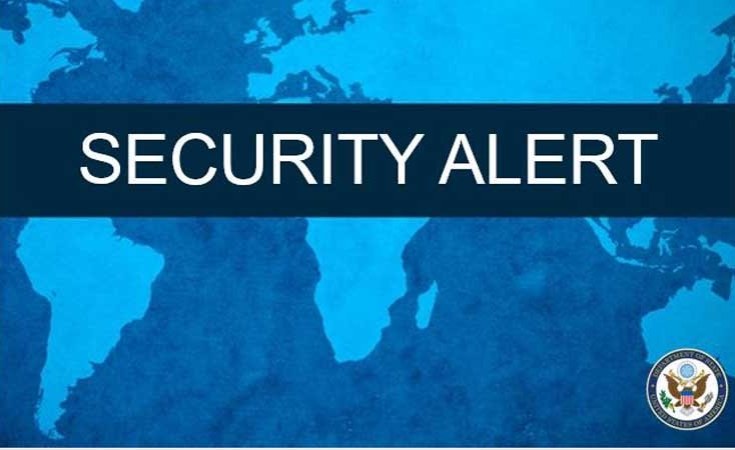 U.S. Embassy Nigeria
The U.S. Embassy in Nigeria issued an alert for American citizens on October 20 and announced closure of the Consulate in Lagos "for the rest of today and tomorrow."
Premium Times (Abuja)
By Adejumo Kabir

The U.S. government says it is taking precaution amidst violence in the city.

The United States Government has shut its embassy in Lagos for two days over rising violence rocking the city.

The U.S. embassy disclosed this via its official Twitter handle @USinNigeria on Tuesday evening.

"Multiple demonstrations are ongoing across Nigeria - to include areas within the consular districts of Abuja and Lagos.

"Although most demonstrations are peaceful, some have become violent and have shut down major thoroughfares and bridges.

"Some police stations have been targeted. Lagos State closed all schools indefinitely as of October 19 due to protests and implemented a 24-hour curfew starting at 4:00 p.m. on October 20.

"Consulate General Lagos is closed for the rest of today and tomorrow.

"We continue to urge all U.S. citizens to avoid areas around protests and demonstrations and to check local media for updates and traffic advisories. Continue to be vigilant and avoid areas affected by the protests," its tweets read.

Lagos witnessed multiple sites of violence Tuesday as the #EndSARS protests continued in the city, with demonstrators coming under attacks either by the police or thugs, according to witnesses. Hoodlums also targeted police stations.