West Africa: Donors Respond to UN Call for $1 Billion to Help in Sahel 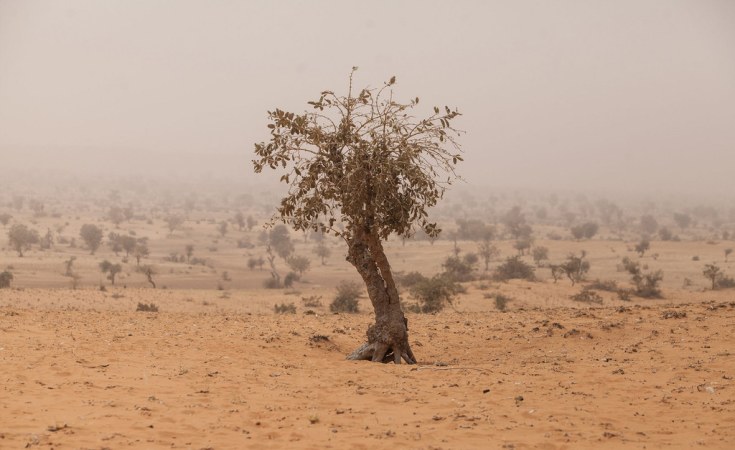 International donors on Tuesday pledged to assist countries in Africa's Sahel region. The UN sounded the alarm over the millions in Burkina Faso, Mali and Niger who are facing acute hunger during a militant insurgency.

The figures provided by the United Nations are staggering: 7.4 million people are facing acute hunger and more than 1 million Burkinabe and 288,000 Malians are internally displaced. Conflict and hunger have turned the Sahel region into the scene one of the world's fastest-growing humanitarian crises.

"The socioeconomic impact of COVID-19, the violence and conflict in these countries, currently floods are happening -- all of these make life for those people miserable," Bettina Lüscher, spokesperson for the UN's World Food Programme, told DW.

In Burkina Faso alone, more than 3 million people have no idea where their next meal will come from, Lüscher said. "We are worried that the number of people could rise to 13 million by the end of 2020," she added. She said the region had approached the tipping point: "They could see an irreversible slide into chaos."

Ivo Brandau, spokesperson for the UN Office for the Coordination of Humanitarian Affairs (OCHA) in West Africa, also painted a gloomy picture of the situation. "Everywhere, there is a lack of money," he said. "Many people are on the run and cannot support themselves. The number of displaced persons is 20 times higher than last year. We are now talking about 1.6 million internally displaced persons. Some have found host families, and others need accommodation, food, water and access to sanitation."

Mali: From stable to fragile nation

All three central Sahel nations: Mali, Niger and Burkina Faso, are caught up in violent extremist attacks, which have exacerbated the humanitarian situation.

"Mali was a prosperous country some years ago. However, due to the conflict since 2012 -- first, in the north where the rebellion took place -- pastoralists could not tend to their flock and agricultural land was not cultivated," Ekkehard Forberg, a peace expert with World Vision, told DW.

The conflict has since shifted to central and southern Mali and now affects the whole country. "Our external staff is not able to travel to the programs," Forberg said, adding that they have managed to keep operations only because they are working with local communities. "Some programs had to be suspended not only because of COVID-19 but mainly due to insecurity in the past year."

Donors seek to fill the gap

On Tuesday, the UN held a virtual donor conference to raise $1 billion (€847 millon) for the three affected countries. Germany's Foreign Minister Heiko Maas and representatives of the Danish government and the European Union took part too. Berlin has been a reliable donor to Mali in terms of development as well as military aid.

"We think that this focus on security in terms of providing training to local, national armies is not successful," Forberg, the World Vision expert, said, adding that the aid should go more into peacebuilding. "There is no national peace process in Mali, and we believe peace can only come from the bottom."

As international donors to the Sahel and the region's development partners race to the rescue, another crisis that rarely makes the news is unfolding in nearby northeastern Nigeria. Like the Sahel, Nigeria's north has been battling extremist violence for more than a decade. Boko Haram has been responsible for the deaths of tens of thousands. Some 4.3 million people face acute hunger, and the conflict has forced 2.7 million people to flee their homes -- 1.4 million of those are children, according to the UN.

"The security situation has made our work incredibly difficult," Lüscher of the UN WFP said. "It is affecting the civilian population but also the aid workers. That makes our daily work very dangerous; sometimes we can't reach the people we need to reach."

According to the International Crisis Group, the Boko Haram insurgency poses enormous security, humanitarian and governance challenges. The security think-tank says a military response is not the solution and might be counterproductive.

"The World Food Program can not do this alone," Lüscher said. "We need to make sure that the international community and governments are stepping up to tackle issues such as good governance, social justice and underdevelopment."