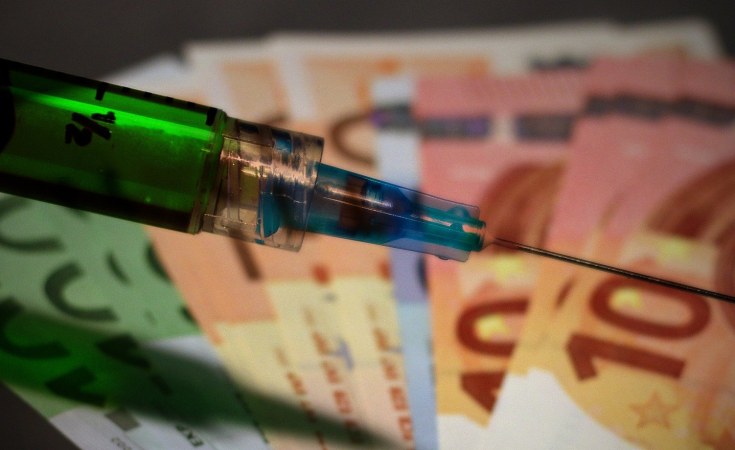 Government is seeking a Shs6.2 trillion loan to finance a deficit in the Shs45.5 trillion budget of the current financial year.

While tabling the request before Parliament yesterday, the State Minister of Finance for Planning, Mr David Bahati, said out of the Shs6.2 trillion, Shs4 trillion will be borrowed from the domestic market while the rest from the International Monetary Fund.

In May, the government revealed that the Shs45.5trillion budget would be funded with Shs32.97 trillion raised locally and Shs12.52 trillion from external sources such as loans and grants.

However, Mr Bahati told Parliament yesterday that because of the persistent trends of Covid-19, there was a shortfall of revenue in the last quarter of the 2019/2020, adding that the same problem was faced in the first quarter of the current financial year.

He said currently, Shs1.5 trillion has been raised from domestic financing, adding that it will be difficult to finance the budget without an assured secure source of funds following the current circumstances.

The minister said government has been facing different financial pressures which need attention all the time.

The Speaker of Parliament, Ms Rebecca Kadaga, sent the loan request to the Committee on National Economy for scrutiny.

The new loan joins a line of others still being processed by the committee chaired by Nakaseke North MP Syda Bbumba.

If approved, these requests will add to the current loan portfolio that stood at Shs48.91 trillion by December last year.

Shortly after the government tabled the loan request, Parliament passed a Shs3.7 trillion supplementary request that now pushes the expected government expenditure for 2020/21 financial year to about Shs49.2 trillion.

The Ministry of Defence and State House are the biggest beneficiaries of this supplementary budget and most of the money they are receiving is for classified expenditure which cannot be broken down to the MPs save for the three-man committee on classified budgets.

The supplementary budget, which comes four months into the current financial year includes Shs2 trillion for recurrent expenditure which means the government has already spent the money and Shs1.6 trillion for development expenditure.

"The Ministry of Defence and Veteran Affairs requested for Shs1.1245b to cater for mainly classified development expenditure. The funds are to ensure that our forces keep in tandem with technological advancements, professionalism of the army and dealing with new challenges in the defence sector," the report reads in part.

Defence has also already spent another Shs24.5b as a share of the Shs2 trillion recurrent expenditure.

The ministry was again a beneficiary of the Shs400b classified expenditure that was part of the over Shs900b supplementary budget passed in April. State House also received Shs90b of that additional budget.

This money can be spent without requiring prior parliamentary approval.

State House, which was allocated Shs465b out of the more than Shs600b requested for in the budget, also in yesterday's supplementary received an additional Shs451b.

This worried MPs on how much it will spend by the time Uganda goes through the 2021 General Election.

"We passed a budget of Shs465b just a few months ago. That means before we finish the first quarter of the Financial Year, State House has already spent Shs916b when you add on the money in this supplementary. We agree that State House has a President who does work but we still need to minimise his spending," Mr Nandala Mafabi (Budadiri West, FDC) said.

Opposition Chief Whip Ibrahim Ssemujju Nganda also wondered what the President is spending money on because "the children have now got married and left State House."

Ms Cecilia Ogwal (Dokolo Woman FDC) suggested that the Ministry of Finance should always table a lumpsum amount expected to be spent by the President instead of always seeking supplementaries.

A total of Shs450b will be spent on State House's classified expenditure, Shs1b will be spent by the President to fund the scientists tasked with the development of an anti-tick vaccine.

This means, Defence and State House will spend more than Shs1.5 trillion of the total supplementary budget on classified expenditure which is not subject to scrutiny by Parliament's accountability committees.

Mr Bahati said the Classified Expenditure Committee of Parliament had looked at the proposed areas for the classified expenditure by the State House and passed it, adding : "The President is in State House doing work."

Parliament, however, deferred the Shs30b that had been budgeted for compensation of the cattle keepers in Lango and Acholi sub-regions who lost their livestock during the insurgency.

The Budget Committee and the Attorney General were tasked to ensure a comprehensive list of beneficiaries is widely published before the funds are disbursed to each one's personal bank account.

Security sector is the second highest beneficiary of the 2020/21 budget having been allocated Shs4.5 trillion which represents 9.9 per cent of the total budget.