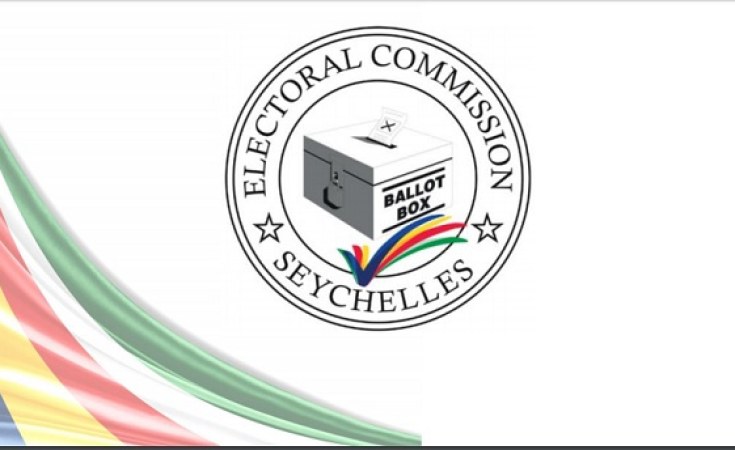 The Seychelles takes to the polls this week for its presidential and legislative elections. The elections are running concurrently in order to save money. This is because the COVID-19 pandemic has taken a toll on the tourism-based economy since the Seychelles closed its borders in March and only began phased re-opening in June.

In accordance with recently developed Southern African Development Community "Guidelines for observation of elections in the region under public health emergencies", pre-election consultations by observer groups were conducted virtually in August. The post-election analysis will also be virtual.

The United Seychelles Party has been in power since 1977 in various incarnations. It maintained victory at the polls even after the electoral system was democratised in 1993.

However, for the first time since 1993, the opposition Seychelles Democratic Union, won a parliamentary majority in the 2016 elections and party leader Ramkalawan is set to contest his sixth presidential election this year.

Based on the last election, the candidates from the United Seychelles Party and Seychelles Democratic Union are evenly matched. President Faure has focused on the economy in his campaigns, especially the rebuilding of national reserves; reducing partisanship in politics; and representing people from all walks of life.

Ramkalawan is equally focused on the economy. He has also committed to boosting the local economy should he win the seat. St Ange has pledged to decriminalise marijuana and install a technocratic government.

The Seychelles is relatively new to democracy. It held its first multiparty presidential and legislative elections in 1993. The country had been a one-party state since since 1979. The transition to a multiparty democracy was entrenched by the 1993 constitution.

Since then, it has built up a fairly good reputation for well-functioning, democratic governance. Barring some allegations of corruption in the electoral process, it has shown rapid improvement, thanks to a strengthened anti-corruption legislative framework.

As we observe in our paper on the quality of elections in Africa's small island states, Seychelles is an electoral democracy. It has committed itself to holding free, fair, and regular elections in accordance with its constitution. Its elections are managed by an objective, credible and responsible electoral institution although it has been accused of inefficiency in the past.

The country is also a signatory to the African Union's 2002 Declaration on the Principles Governing Democratic Elections in Africa as well as the 2007 African Charter on Democracy, Elections and Governance.

The Seychelles has done fairly well in adhering to the principles of free and fair elections. Since 1993, it has conducted five multiparty presidential and legislative elections. Observers have consistently praised its elections for being generally credible, transparent, peaceful, free, and fair.

However, in the last elections (2015/2016), the Seychellois Electoral Commission faced criticism for being inconsistent in enforcing its mandate. There were allegations of attempted vote buying, lack of efficiency in the electoral system, and limited civic education on voter registration and other voting procedures.

There were also concerns about definitions of the terms "votes cast", "valid votes cast" and "spoiled ballot paper". The lack of clarity muddied the results of the presidential election.

The election was one of the most "closely fought" presidential elections in Seychelles' history. Only 193 votes separated the two leading candidates following a second round runoff.

James Michel won 50.15% of the vote and opposition leader, Ramkalawan, 49.85 percent. The closeness of the result, irregularities noted above, and Ramkalawan's allegations of vote buying prompted a review of the country's electoral framework. Michel later resigned and Faure took over.

In reviewing the framework, the commission consulted political parties and civil society. This was based on the African Union's suggestion for more transparency in the system. It presented its reforms recommendations in 2017.

Based on those recommendations the National Assembly approved 17 amendments to the Election Act in August 2020. The aim was to ensure a fair and just electoral process. A 2018 amendment had already established a permanent chief electoral officer to oversee the Electoral Commission's secretariat and its operations.

As the Seychellois people go to the ballot, it is worth mentioning that historically, the youth vote has not been actively sought. This is despite campaign promises to include young people in matters of governance. The youth are considered to be the "most important and dynamic segment of the population". They are becoming an increasingly influential demographic. Yet, they have shown relatively little interest in exercising their right to vote, and should be encouraged to do so.

Also, women are not as active in the country's politics as they could be. Women's representation in the Seychellois parliament dropped from 43.75% in 2011 to 21% in 2019. This is below the 23% world average. Moreover, in the history of the Seychelles, only one woman - Alexia Amesbury - has contested a presidential election.

Amesbury is a well-known Seychellois lawyer, politician and human rights activist who has since been elected to the African Commission on Human and People's Rights. The absence of women representation is a worrying trend because it means less participation across all levels of decision-making. This has dire consequences for attempts to achieve equality and sustainable development for everyone.

There needs to be more discussion on longstanding traditional beliefs about the role of women in leadership. Despite the Seychelles' general appearance as a matrifocal society, when it comes to political leadership, women are often perceived as having been promoted through the benevolence of a male presidency.

Away from the limited representation of women and the youth, there is nothing to suggest that the coming elections will not be free and fair. What remains to be seen is how the virtual election observation will play out in upholding the credibility of the process.

Nevertheless, even with the above points of contention, the electoral management body appears to be playing its role fairly well. And the amendments to the electoral laws are an indication that the Seychellois government is intent on upholding the principles of electoral procedure and practice that it has committed to.