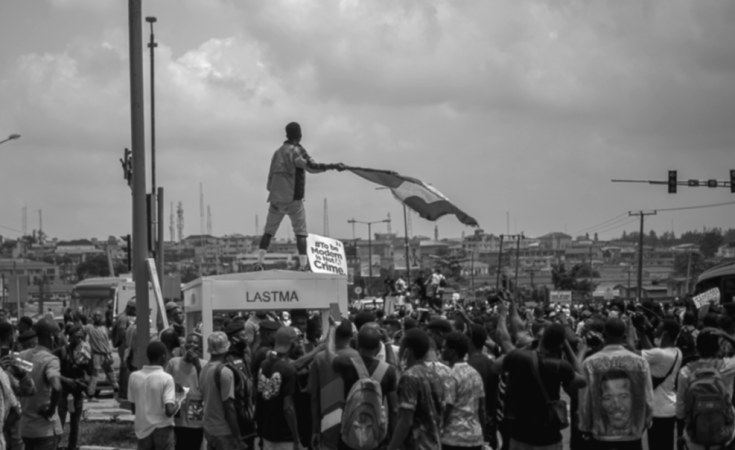 As police enforced a round-the-clock curfew in Lagos after the army reportedly shot protesters there, angry Nigerians living in South Africa came out in their hundreds to march peacefully to their country's high commission in Pretoria to protest against Nigerian government failings.

Every Nigerian in South Africa has a story about why they are here, said Michael Ijeoma, a 42-year-old entrepreneur who came out with about 1,000 of his countrymen to protest in front of the Nigerian High Commission in Pretoria in solidarity with the #EndSARS protests back home.

Many of these stories involve young people feeling that Nigeria is not a place that encourages or allows people to reach their full potential. "At some point you get frustrated, and you just want to leave, and that's why most of us left," Ijeoma said.

There was a simultaneous protest in front of Parliament in Cape Town, and earlier protests elsewhere in the world including in the UK, the US and Australia.

"The [#EndSARS] protest is really about fixing the country," said Ijeoma, who has lived in South Africa for 15 years.