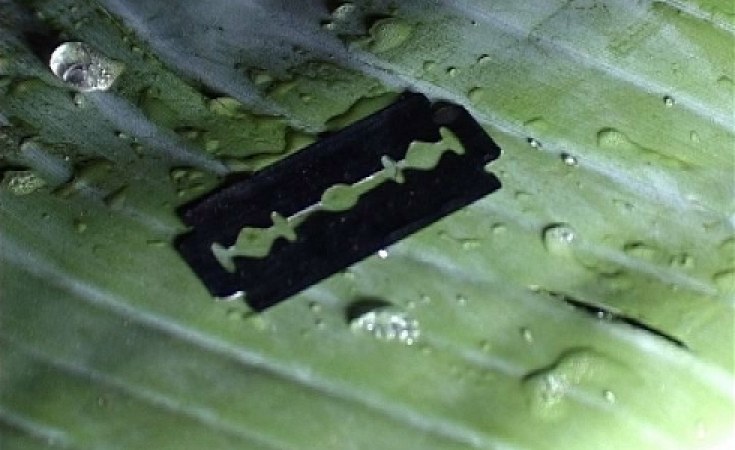 When Rugiati Turay was 12, she was taken to an aunty together with her three sisters and a female cousin.

"We were told it was just a visit," Turay, now 47, recalls. "But I was grabbed and blindfolded and taken to a room. Women sat on me and held me down."

Turay's clitoris was then cut off. She still remembers the pain.

"I bled excessively and I almost lost my life. For one week, I could not walk," Turay told DW. "All I knew was just the pain and the bleeding."

Like Turay, some 90% of women and girls in Sierra Leone undergo female genital mutilation, or FGM. It is a cultural practice that involves the partial or total removal of the female genital organs, such as the clitoris or labia.

As well as severe bleeding, FGM can cause a variety of health issues from infections and cysts to infertility and complications in childbirth.

In Sierra Leone, the cutting is part of the initiation into secret women's societies, known as Bondo, that prepare girls for marriage and motherhood.

When she was cut as a girl, Turay didn't have the knowledge to express what had happened to her. She just knew it was wrong, she said in a telephone interview from Lunsar, a town some 120 kilometers (74 miles) from the capital, Freetown.

"I started talking to my friends, explaining to them what I went through," she said. "Because we were all eager ... to become members of the Bondo society. But when I experienced what I experienced, I thought it is high time to talk to others and not to be fooled."

Turay started her anti-FGM campaign in a refugee camp

More than a decade later, Turay found herself in Kalia refugee camp in Guinea, where she had fled Sierra Leone's civil war that raged from 1991 to 2002.

In the camp, she was shocked that amid the hardship and insanitary conditions of the camp, mothers were still organizing for their daughters to be cut.

"I saw Sierra Leonean women think they have to keep up with the initiation of their children when it was even difficult to get food," she said.

That was the moment when Turay, who had trained and worked as a teacher before fleeing the fighting, started on her journey to campaign to stop female genital mutilation in Sierra Leone.

The nation is one of 28 African countries where female genital mutilation is practiced.

"I decided [that] we needed to engage these people. They needed to know that we have run away from violence committed to us by people and we are now perpetuating that violence on us," she said.

In 2000 while still in Kalia camp, Turay founded the Amazonian Initiative Movement (AIM), together with a group of like-minded women, to reduce the incidence of FGM among the refugees.

The name was taken from the "strong and fearless" Amazonian warrior women from Greek mythology, explains Turay, chosen because "looking at the issues I was determined to address and knowing [Sierra Leone] and the people where I came from, I knew it was going to be a rough battle."

In 2003, when she returned home after the end of the civil war, Turay started up a branch of the grassroots organization in her hometown of Lunsar.

Turay believes it's vital to engage with everyone involved

As part of their activities, Turay and other AIM activists visit villages to talk to those involved in FGM, from women and girls, to local chiefs and imams.

They also seek out the soweis, the traditional cutters, who earn a living from the practices. They seek to convince them to stop cutting and look for alternative livelihoods for these women. AIM has held several public ceremonies involving hundreds of soweis who have vowed to lay down their knives and razor blades.

It has also held a large alternative rites of passage lasting for 14 days to replace the traditional Bondo bush ceremony that girls usually pass through during initiation but without the cutting.

As well as running a safe house for girls fleeing from FGM and other violence such as forced marriage, AIM has built a school that includes a curriculum teaching about cutting.

Facing death threats and bans from her village

Turay's work hasn't been easy. Initially, she couldn't even rent a building for AIM as no one wanted to have anything to do with an anti-FGM organization.

Luckily, her father supported her efforts, turning over his own house to use as her office.

She, and others involved in the organization, have also faced numerous death threats as well as being banned by the village chief - something Turay says has only hardened her resolve.

"When you threaten me and say you'll kill me, I come back and I engage you," she said.

"I ask, 'Why do you really want to kill me? Tell me, what have I done? Have I killed anyone? No, I want to change your beliefs that are not progressive, that have killed so many people, that have kept others quiet but suffering in silence'."

And so I use those threats and I talk to the leaders of the secret society and I engage them."

For her unflinching activism, Turay has now won the Theoder Haecker human rights prize, awarded by the southern German city of Esslingen.

Because of coronavirus travel restrictions, Turay will attend the awards ceremony on October 24, 2020 virtually. Turay was nominated by the German women's rights organization, Terres des Femmes, for the award.

Veronika Kirschner from Terres des Femme, who has known Turay for more than a decade, says the activist's strength lies in her charisma, her respect for those she meets with and her ability to meet everyone at their own level.

"She's not arrogant or condescending, rather she talks to people in a very, very kind [way]. I think that's really important [when talking] about this topic because it's a sensitive issue that people are a bit ashamed to talk about," Kirschner told DW.

"But the way [Turay] just opens up the discussion and questions people about it is so healthy and so helpful. And I think it really helped a lot of people to start thinking: Is this tradition really good? Does it harm our people more than it helps?'"

The prize comes with €10,000 ($11,900). Turay says she already knows what she will do with the money. A third will go towards vocational training for traditional cutters, a third will be used to pay school fees for vulnerable children, and a third will hopefully be put towards university fees for herself.

She would like to do further study in the United Kingdom, to learn more about management and leadership.

And as for campaigning against FGM in a country where the practice has hardly declined, Turay says she is "even more determined" to keep up her work. This is especially true when she meets women who hear about the dangers of FGM for the first time.

"When the woman say: 'this is the first time we've heard about this and we have to make sure we work together to protect our children', I am more motivated than I when I started."