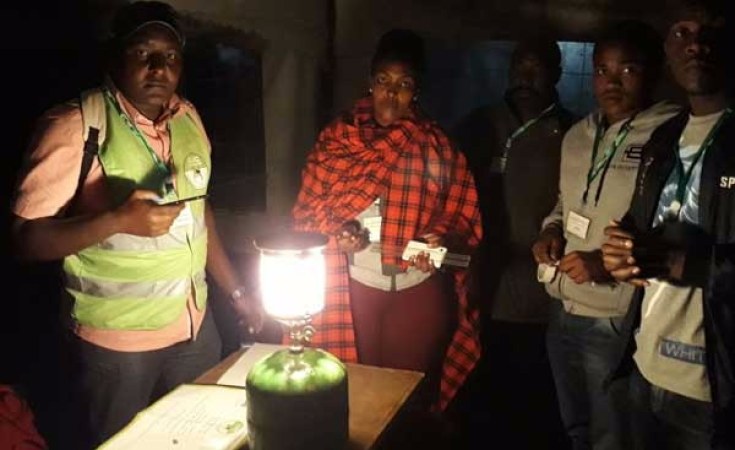 Deputy President William Ruto has warned that there is no room for divisive, tribal politics in his Rift Valley backyard ahead of the 2022 elections.

He said those eyeing various political seats in the region will not be allowed to fuel ethnic tensions.

Speaking on Wednesday during the burial of Huruma ward rep Peter Chomba in Eldoret, Dr Ruto said there is no region which belongs to a particular tribe. "In this region, we believe in democracy and peaceful co-existence. There is nothing like us versus them," the DP said.

He told local leaders to tone down on high-octane politics. "We have buried the politics based on hatred. Uasin Gishu is for everyone; you can do business, buy land, seek a political seat and educate your children here. When we go to elections, we choose leaders, not tribes," said Dr Ruto.

The DP's lieutenants also reaffirmed their commitment to peace. "We cannot have a situation where when there are elections, certain tribes have to travel to their home counties fearing that they will be attacked. We have to say No to this culture," said Kapseret MP Oscar Sudi.

However, some leaders from the region accuse the DP of employing intimidation tactics.

Mr Kutuny told the Nation that Dr Ruto's camp has realised that the ground is shifting and they have resorted to dirty politics of mudslinging their opponents.

"The DP has realised that the community is not with him and some of us who have been against their theatrics are being heard... they have now started inciting people against us," he said.

Mr Kutuny, who is allied to the President and Baringo Senator Gideon Moi said they have a plan to lock out Dr Ruto out of Rift Valley politics.

"Instead of building bridges, he has been destroying them. We are now focused on wresting the region from the DP because he has failed the community," he said.

According to ODM Devolution Secretary Kipkorir Menjo, those allied to the DP are using unemployed youth and some boda boda operators to attack their opponents.

"A number of lawmakers allied to DP are inciting youths against those who are not supporting him," said Mr Menjo.

Mr Tolgos, who has had a long-running personal battle with Senator Kipchumba Murkomen, recently asked those surrounding the DP to desist from chest-thumping and undermining other leaders who do not agree with them.

"They claim that I am a docile politician but one thing they should know is that I only need to be popular in this county because this is where voters have employed me. With their popularity, they fought me during the 2017 polls but they were unsuccessful," he said

Dr Ruto's camp has settled on Aldai MP Cornelius Serem and Mr Sudi to warn 'rebels' that they are no longer championing the community's interests while Mr Murkomen and Soy MP Caleb Kositany have been left to handle the national politics.

Mr Serem said those who do not support the DP's State House bid will face an uphill task when seeking reelection. "Anyone who is not supporting the DP for the presidency must know that they are heading to political oblivion. We must tell our people that these individuals led by Kutuny are lying to them, hence they will not receive any backing," said Mr Serem.

For Keiyo South MP Daniel Rono, anyone who does not toe the line will not be elected in 2022. "We are yet to commence campaigns against them but they have to be scolded because DP Ruto is our community leader and those who do not support him are betraying the community," said Mr Rono.

Belgut MP Nelson Koech said the community has taken a political direction and anyone who goes contrary to the people's wishes will be thrown out.

He said there are more than 100 MPs who are ready to marshal support for Dr Ruto. "History is replete with how rebels from our land were dealt with by voters. The community has already taken a direction politically and anybody who deviates from the course will be punished by the community and not the DP," said Mr Koech.

"As leaders, let's not be brokers. We should speak in one voice. The DP is the de facto Rift Valley leader. There's no contest in Rift Valley. We are very settled here. Contests only exist in newspaper pages," said Kericho Senator Aaron Cheruiyot in a past interview.

Nandi Senator Samson Cherargei said MCAs and opinion shapers will be enlisted to popularise Dr Ruto's presidential bid. "We have drawn an inclusive plan to consolidate support for the DP and those opposed to his candidature are spoilers," said Mr Cherargei.

Previous Story
What U.S. Vote Means for Kenya and Africa
Next Story

What U.S. Vote Means for Kenya and Africa

Kenyatta Hint at Rotational Presidency a Bid to Block DP Ruto?
Tagged:
Copyright © 2020 The Nation. All rights reserved. Distributed by AllAfrica Global Media (allAfrica.com). To contact the copyright holder directly for corrections — or for permission to republish or make other authorized use of this material, click here.